` Forget Pitching to Hollywood. Zach Braff Raises $1.9 Million in 2 Days on Kickstarter. - If It's Hip, It's Here
Skip to content 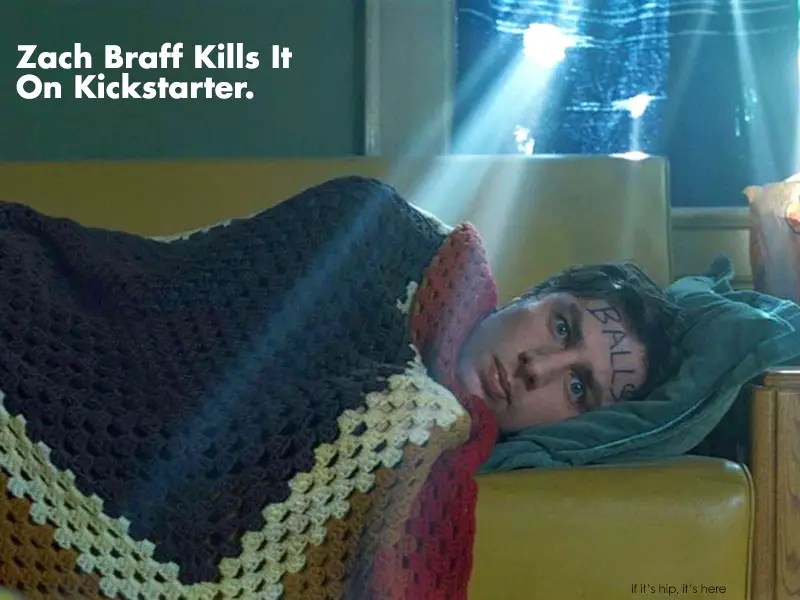 Actor-director Zach Braff is killing it on Kickstarter. He has forgone traditional ways of getting Hollywood backing and has raised $1.9 million (and counting) in two days on the crowdsourcing platform, for “Wish I Was Here,” his follow-up to “Garden State.” His goal was to reach $2 million in funding in a month. above: Zach wrote the move with his brother Adam last summer.

His earnest and likeable video pitch on Kickstarter has appearances by Jim Parsons, Donald Faison and Chris Hardwick:

Cinematographer Larry Sher, who shot Zach’s first film, Garden State, as well as the hangover franchise, has agreed to shoot “Wish I Was Here”: Here is a drawing of the film’s characters by Colin Fix (the film in NOT animated): To get all the details about the film or to become a supporter and see what goodies various pledges will get you, visit Zach’s Kickstarter project.