you are here: if it's hip, it's here » fashion » kicks » Foot Locker’s Week Of Greatness Is Introduced By "All Is Right", A Hilarious TV Spot About Making Wrongs Right. 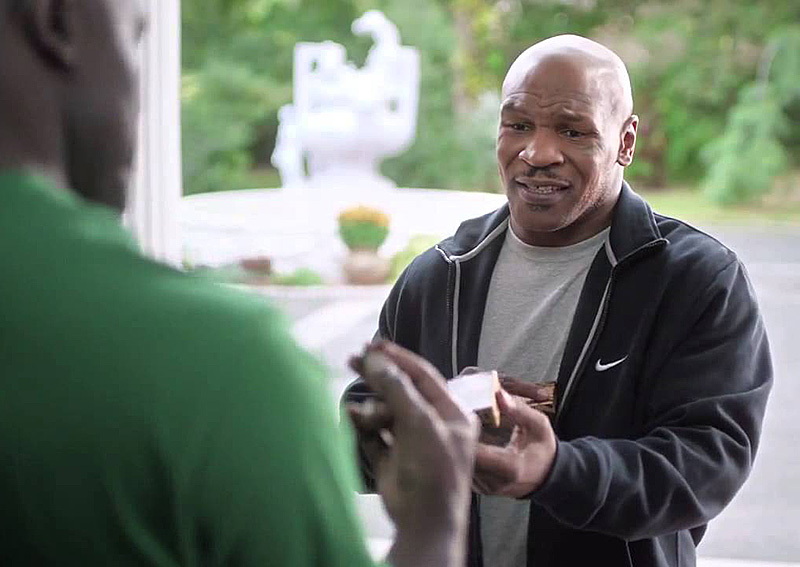 “I kept that in formaldehyde” says Mike Tyson of Evander Holyfield’s ear, which Tyson partially bit off in a Championship fight 16 years ago, and now returns in a gift box to the former Heavyweight fighter.

Sound funny? It is. And it’s just one of the brilliant moments in Foot Locker’s new tv spot to promote the stores’ Week Of Greatness and the premium shoe releases which begin on November 23rd. 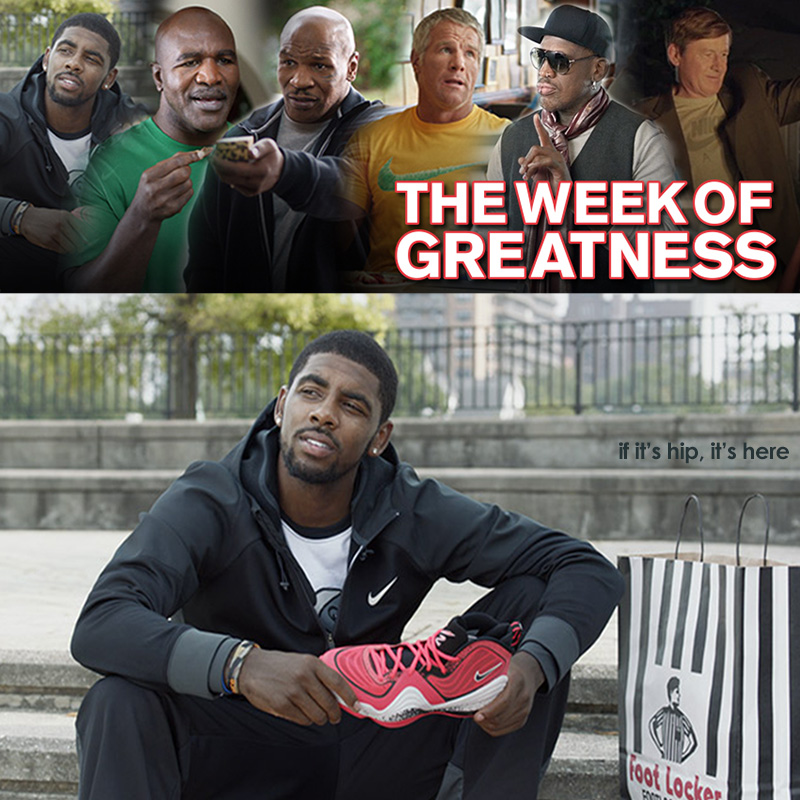 above: Kyrie Irving’s dream brings together some of the most eclectic stars past and present to proclaim once and for all that “All is Right” during Foot Locker’s Week of Greatness.

The minute long television commercial by BBDO New York and directed by Jim Jenkins brings back NBA’s Kyrie Irving as a spokesman, dreaming of righting the world’s wrongs – which also include sending Dennis Rodman to North Korea permanently, seeing Brett Favre finally walk away, and Craig Sager’s decision to finally change his wardrobe.