Andrew Greaves of the Bolton News reports “Plans submitted to Bolton Council last week, by international firm Make Architects, show the kitchen as the “heart” of the development with several wings — with titles such as eat, relax, entertain, work, sleep and play — arranged around the central area like petals on a flower.

In a report to the council, the architects said: “Having spent time with the client and his family at their existing house, it became very clear that the kitchen should be the focus of the new home, as it is the space they inhabit most on a daily basis. 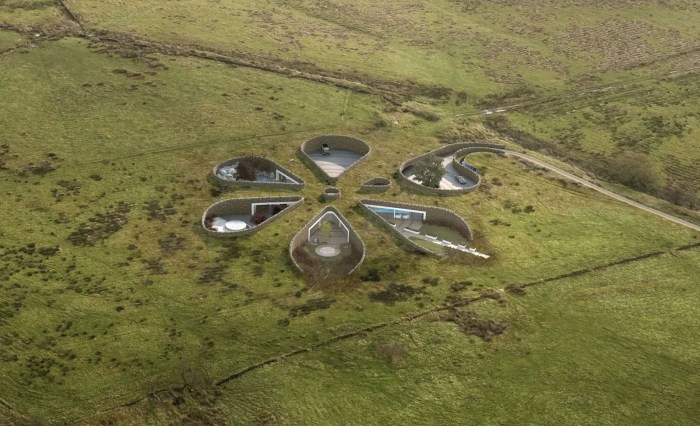 “In response to this, we have structured a spatial arrangement on a single level, where public (entertaining), family (day-to-day), private (bedrooms) and functional spaces (utilities) are incorporated in separate wings which all radiate from a centrally located kitchen at the heart of the house.” 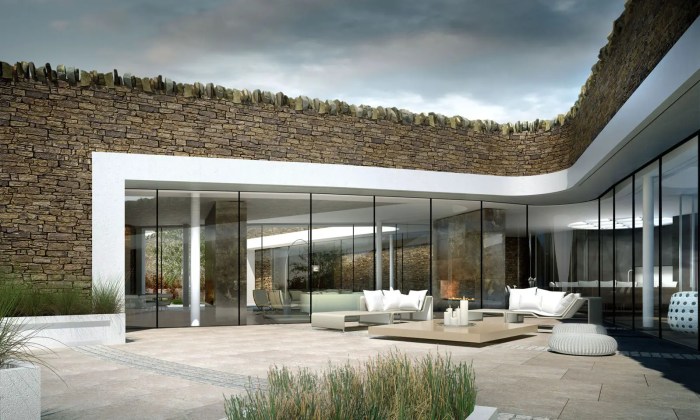 Also in the report, which is one of several documents included with the application, the development is likened to the Skara Brae Neolithic settlement in Orkney, because of the way it is built into the hillside which “enables the surrounding moorland to seamlessly flow across the roof”.

Gary Neville, who holds an honorary degree from the University of Bolton for his outstanding contribution to football, worked closely with the award-winning architects on the scheme which is noted for its resemblance to the set from CBBC’s Teletubbies.

Stuart Fraser of Make said: ‘The client has been heavily involved in the design process and is passionate about preserving the natural beauty of this area.’

The carbon-zero home took more than three years to design. 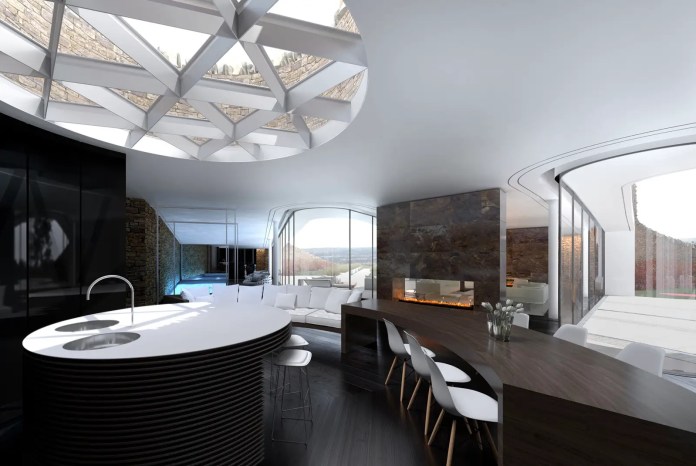 above: the central kitchen Soroche Creates 3D Paper Animal Masks For The Wall. Or Your Head.

Introducing The Ponysaurus Brewing Co. And Their Beautifully Branded Beers.