` Danielle Clough Serves Up Some Unusual Embroidery - If It's Hip, It's Here
Skip to content 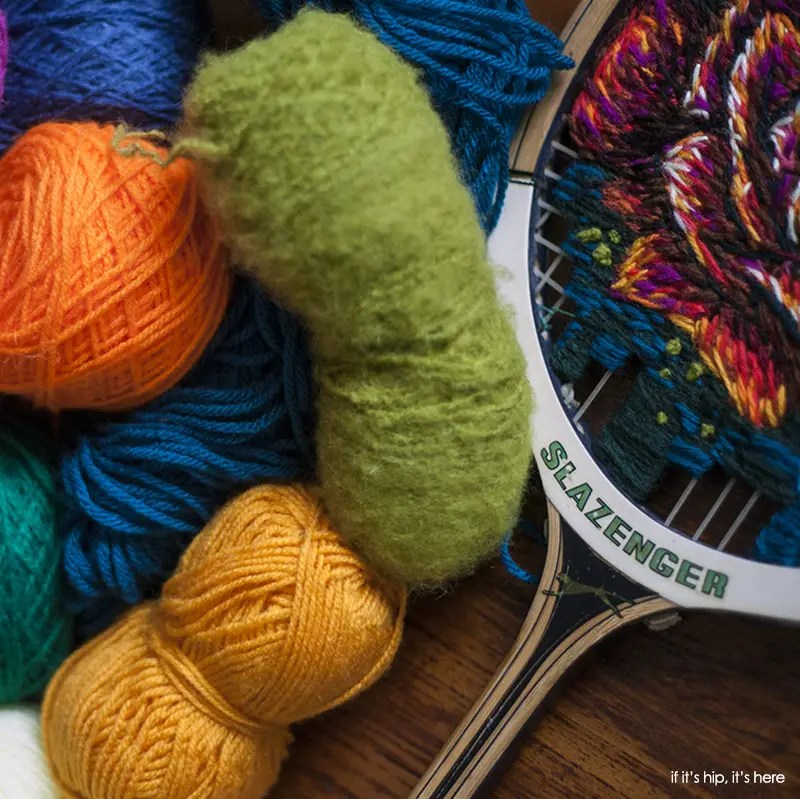 Amongst her many projects is her “What A Racket” series of fibre art in which she applies her needlework roses and flowers to the faces of old tennis racquets. Yes, both racket and racquet are considered acceptable spellings. Clough studied art direction and graphic design at The Red and Yellow School before embarking on a career in visual art, digital design and now as a fibre artist. In addition to her work as a designer and fibre artist, she also dabbles in photography.  She even combined her interest in visual art, music and South African street culture scene which led to an experimental stint creating visuals for live music events. Using the stage name Fiance Knowles, Dee has performed with local DJ artists Haezer, PH Fat, Los Tacos, Amy Ayanda and internationals acts such as the Allah Las, Apashe, Cid Rim, and Black Sun Empire. 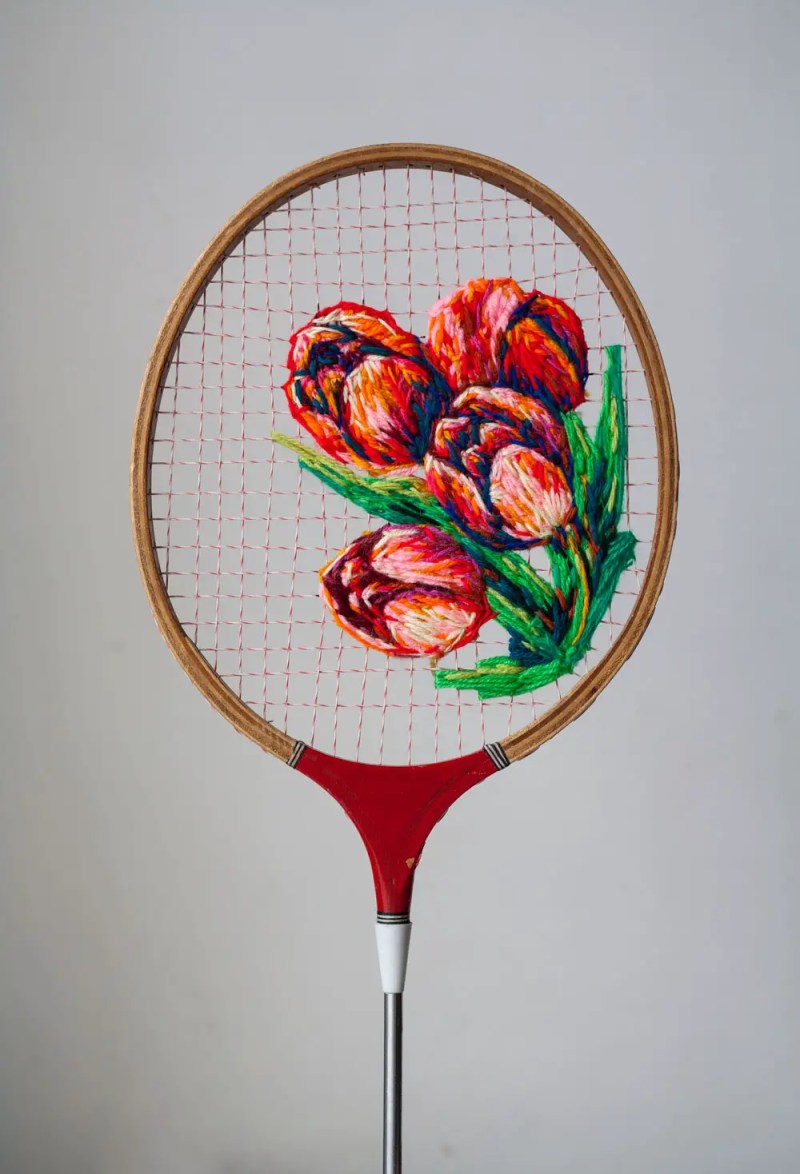 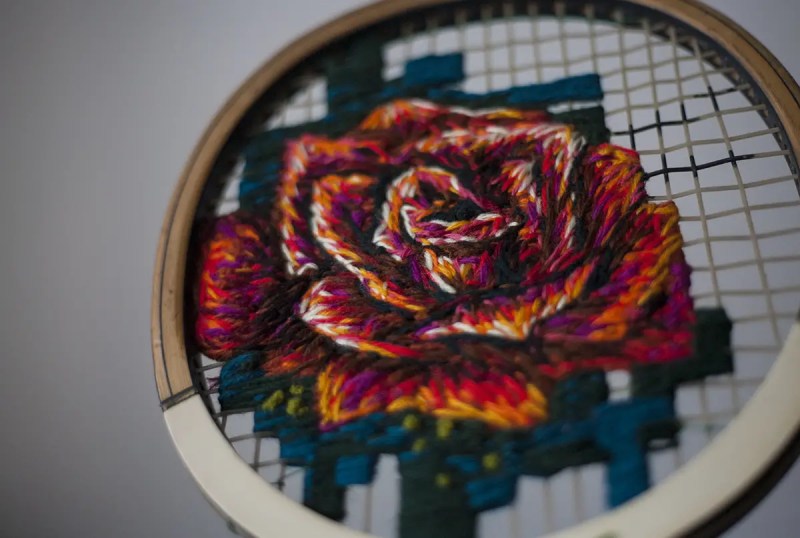 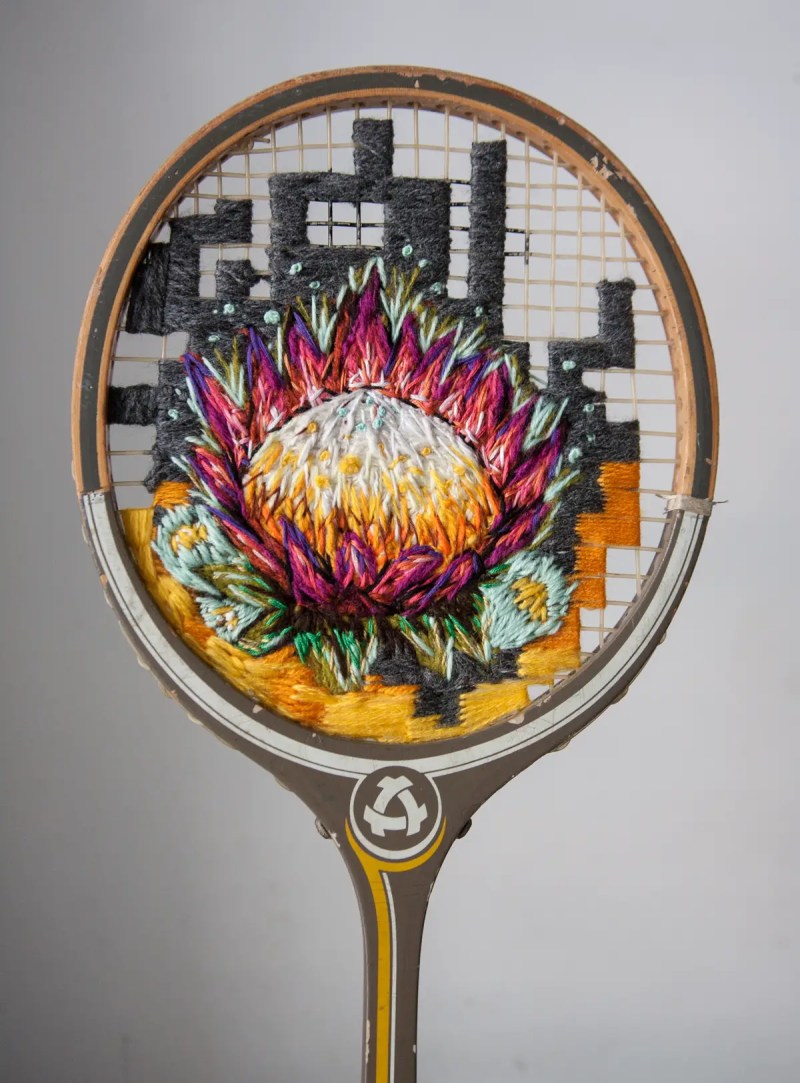 Daniel has many wonderful embroidery series including those of dogs, cats, rabbits, skulls, fast food and miniature veggies. Keep up with her work by following her on @fiance_knowles

A Mirrored Pavilion At The Edge Of Wonderland