` The Artist Whose Minimalist Trump Became A World Icon - If It's Hip, It's Here
Skip to content 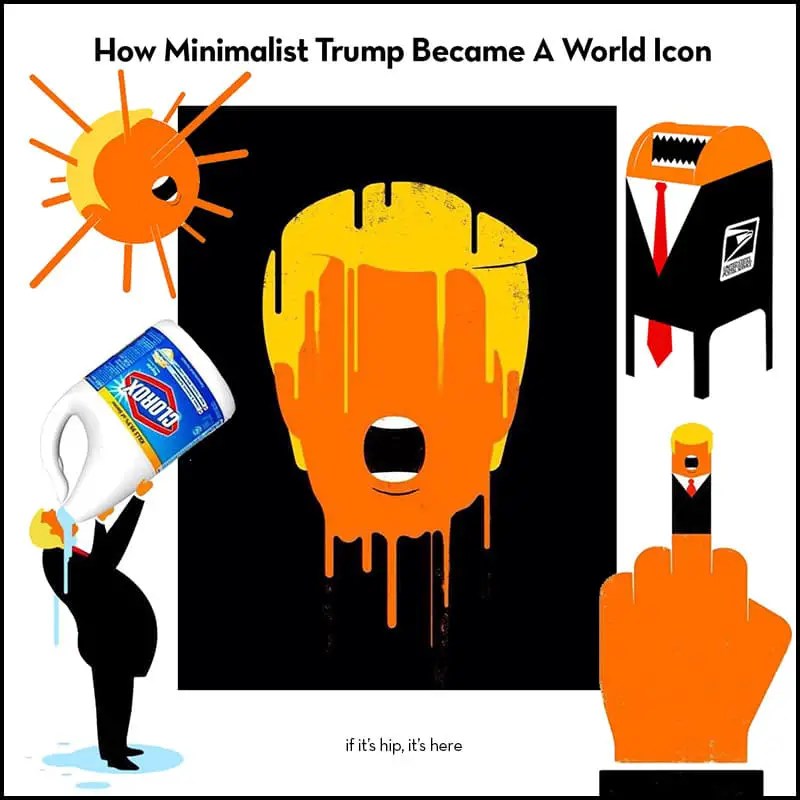 You may not know him by name, but you know Edel Rodriquez’ artwork. His minimalist iterations of an eyeless orange Trump with yellow hair clad in black suit and red tie have become an internationally recognizable icon. Gracing the covers and editorials of TIME, The Economist, Der Spiegel and other magazines worldwide, Rodriquez has effectively created a visual archive of Trump’s four years in office.

Little editor’s note here: We’ve been a fan of Edel Rodriguez’ long before he ever created his iconic Trump,  we featured him and his beautiful illustrations for Mohawk’s Loop Paper catalog here way back in 2007. When the cover of German magazine Der Spiegel featured his illustration of an eyeless President Trump holding the decapitated head of the Statue of Liberty alongside the headline “America First” in February 2016, little did the Cuban born artist know that he would earn the nickname “Trump’s most hated artist.” The controversial cover was reprinted everywhere and Edel’s minimalist Trump was introduced to the world. Now Liberals everywhere share his art with a giggle as the Radical Right curse every image. 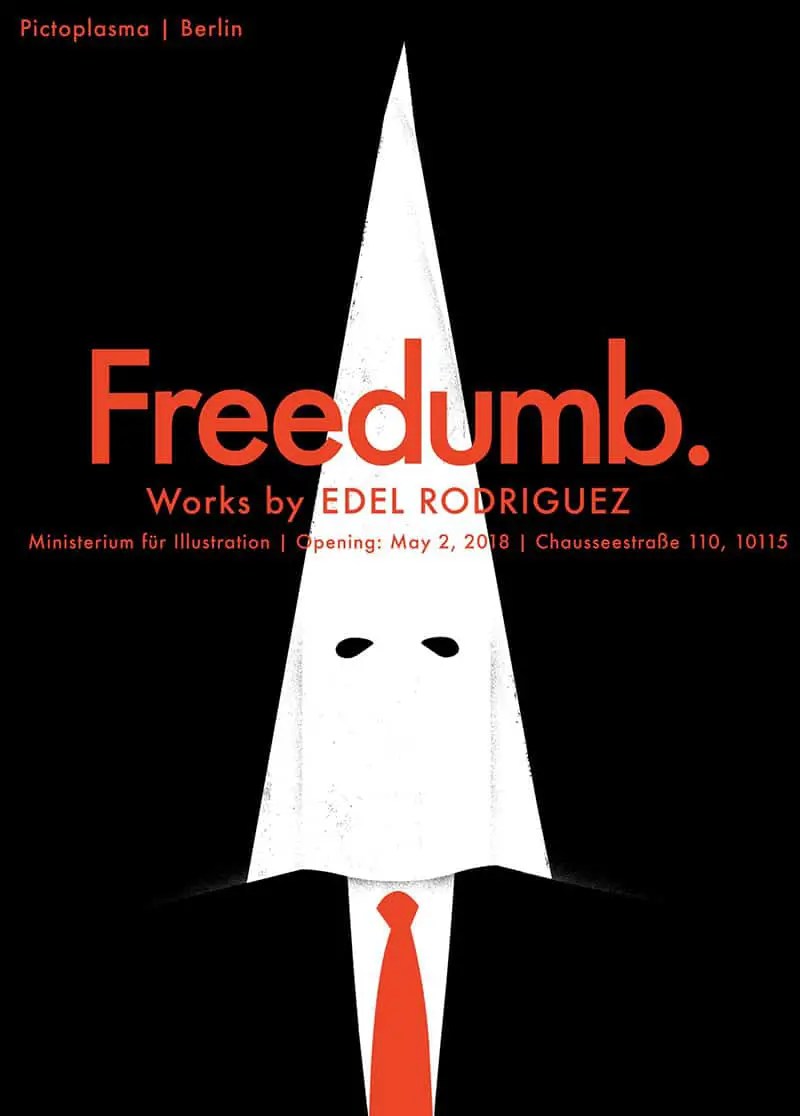 Best known for magazine covers, below are some of his most controversial for TIME magazine and Der Spiegel magazine. 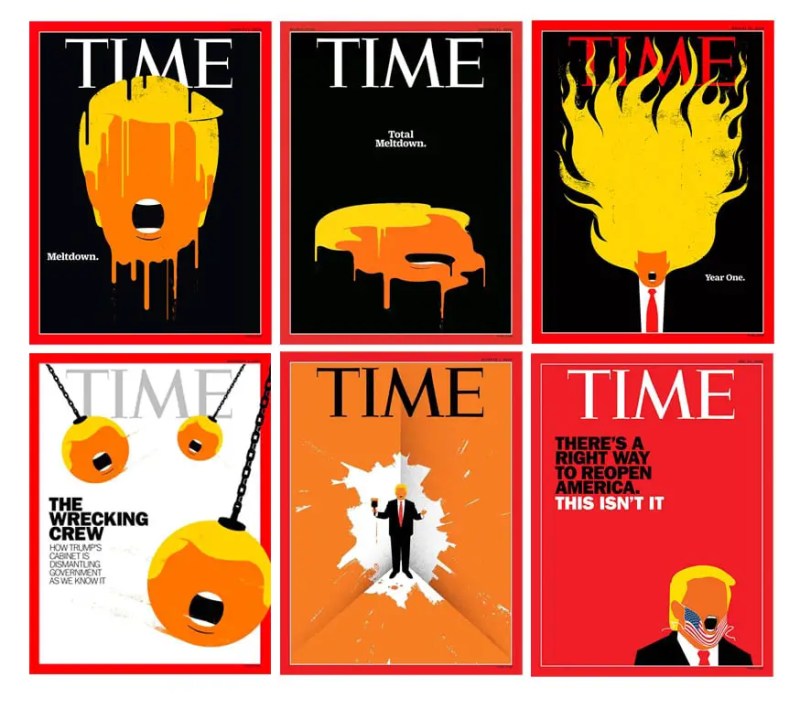 Regarding his minimalist rendering of the 54th President, Rodriguez explained on Twitter that “for many of my graphic images I do a full line drawing to work out the shapes and proportions. I then remove all of the line work because who wants to look at that face?” While you may be familiar with the aforementioned, he’s also created international book covers, posters, fine art and editorial art featuring Trump’s follies and farces – all in his inimitable style. 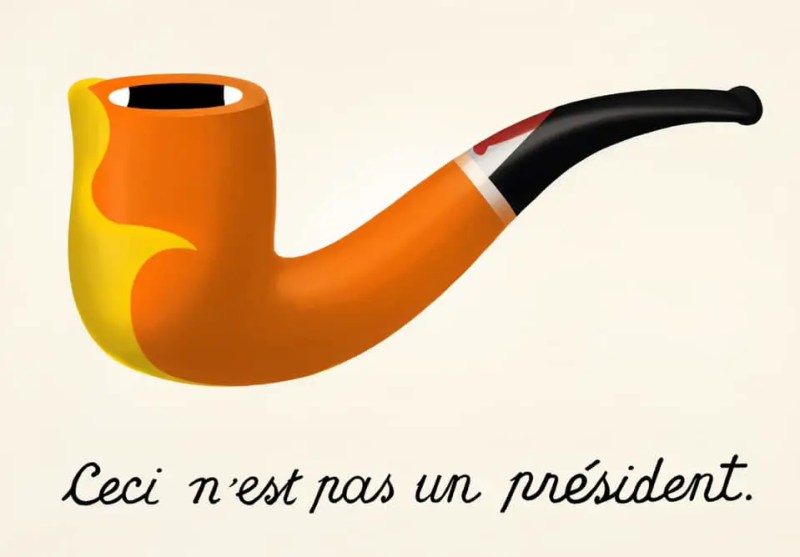 Even Edel’s own holiday cards feature his famous icon: 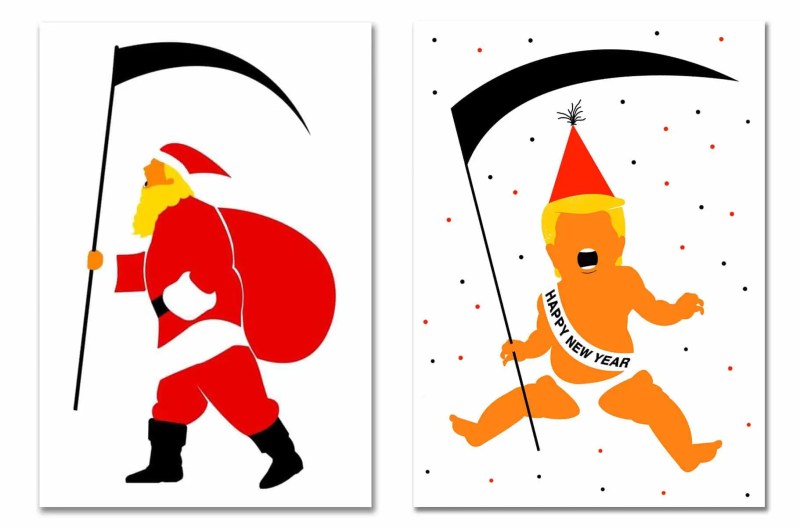 Below are several editorial images of his minimalist Trump regarding the Coronavirus, Racism, Running against Biden and Overall Stupidity since 2016. 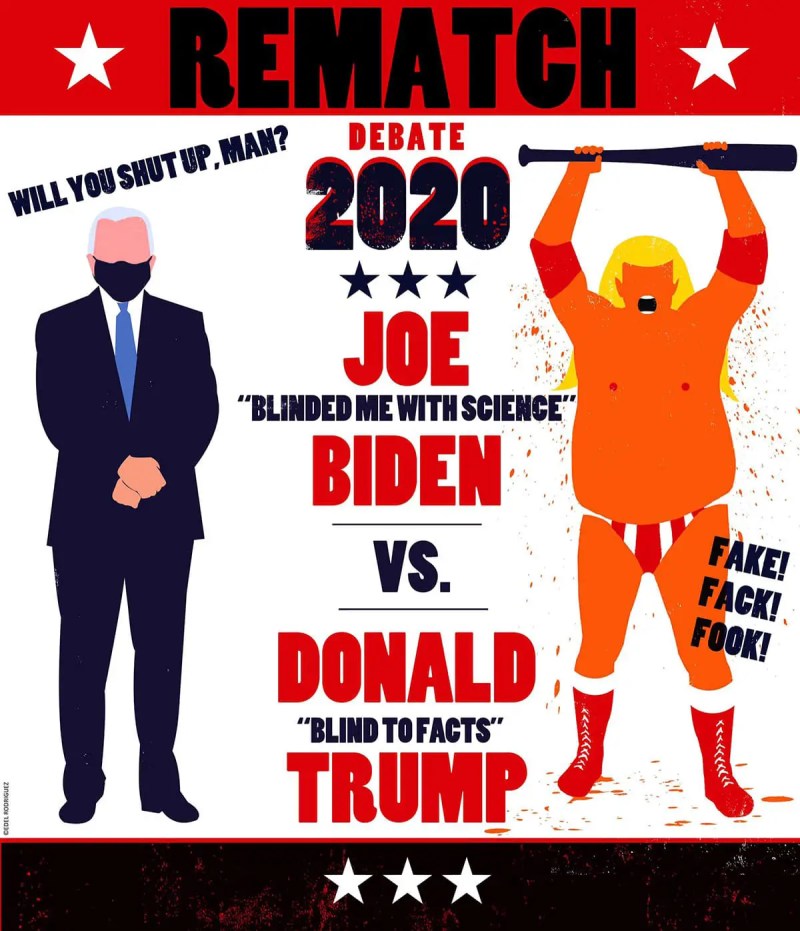 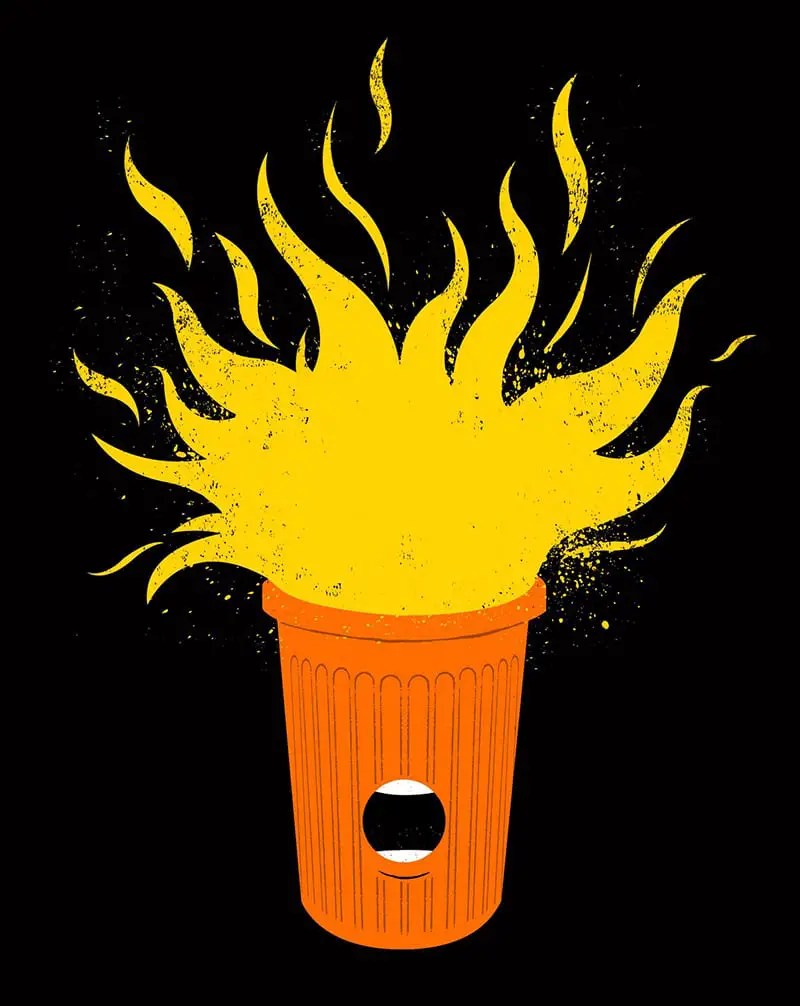 Edel Rodriguez is a Cuban American artist who has exhibited internationally with shows in Los Angeles, Toronto, New York, Dallas, Philadelphia, and Spain. Inspired by personal history, religious rituals, politics, memory, and nostalgia, his bold, figurative works are an examination of identity, cultural displacement, and mortality.

Edel Rodriguez was born in Havana, Cuba in 1971. He was raised in El Gabriel, a small farm town surrounded by fields of tobacco and sugar cane. In 1980 Rodriguez and his family boarded a boat and left for America during the Mariel boatlift. They settled in Miami where Rodriguez was introduced to and influenced by American pop culture for the first time.  Socialist propaganda and western advertising, island culture and contemporary city life, are all aspects of his life that continue to inform his work.

In 1994, Rodriguez graduated with honors in painting from Pratt Institute in Brooklyn, NY. In 1998, he received a Master of Fine Arts degree in painting from Manhattan’s Hunter College graduate program. Throughout his career, Rodriguez has received commissions to create artwork for numerous clients, including The New York Times, TIME Magazine, The New Yorker, and many other publications and book publishers. Rodriguez’s artwork is in the collections of a variety of institutions, including the Smithsonian Institute in Washington D.C., as well as in numerous private collections.

Jeff Koons Designs the 17th Art BMW (And A Really Good Look At The Other 16).