you are here: if it's hip, it's here » art » Drown The Dolls. Art Explores Women’s Issues By Submerging Barbie Underwater. 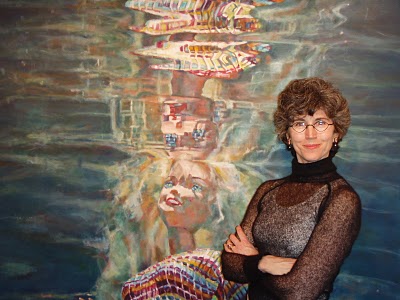 above: artist Daena Title in front of her painting, Big Doll.

In her series, “Drown the Dolls”, Title appropriates the iconic image of Barbie. With so many loaded connotations, she is the perfect muse. Inspired by childhood memories and adult hang-ups, viewers bring their own associations to the paintings. Title explains, “…[Barbie is a] 50 year old icon that women hate to love and love to hate…everyone seems to have their own Barbie story.” Each work in the series portrays Barbie fully submerged in water, seemingly drowning while maintaining her trademark composure. She is either floating alone or wholly dunked by a smiling young girl on the brink of pubescence; still a game, not meant to harm, but not entirely without malice. 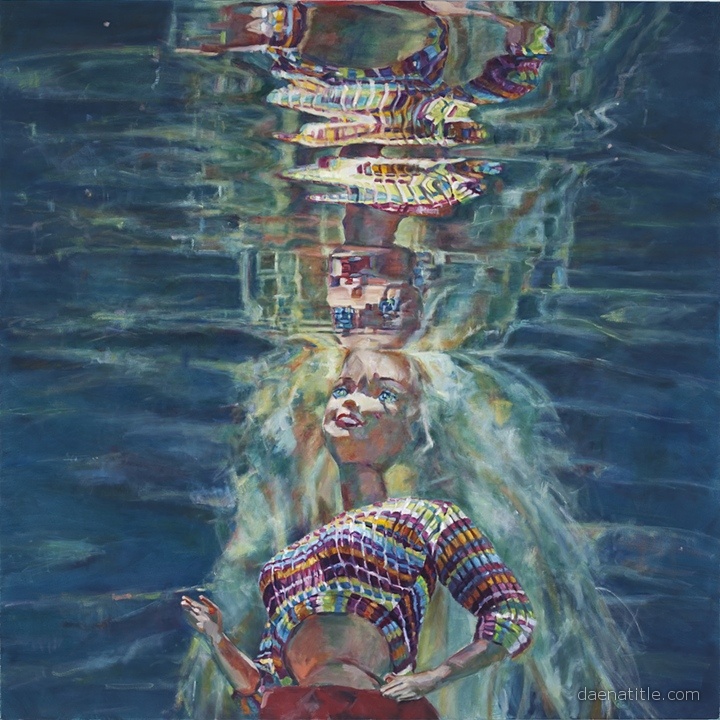 The images capture that most influential window in a girl’s life, not a little girl but not yet a woman and warily aware of the uncertainty of her own body and her future standing in the world. Barbie is an object that projects perfection – for some it is a beauty to aspire to, for others a beauty unreachable. Title approaches her canvas with formal compositions of refraction and reflection which mirror the way women have seen themselves reflected, for better or worse, in Barbie’s image: her constant smile, implausible waistline, her over-blonde hair. “The paintings literally shove her in our faces, the same way society shoves this ideal at us,” Title states. 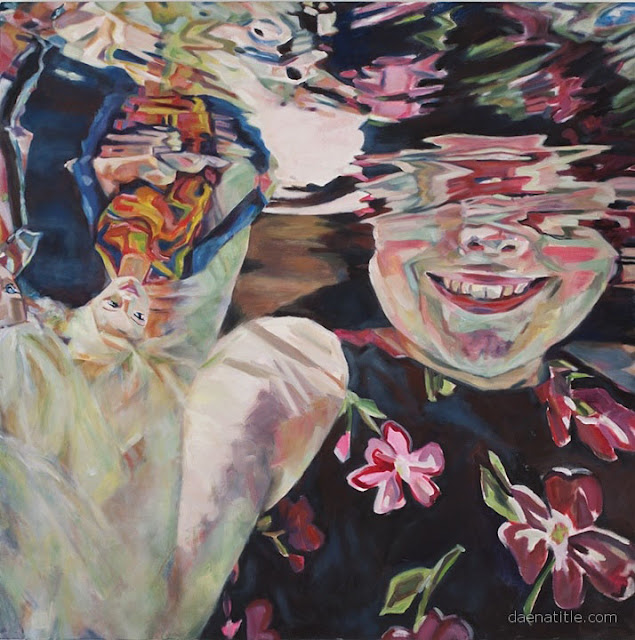 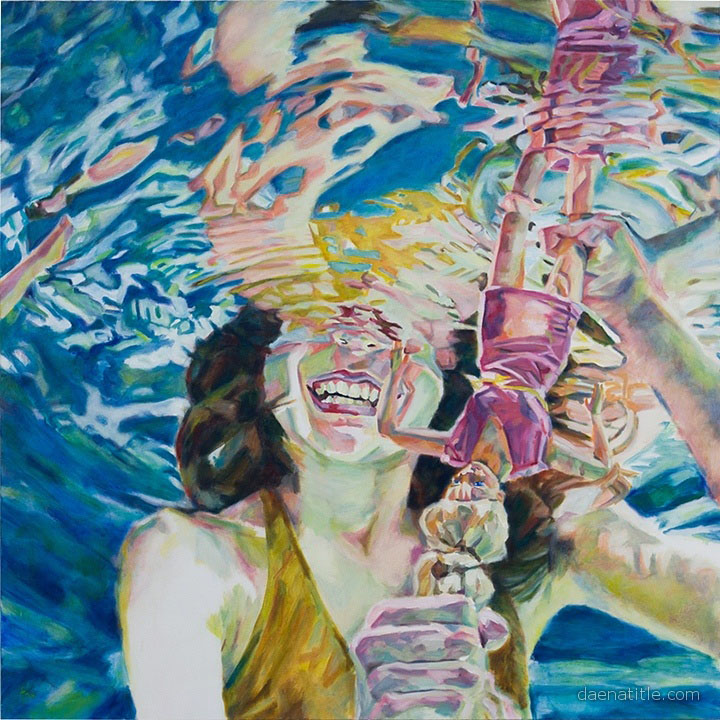 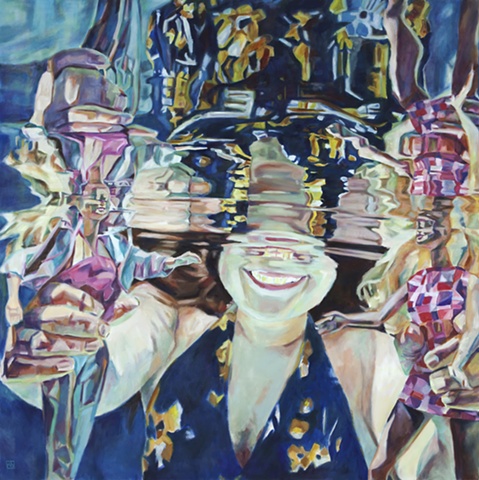 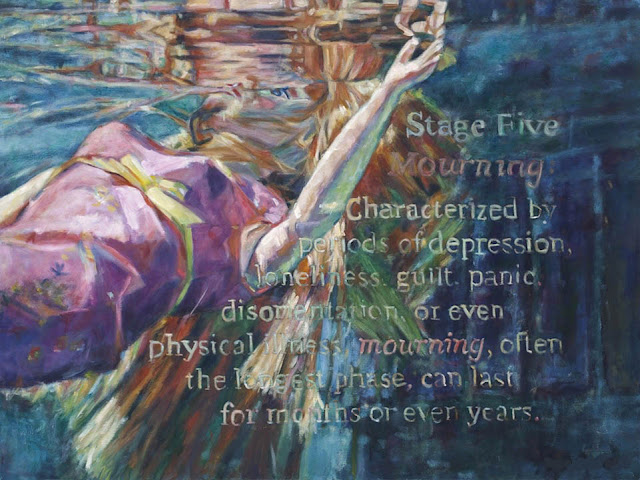 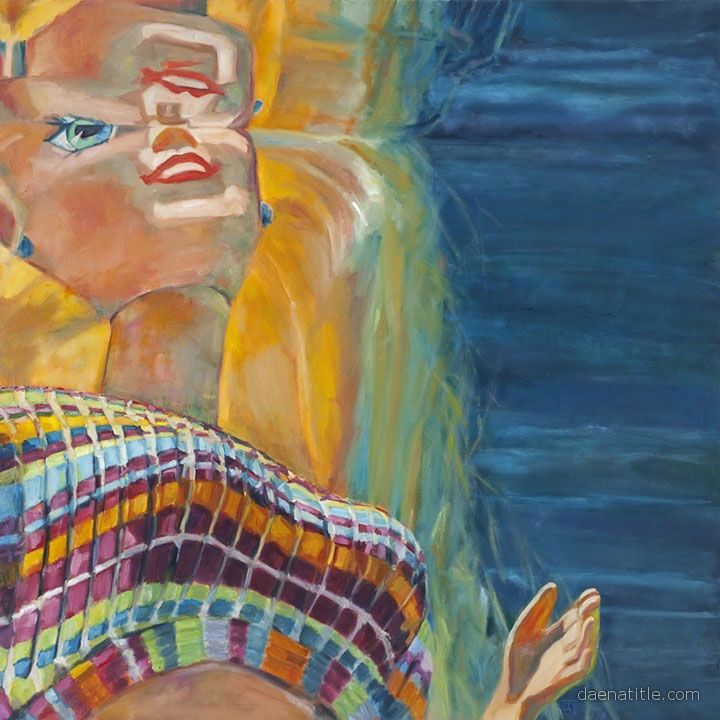 Stop Worrying About The Wrong Thing: 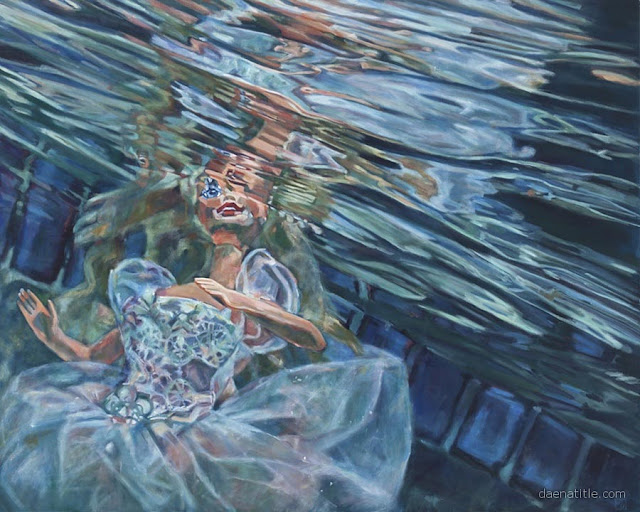 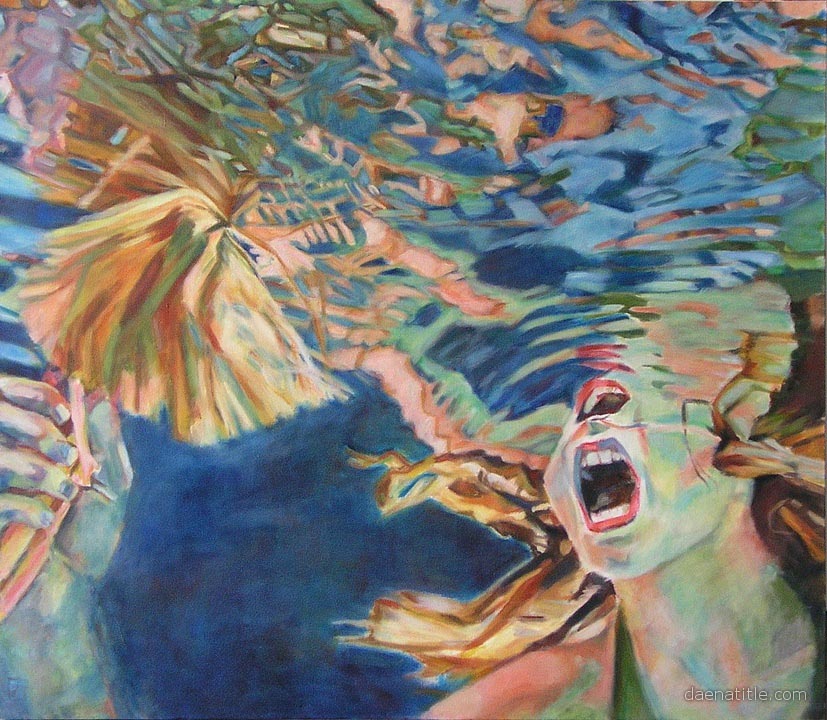 Madonna Of The Dolls: 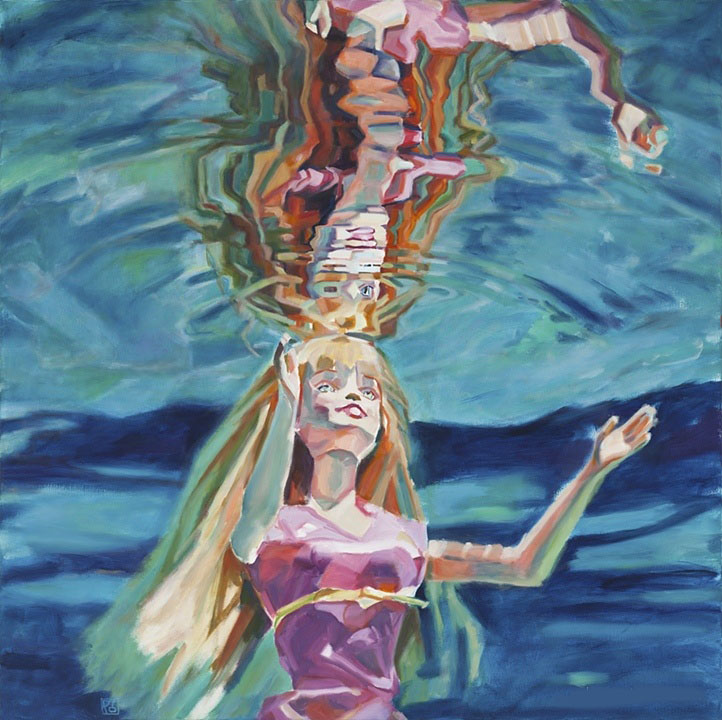 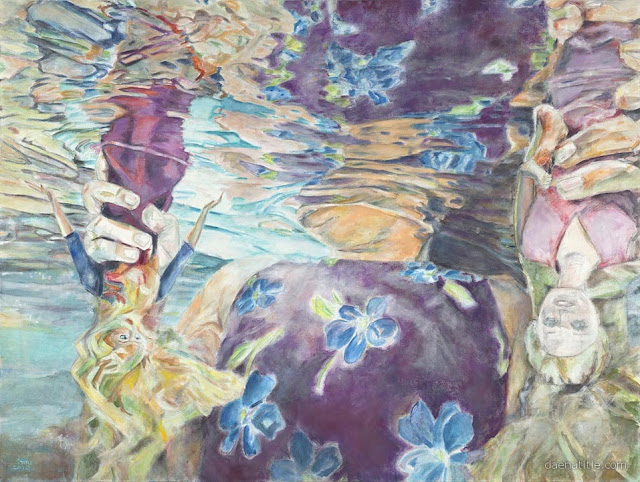 A figurative painter with an ongoing interest in women’s issues and contemporary social dynamics, Title’s series, “Drown the Dolls,” continues her long time exploration of concerns dealing with female body consciousness and girlhood, as well as present day ideals of physical perfection. Title’s fascination with feminist themes began while she was a high school student, coming of age at the dawn of the feminist movement. A drastic shift in her ideals would happen in her formative early high school years – literally one year a cheerleader, the next year a feminist. As an adult Title’s interest in larger social and global issues have dovetailed with her constant examination of women’s roles and representations in society to expand her creative voice. While still deeply rooted in the most basic questions of female identity, Title’s work invites deeper socio-political associations as well. For example, “Drown the Dolls,” carries on a theme of drowning that first appeared in Title’s work soon after 911. The dolls are a stand-in for a contemporary society loosing its footing, being adrift, and in some ways gasping for air.

Photos/Archival Prints
Please note that some of the following photographs have been slightly cropped to eliminate a watermark that detracted from the work. 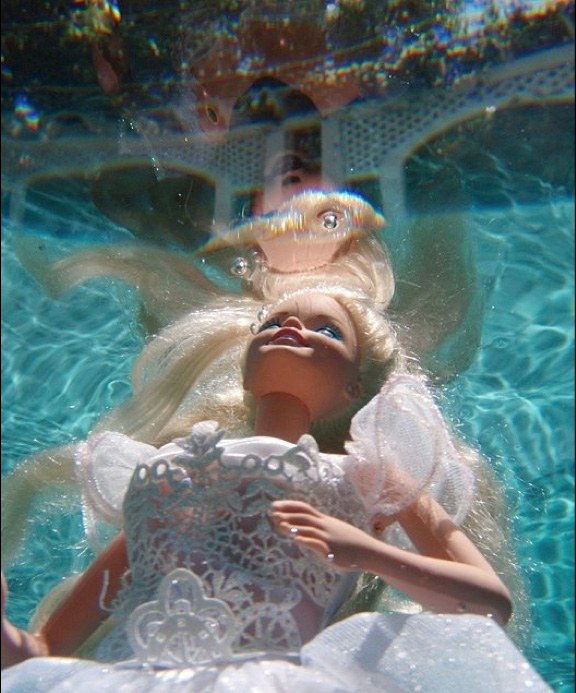 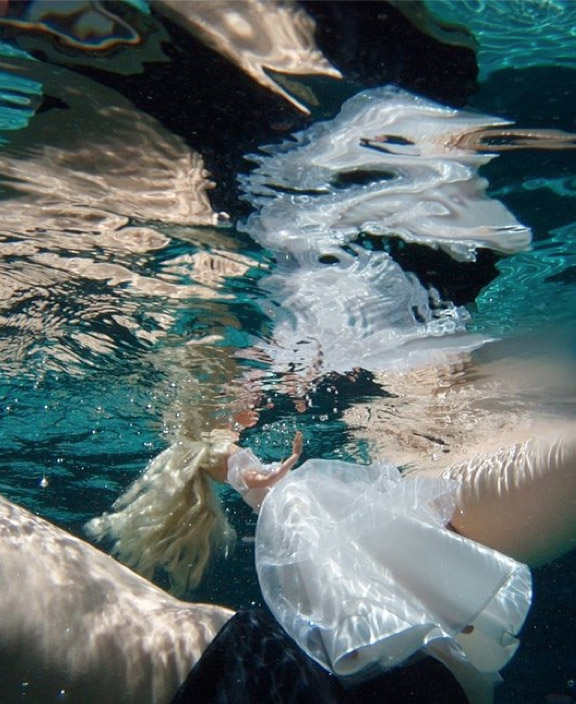 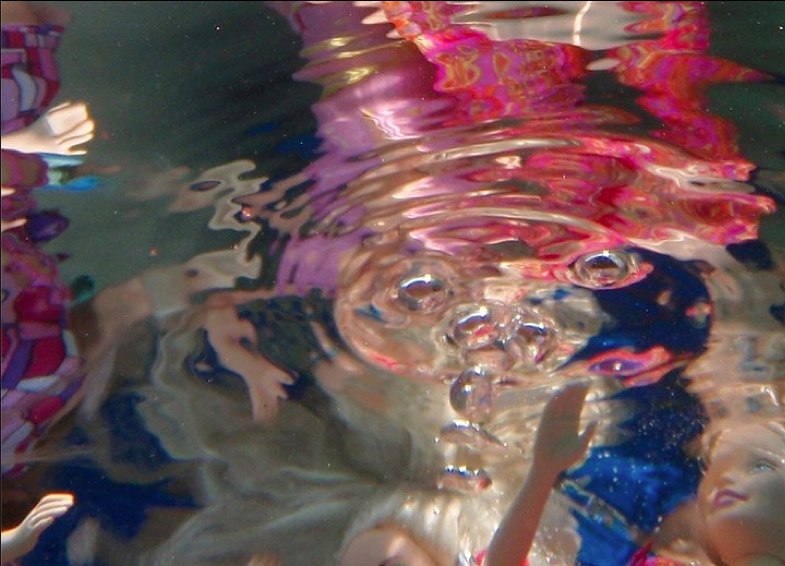 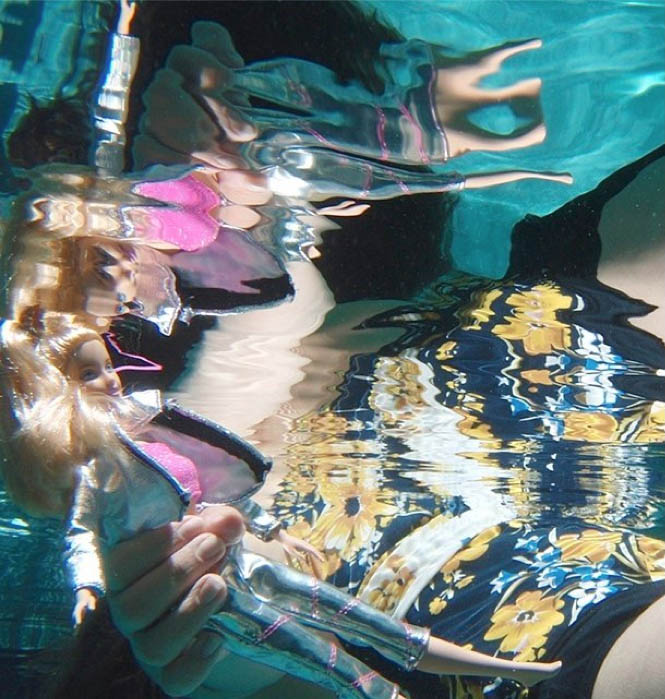 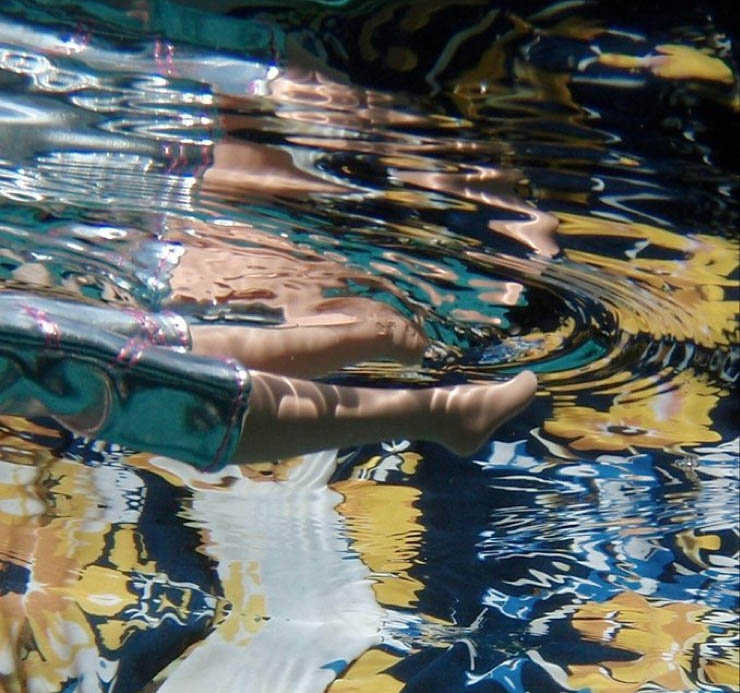 Images from her 2011 exhibit at the Koplin Del Rio Gallery allow you to see the scale of the paintings and photos: 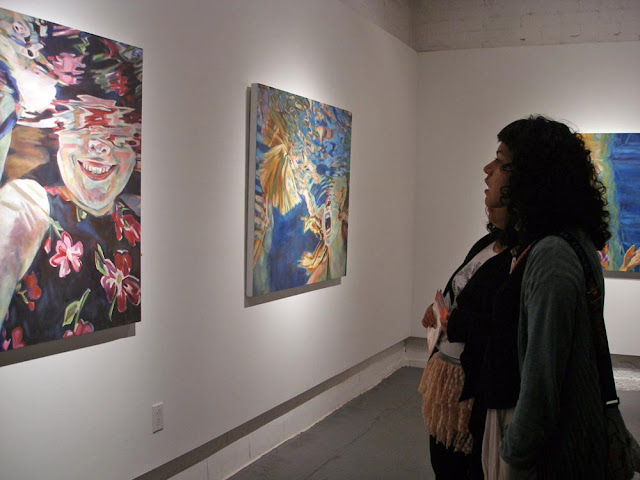 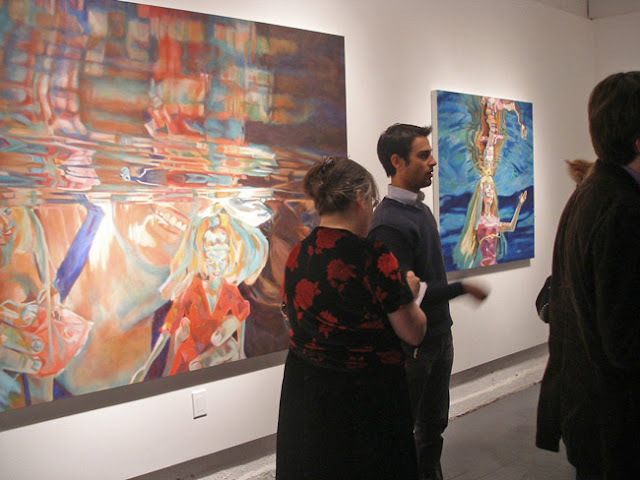 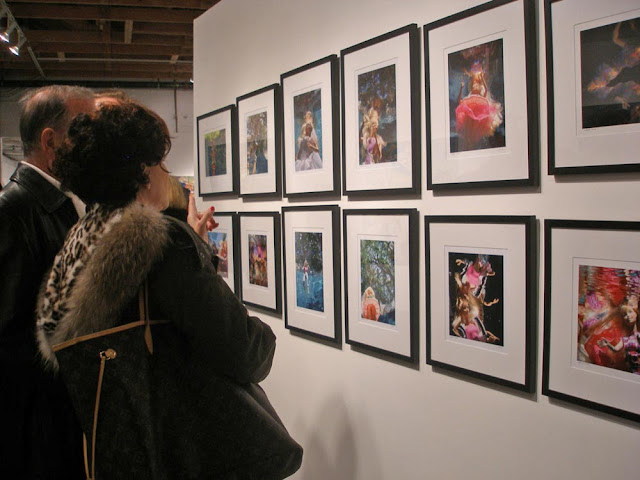 Daena Title was born in Manhattan in 1957 and was raised in Long Island, New York. She received a Bachelor of Arts in Art History and in Theatre Studies from Wellesley College in 1979, and lived in Manhattan until 1991. Title currently resides in Los Angeles and has shown her work in gallery and museum spaces since 1998, including recent group exhibitions at the Torrance Art Museum and the Orange County Center for Contemporary Art. She has received critical praise for past solo exhibitions from the Los Angeles Times and the LA Weekly, among other publications. Title’s artwork resides in a number of prominent private collections.
information and many of the images courtesy of the artist and Koplin Del Rio Gallery

A special thank you to Scott Rench who knew, given my fascination with swimming pools and Barbie dolls that I was going to find this work fascinating.