Featured on Bored Panda today was a fabulous homemade Darth Vader Disco ball by Justin Poulsen that’s getting lots of buzz. As he described the process, I realized he had some costly and laborious steps, so I wanted to share with you an easier way to make your own version, with links to all the needed materials.

As I start to expand the motion side of my photography portfolio I thought it would be the perfect time to finally create and document it.”

How To Make It

I will share with you the way Justin made his, but also provide you with easier options and possibly better, cheaper materials.

1. First, he purchased a reproduction helmet by Rubies at a costume shop for $50, but you can get the same one here for less. 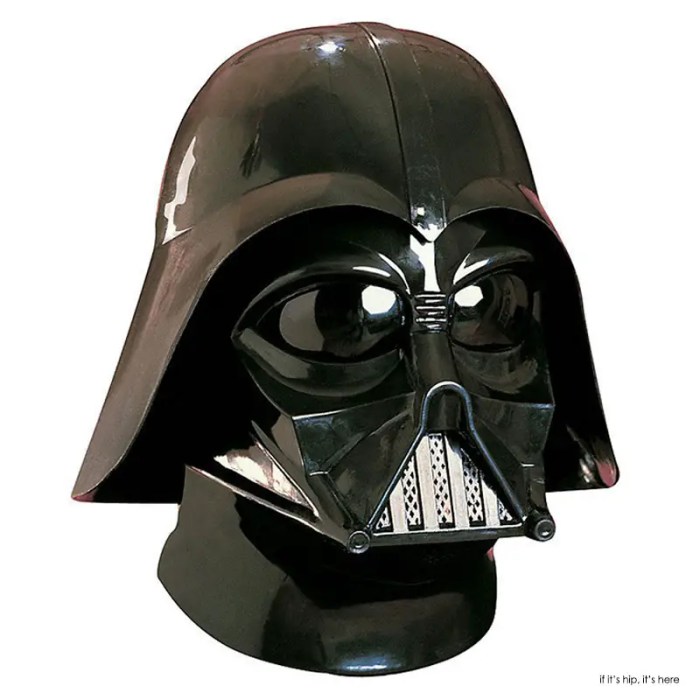 2. He then used Krylon Premium Spray paint in Chrome to add a stainless steel look to the helmet, but the effect was more matte than Justin had intended, so sent the eye lenses to a local proprietor to be sprayed true chrome. 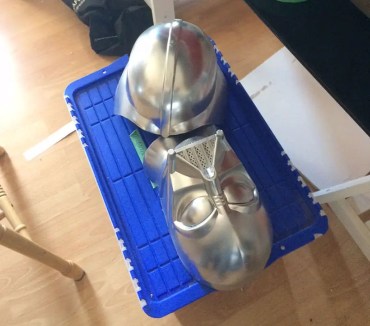 I would suggest using Rust-Oleum 7718830 Bright Coat Metallic Color 11-Ounce Spray, Gloss Chrome. Based on reviews, this will give you a more mirror-like finish than the paint Justin used and will not have to send the lens anywhere. (If the lens are not as metallic as you’d like, try using this self-adhesive Chrome Mirror Silver Vinyl Wrap Film Sheet on the lens) 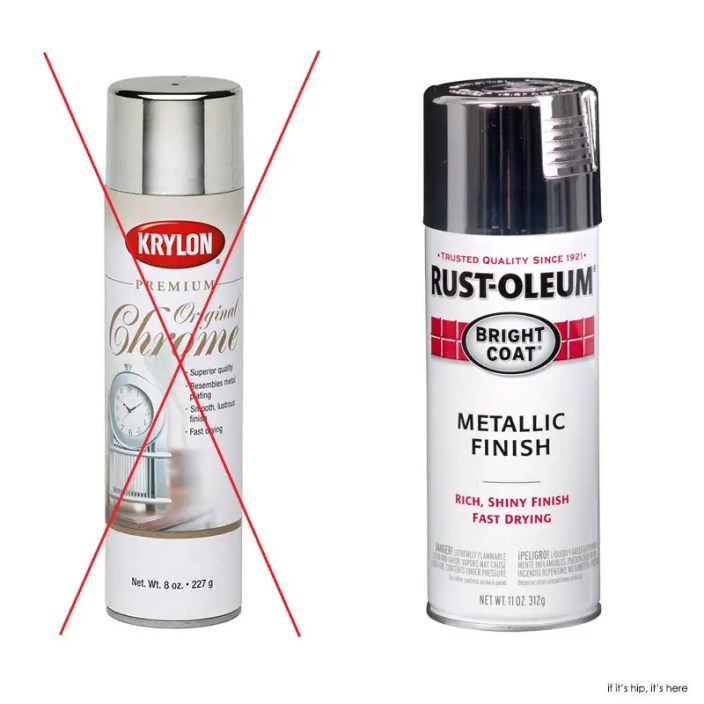 3. He found mini disco balls such as these, pried off the individual mirrored tiles and used Aleene’s tacky glue to adhere them to the helmet. BUT it’s sooooo much easier to simply buy small mirrored tiles such as these and glue them on rather than deconstructing mini disco balls. For all the various sizes (and colors!) of mirrored tiles available, go here. 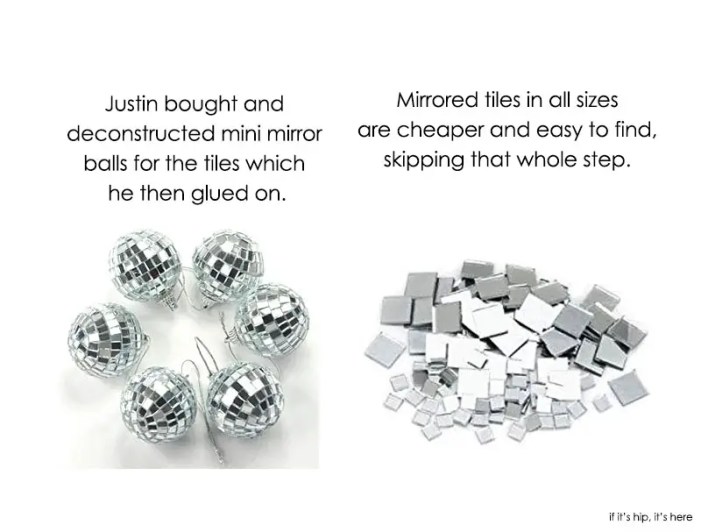 To Recap
The necessary materials: 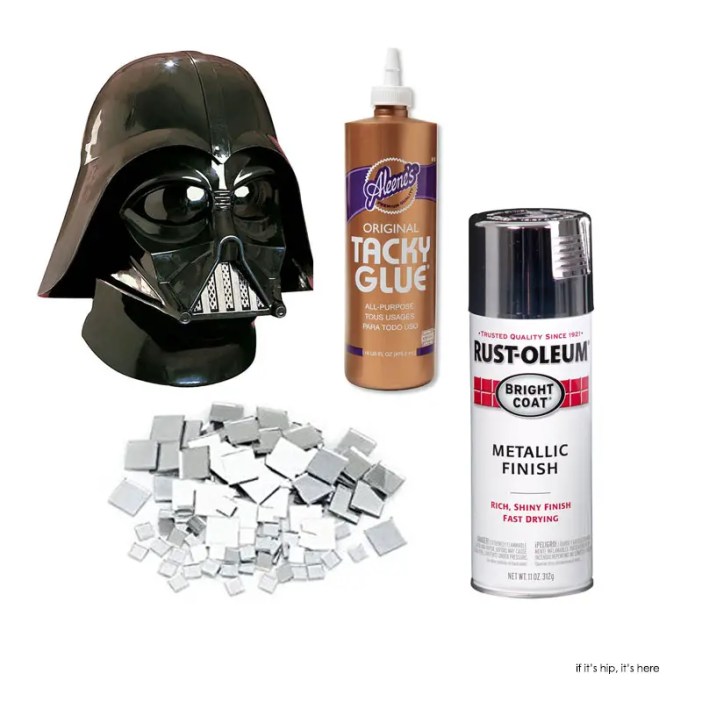 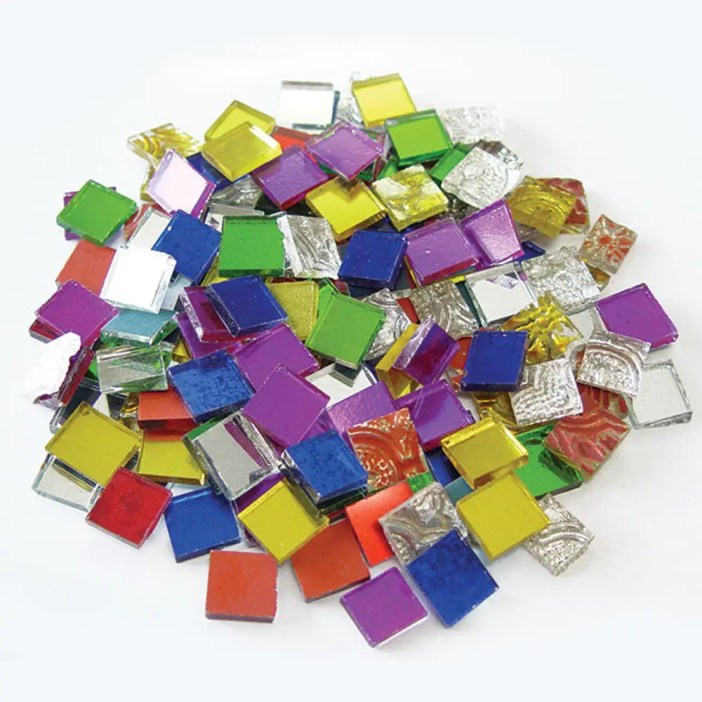 In Justin’s submission to Bored Panda, he shared how he created a backdrop against which to photograph and film his helmet by cutting holes in grey matte board and covering them with with LeeLux 400 diffusion material. Below is his Instagram photo of the set he built to shoot it ). You can get more details about that here Thanks to Bored Panda and Justin Poulsen for inspiring this tutorial.

The Latest and Greatest Coloring Books for Grown-Ups August 2018