` The Lumberjacks of Fashion Costello Tagliapietra for Kiehl's - If It's Hip, It's Here
Skip to content As they do every year during the Holidays, Kiehl’s has teamed up with designers to create special limited edition products whose proceeds -all 100% – benefit charity. This year, the well-established skin care and beauty brand chose New York designers Jeffrey Costello and Robert Tagliapietra who together created Costello Tagliapietra. Their wonderful and whimsical illustrative style has been added to the labels of their best-selling product, Creme de Corps body lotion and cream, and to gift bags, boxes and wrapping paper. 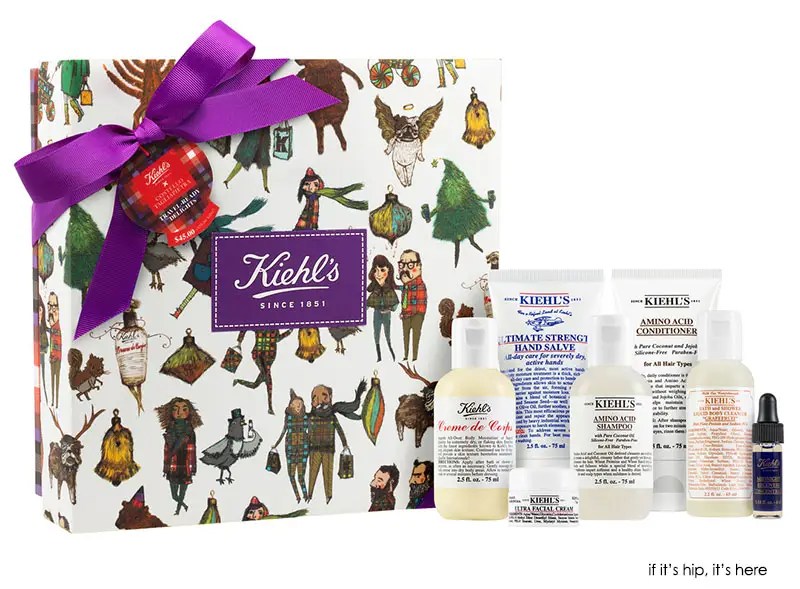 From these limited edition products, 100% of Kiehl’s net profits, up to $100,000, will provide 1,000,000 meals to families this holiday season through Feeding America. Feeding America is the nation’s leading domestic hunger-relief charity, whose mission is to feed America’s hungry through a nationwide network of member food banks. Shop for these here Nicknamed the “lumberjacks of fashion,” New York designers Jeffrey Costello and Robert Tagliapietra created Costello Tagliapietra in 2005. Collaborations with Uniqlo, Peanuts and Disney, as well as being featured in the permanent collections of The Victoria & Albert Museum and The Museum at FIT have all celebrated the designers’ play with couture technique and process, and their vision of feminity and romance. 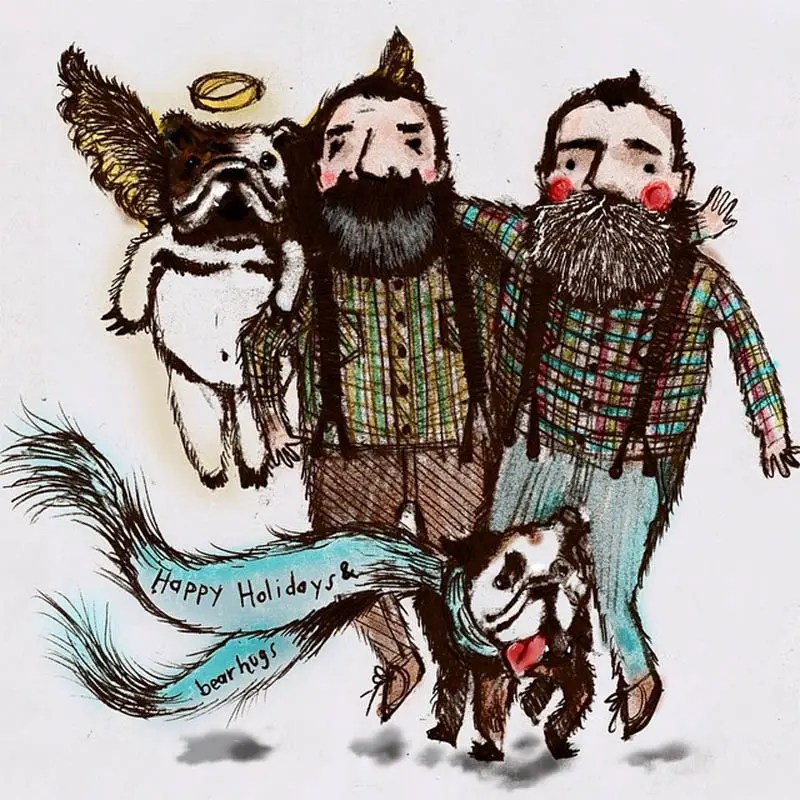