The Carolina Reaper Madness Chip is from Texas-based Paqui, makers of gourmet gluten-free tortilla chips. It is made with the hottest chili pepper on the planet, measuring over 1.5 million units on the Scoville Heat Scale. It’s so hot, it’s sold only ONE chip at a time, cleverly packaged in a coffin to promote Paqui’s One Chip Challenge.

Pacqui sells bags of spicy chips in various hot flavors all year round. The One Chip Challenge made with the world’s hottest pepper is a limited time promotion. 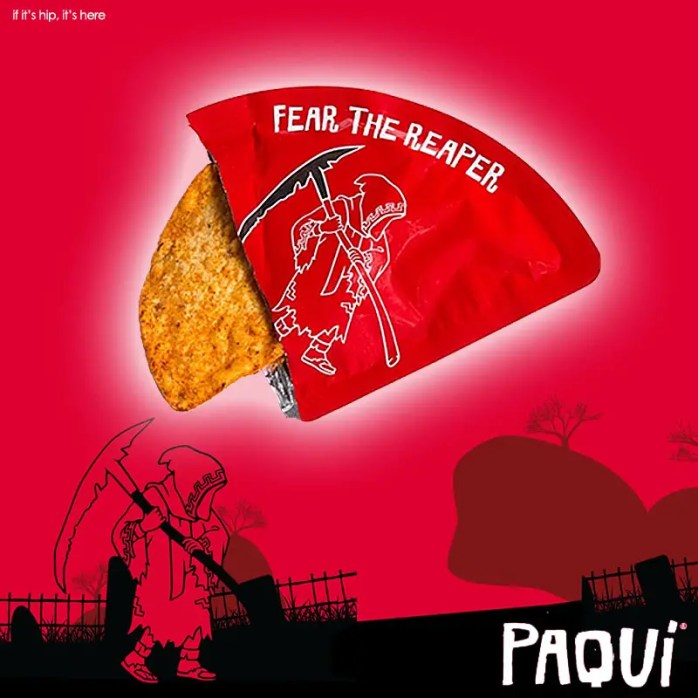 The chip is seasoned with the Carolina Reaper, developed by “Smokin” Ed Currie of The PuckerButt Pepper Company, which is now the hottest pepper in the world according to Guinness World Records.

The Packaging
The single chip packaged is in a 1.6 oz. coffin: 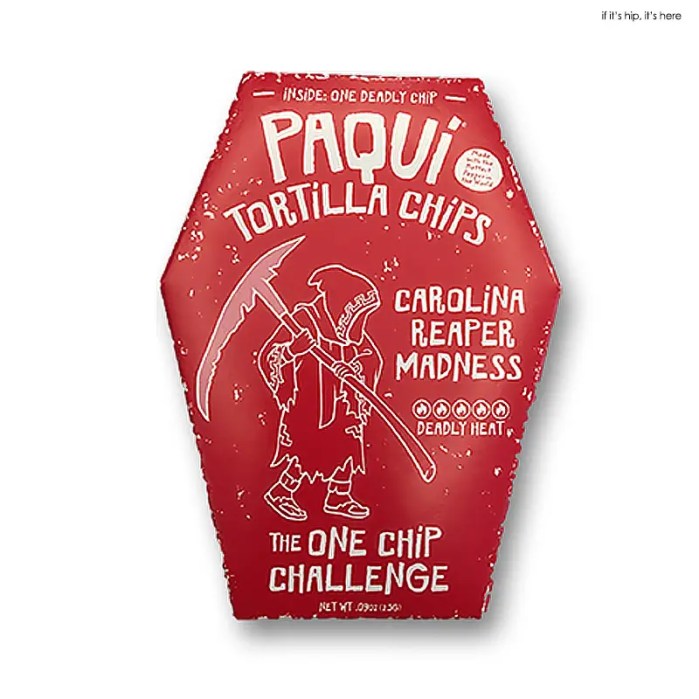 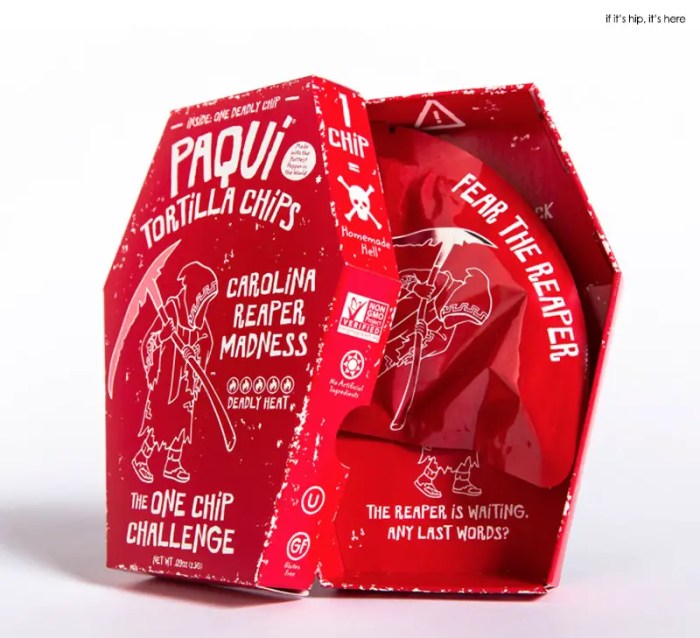 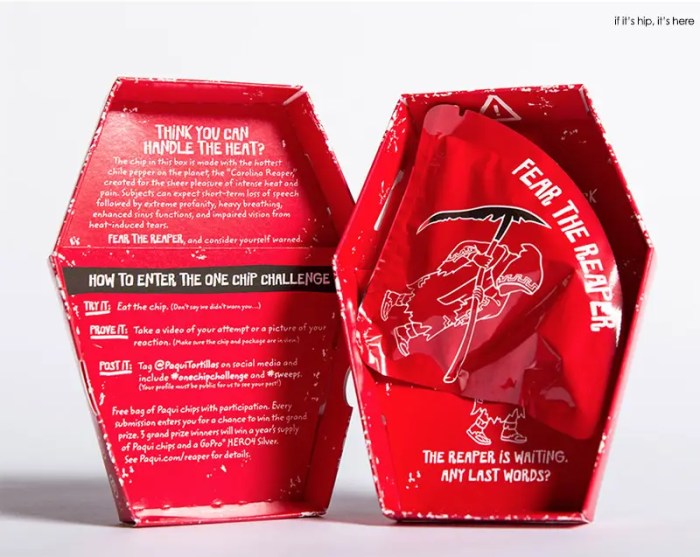 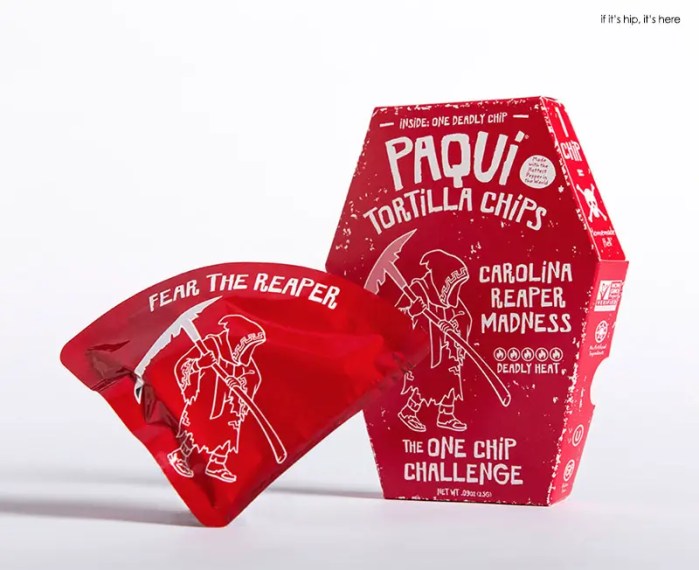 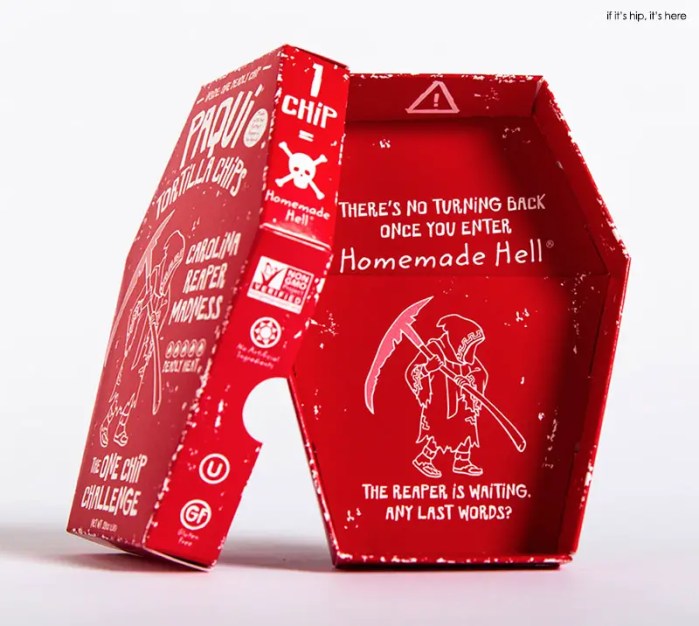 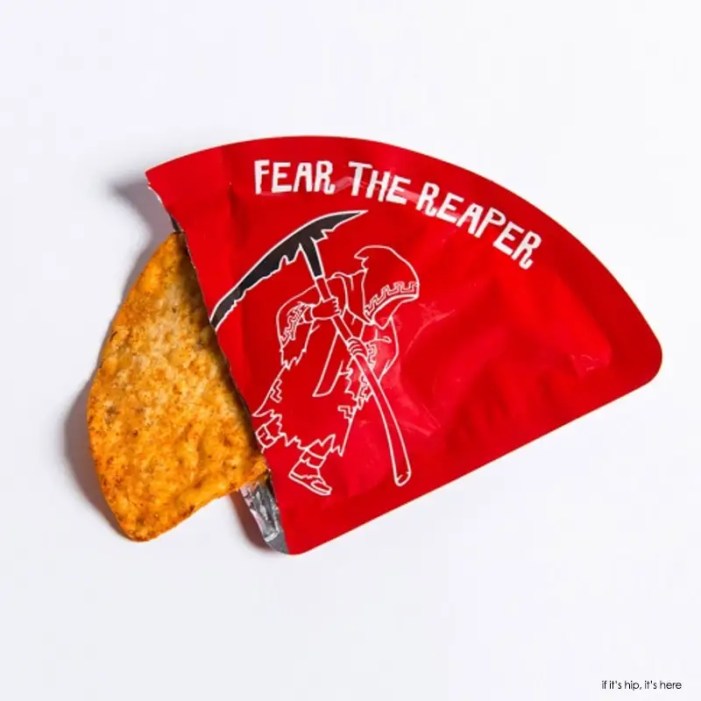 The One Chip Challenge

Paqui issued the One Chip Challenge in which you must 1) eat the chip 2) take a photo or record a video of your reaction (make sure the chip and package are in view.) and 3) upload your video or photo, or post it and tag @PaquiTortillas on social media with #OneChipChallenge and #sweeps.

Paqui will start selling Carolina Reaper Madness chips online and at select stores nationwide for a limited time
Price for the chip? $4.99.