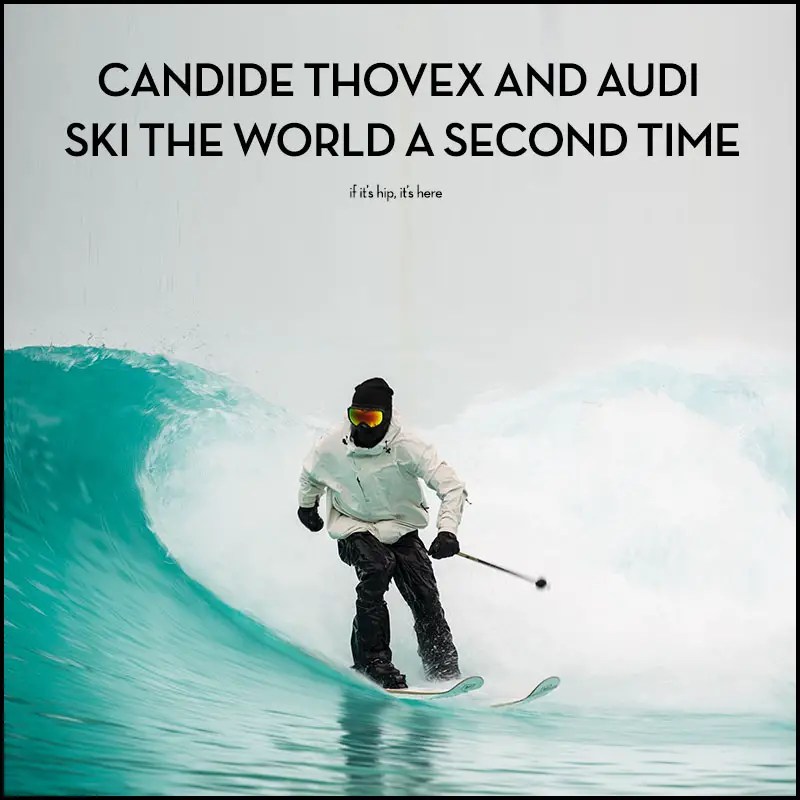 The first Thovex Audi video went viral in 2015. Now Audi International has teamed up with free-style skier Candide Thovex a second time to promote the Audi Quattro and Thovex’s specially designed Faction snow skis as he searches the world for new places to ski. At age 35, Candide Thovex is already a legend in the world of sports. His show-piece discipline is freeriding – skiing on natural, off-piste terrain. As part of a collaboration with Audi, in recent months the native of France has been searching the world for spectacular new places to ski. And if you think that means wintry, snow-covered surroundings, you’re in for a surprise. 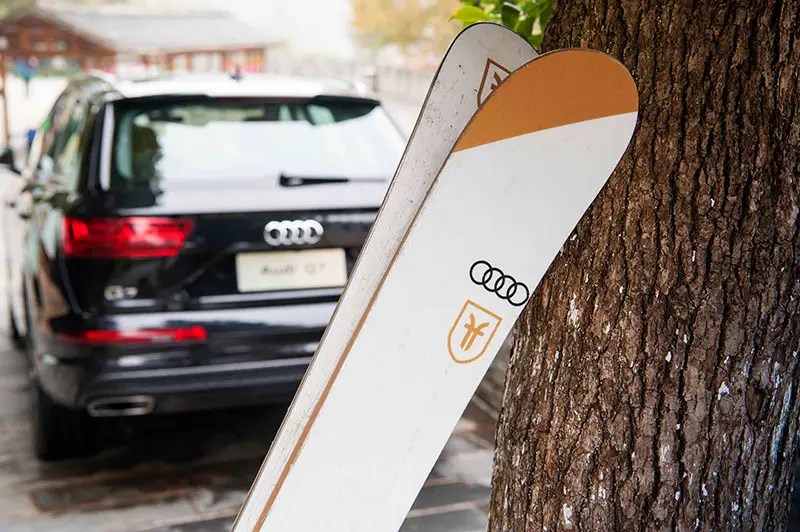 In 2015, the partnership with Audi gave him a chance to show off his mastery – in an Audi quattro clip that went viral (shown below), Thovex skis down an alpine grass slope, jumps over roads, races through a paved tunnel with sparks flying from his skis, maneuvers around a herd of dairy cows, and finishes the ride with a perfect landing in the luggage compartment of an Audi Q7.

Now he’s continuing his work with Audi – and the results this time are no less sensational. Reunited with the Audi Q7, Thovex scoured the globe on a search for the right spots where he would attempt to conquer the most unconventional of slopes on his specially designed Faction freestyle skis.

The crew steered clear of the well-known winter sports settings and focused on locations where there is no snow, in Europe, America and Asia. And Candide Thovex, of course, remained undaunted by the conditions they found, which were not exactly what anyone would call ideal for skiing. 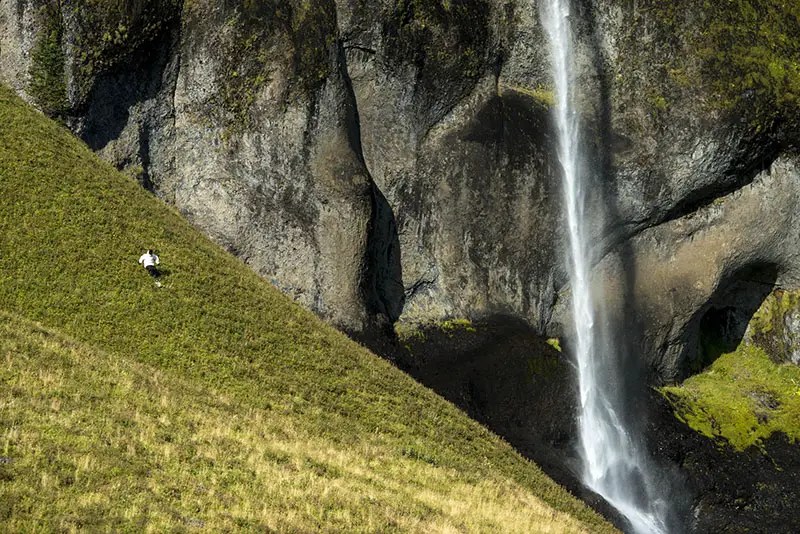 The first stop was in the far northern reaches of Europe. Camping in the great outdoors, with a view of the fascinating northern lights – an unforgettable experience. After three nights in their tents, the team moved on to higher elevations, fortunately finding refuge in a small mountain hut when the weather suddenly took a dramatic turn for the worse during the shoot. The poor weather conditions isn’t what they will always remember, though – it will be Candide’s 360-degree jump from the grass-covered roof of their shelter. The journey through seemingly endless sand dunes was the ultimate test of man, machine and equipment. The sand found its way into every open space and gap. The crew could count on finding the tiny trickling grains in their food, in the sleeping bags and even in their toothpaste. Cameras and lenses also were not spared the effects, and the photographers’ equipment had to be repaired after the stay amidst the sand dunes before shooting could resume. 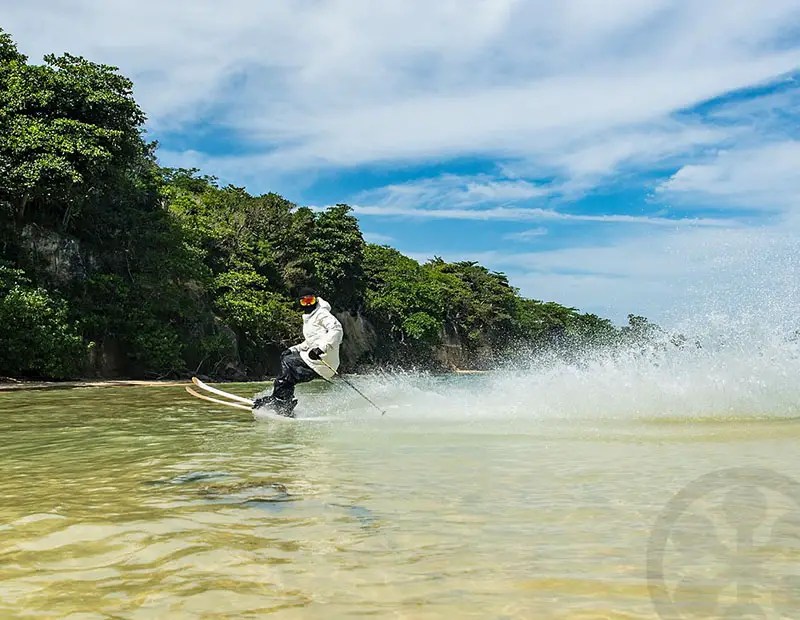 Water was among the most troublesome surfaces Candide Thovex mastered.In shallow water with a calm surface, the principles that apply are much the same as with water skiing. Things become a bit more difficult as soon as waves come along. It doesn’t work if the required speed isn’t maintained. But that’s fine for the freerider – after all, he’s always moving at high speed. And that’s also the only way to achieve the right timing needed to perfectly catch the wave and “surf” on skis. 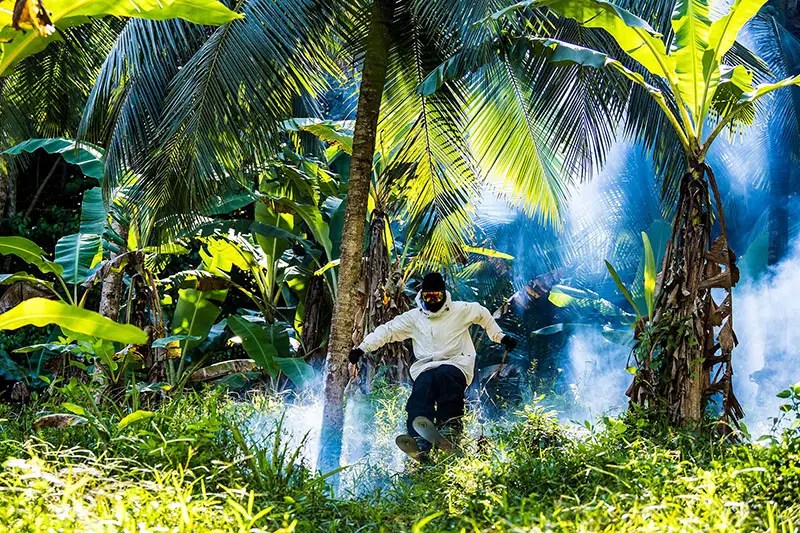 Many advanced skiers like to go on a winter holiday for some off-piste fun. But it’s unlikely any of them have tried what Candide Thovex did on an off-piste excursion – the extreme athlete travelled to a jungle, strapped on his skis, and rocketed through a dense grove of palm trees. Finding a good course to follow through the thickly wooded area, which offered only poor visibility, was no mean feat. And the heat really topped things off. Wearing only shorts and T-shirts, the crew members were still sweating profusely, while Candide had to complete this most unusual of downhill runs clad in a full skiing outfit – several times. 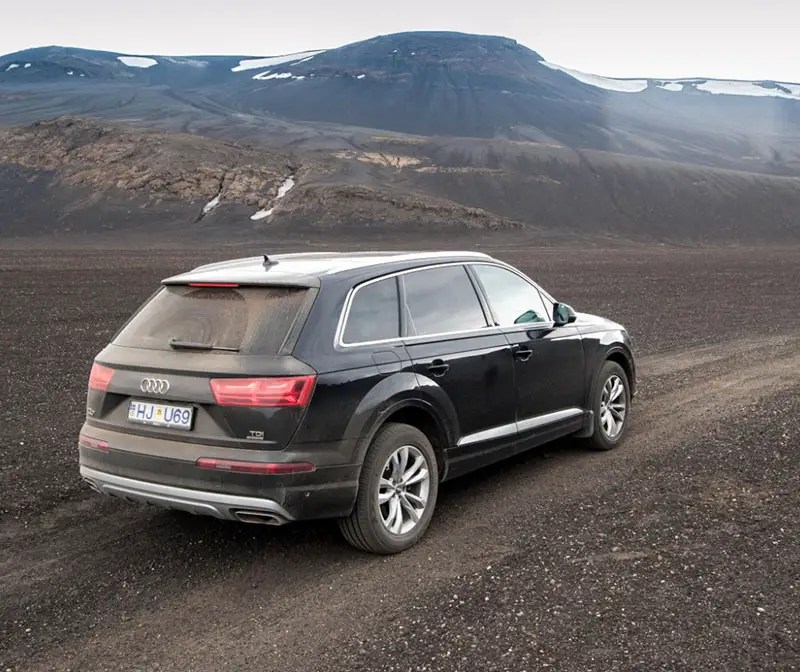 Volcanic ash is relatively well suited for skiing on, at least for a professional like Candide Thovex. He did, however, have to keep a sharp eye out on the slopes of the volcano covered with black ash. The volcano is active, and every now and then it disgorges a few rocks, so over the years it’s placed an accumulation of massive obstacles on the slopes for a skier to avoid. People have been using stone for millennia to build houses and other structures, including big walls. It’s not unusual for such impressive historic structures to attract sightseers, but they aren’t usually thought of as surfaces for skiing. The wall used during the shoot wasn’t the only thing everyone marvelled at – the ease with which Candide Thovex glided over the stone building material amazed one and all. Weather conditions are a decisive factor for anyone trying to ski on soil. In good weather there’s nothing standing in the way, but it all goes down the drain if the weather doesn’t cooperate. Fortunately for Candide there was no rain during most of the shoot, and conditions were ideal for a few fantastic runs that gave the Frenchman opportunities to once again playfully demonstrate his abilities with gracefulness and incomparable ease.

Candide Thovex of France began perfecting his skiing skills very early in life – he was standing on skis as a two year old with his parents in the French Alps. Ski school at an early age really paid off: With loads of ambition and the necessary talent, at only 14 he took home the mogul division title at the French National Junior Championships. That laid the foundation for his career as a freestyle pro and later as a freerider, and which he crowned with many more titles. Audi
The majority of images and text in this post are taken directly from the Audi microsite.

A shout-out to Michelle Dupont who brought this to my attention.

Watch 3 Urban Artists As They Design The Lucha Libre Bottles for 1800 Tequila.

50 One-Of-A-Kind NFL Footballs Up For Auction