` Brutalist Sand Castles by Calvin Seibert on If It's Hip, It's Here
Skip to content 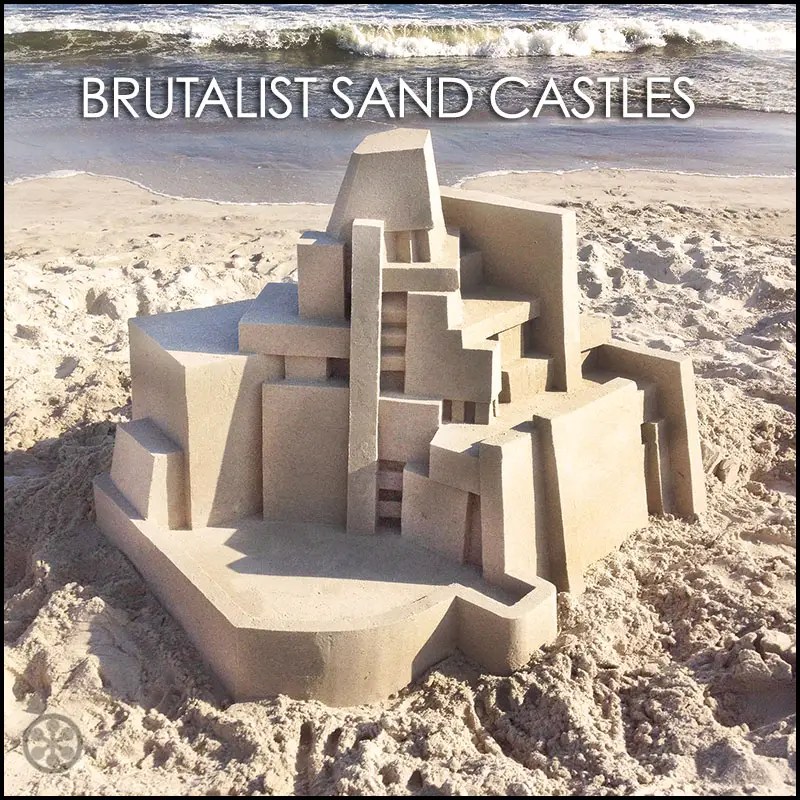 Not your typical sandcastles, those by artist Calvin Seibert are modern, geometric structures whose designs express elements of Brutalism*, Modernism and Constructivism. The chunky, non-ornamental buildings made of sand – of which he has made hundreds – bring to mind the architectural works of Paul Rudolph, Marcel Breuer and Konstantin Melnikov. 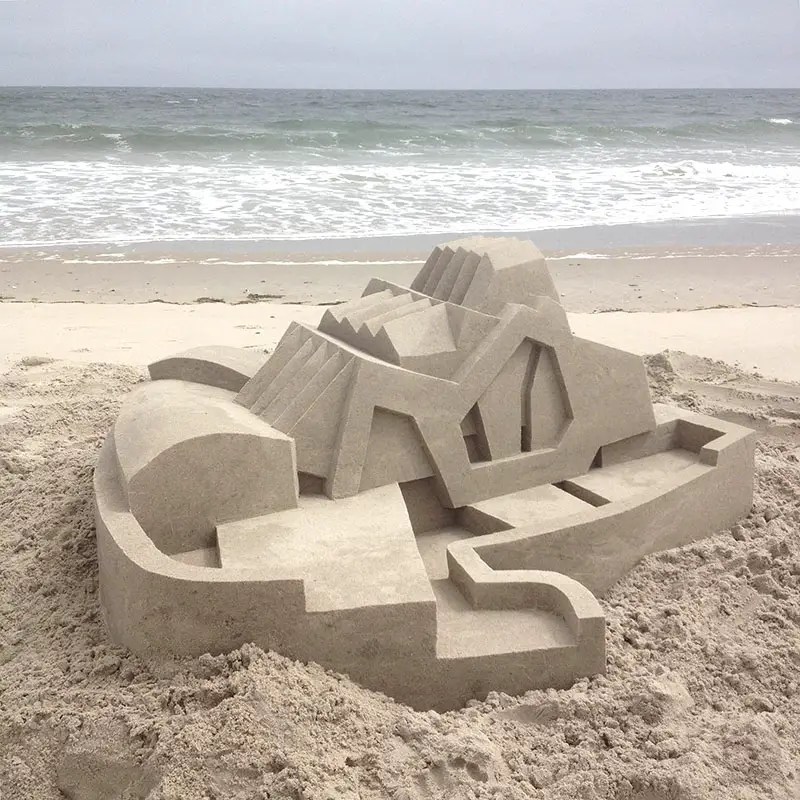 Using a paint bucket, homemade plastic trowels, and up to about 150 gallons of water Seibert creates spectacular sand castles without any plans. Building them on various east coast beaches, ranging from the highly populated Coney Island to lesser known venues, the process often takes quick turns along the way due to initial scale decisions. Once created, he simply leaves them on the beach. Sometimes they last for hours, sometimes days. Seibert told Arch Daily in a 2015 interview “When I was young I thought I would become an architect. It was only along the way that I came to understand that I was more interested in foundations and framing and the early stages of construction for its sculptural qualities and less interested in finished buildings. I attended art school in New York. My teachers included Alice Aycock, Joel Shapiro, Jackie Winsor and Barry La Va.”

Here’s a look at more of his recent works from 2016. Please note we have cropped and brightened many of the original photos for better visibility: 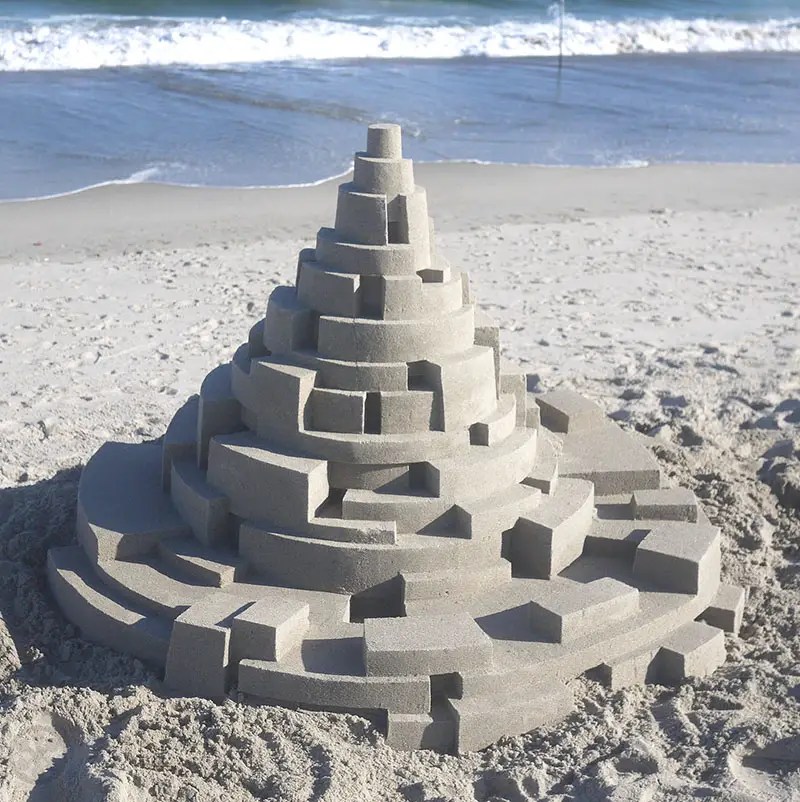 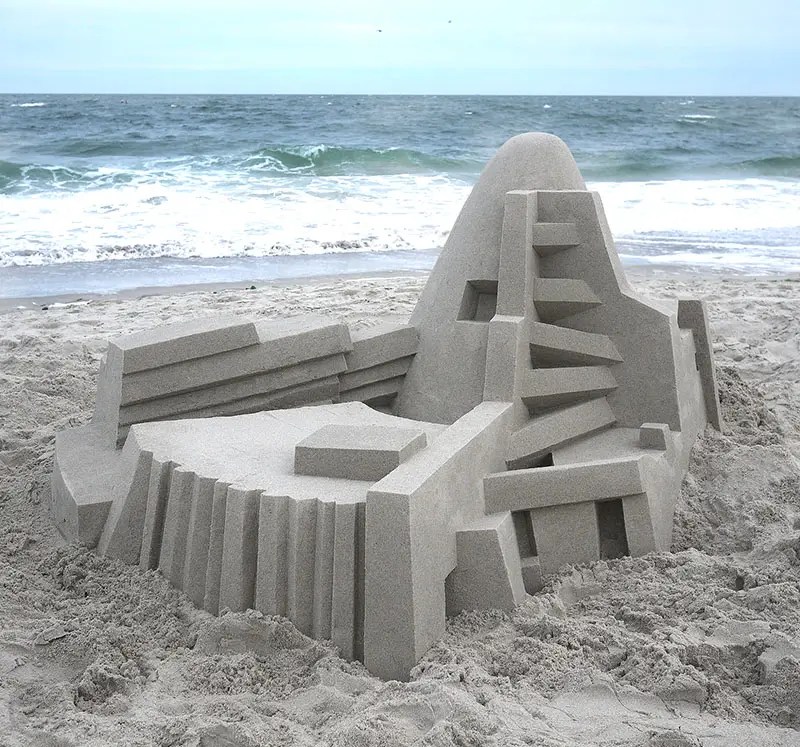 “Building “sandcastles” is a bit of a test. Nature will always be against you and time is always running out. Having to think fast and to bring it all together in the end is what I like about it.

I rarely start with a plan, just a vague notion of trying to do something different each time. Once I begin building and forms take shape I can start to see where things are going and either follow that road or attempt to contradict it with something unexpected.

In my mind they are always mash-ups of influences and ideas. I see a castle, a fishing village, a modernist sculpture, a stage set for the Oscars all at once.

When they are successful they don’t feel contained or finished. They become organic machines that might grow and expand. I am always adding just one more bit and if time allowed I wouldn’t stop.” – Calvin Seibert 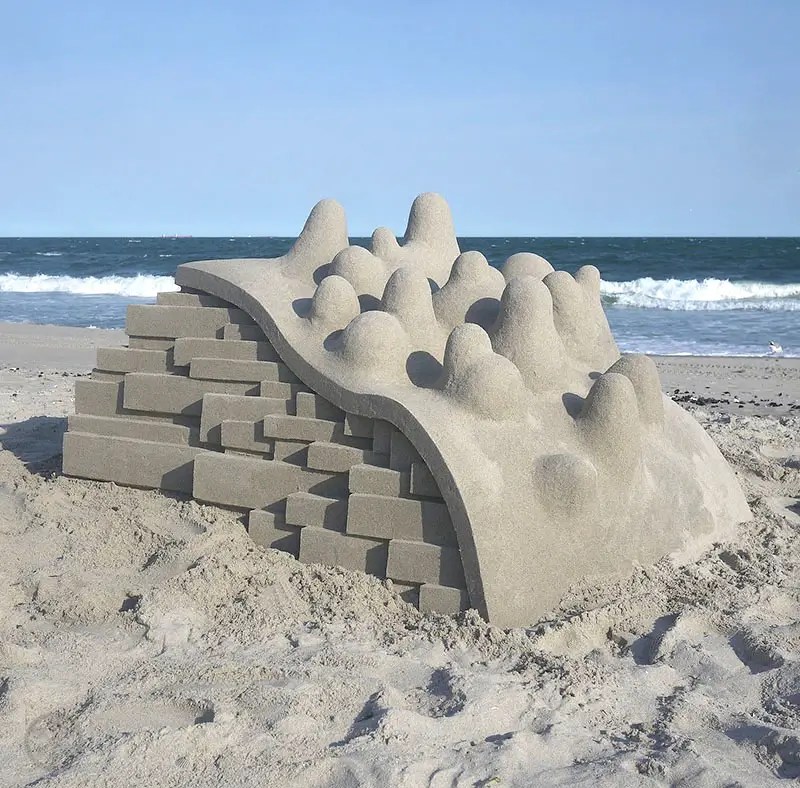 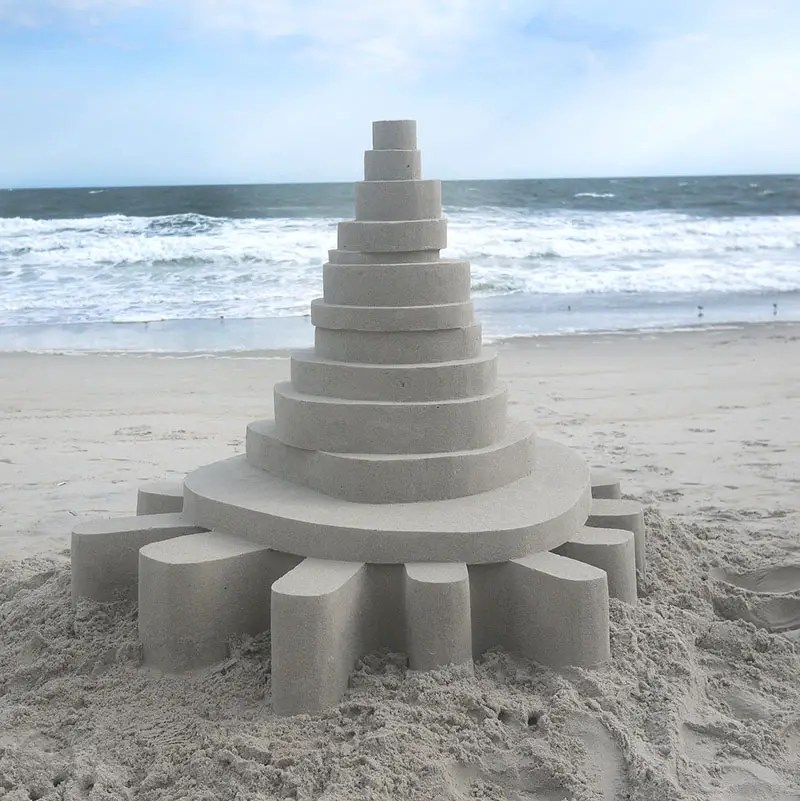 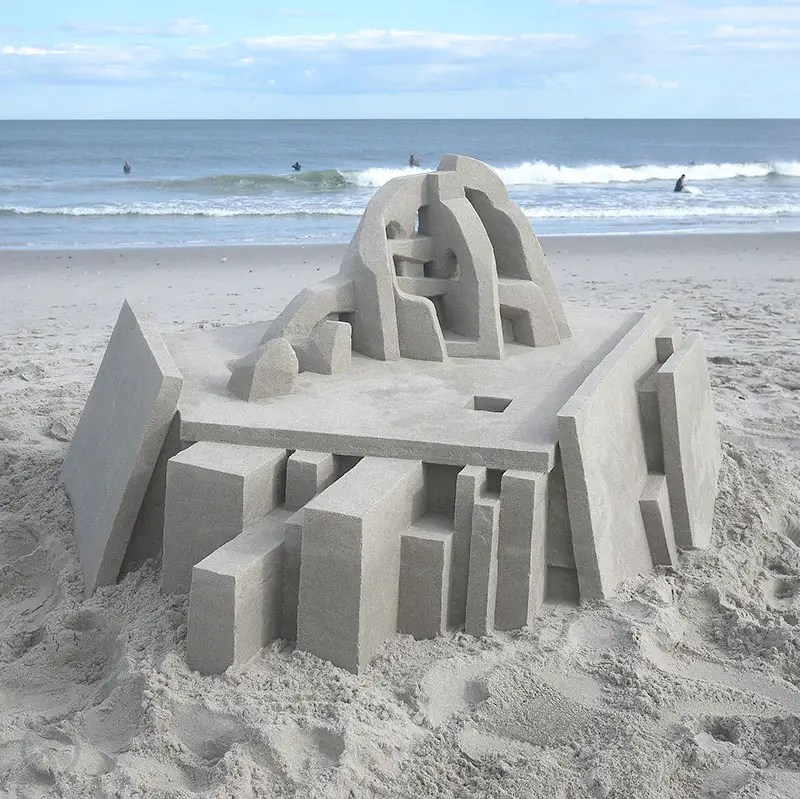 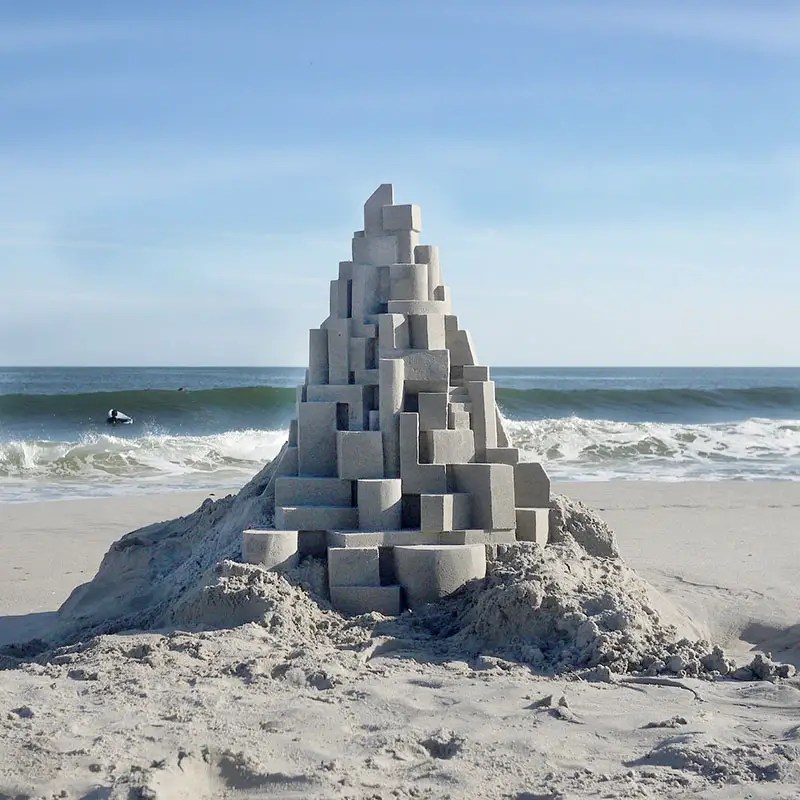 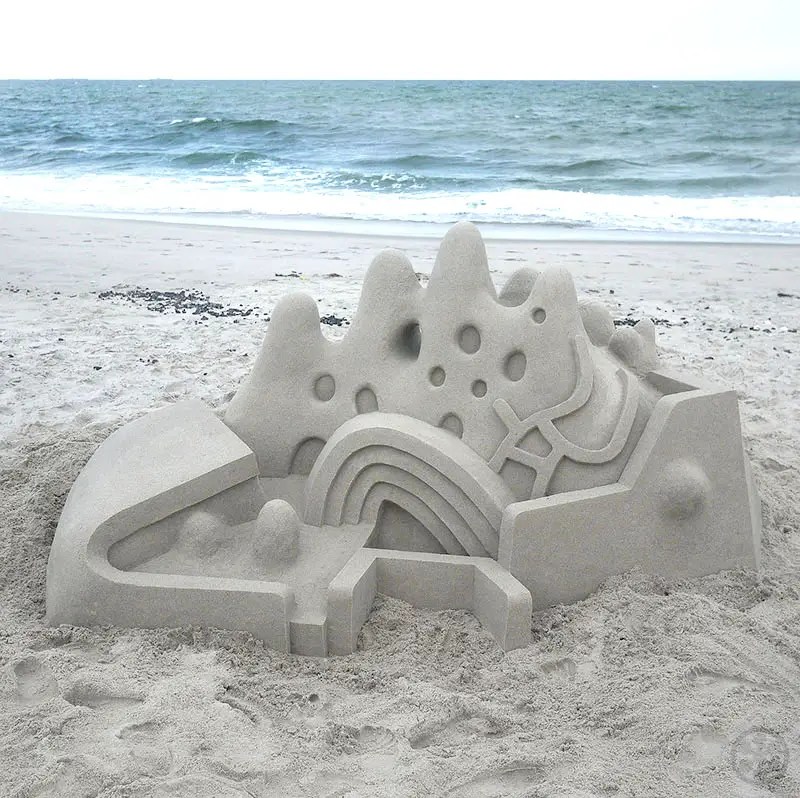 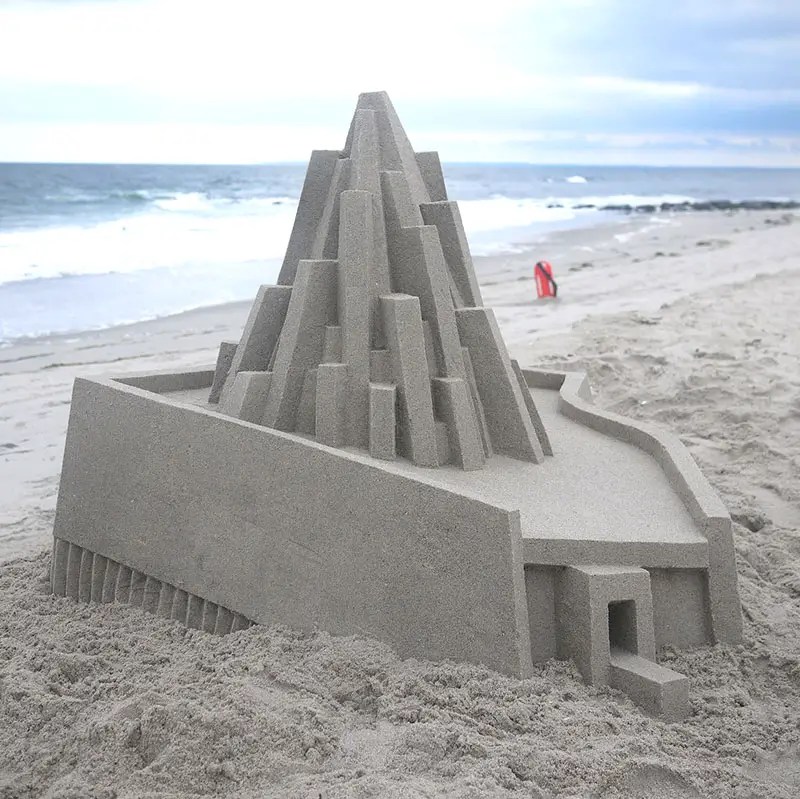 Calvin has a Flickr album of his sand castles with 225 photos to date. See them all here