When it comes to the things that interest me, I’ve turned to those sites, curators and magazines I feel are the best arbiters of taste for each category – be it products, experiences or services. Take a look at these experts’ picks from such categories as art, architecture, cars, interior design, photography, logo design, packaging, books, podcasts, video games, fashion, food, drink, music, gadgets, travel, websites, television, mobile apps, movies, videos and more for the best of 2016 in everything.

1. Vimeo’s Top Videos of 2016
As chosen by Vimeo Staff Members

4. Adobe’s The Most Inspiring Ted Talks of 2016
From Airbnb to virtual reality, Adobe rounds up five must-see TED talks from 2016.

5. NY Times The 10 Best Books of 2016
The year’s best books, selected by the editors of The New York Times Book Review.

7. Amazon’s Best Children’s Books of the Year
Out of all the children’s books published in 2016, their editors picked the top 20 in each category for readers of all ages

13. Wine Enthusiast’s Top 100 Cellar Selections 2016
Culled from the nearly 1,000 wines reviewed throughout the past year that were designated Cellar Selections by the magazine’s tasting panel, this lineup will guide you when undertaking the tricky yet gratifying task of starting a cellar, or just help you expand your existing collection.

15. Craft Beer & Brewing Magazine’s Best in Beer 2016
A selection of awards categories chosen by thousands of readers through an online survey of subscribers. What you, your beer and brewing enthusiast peers consider to be the best beers, breweries, styles, and more.

18. New York Times’ Best of Theater in 2016
Ben Brantley’s list of productions that made us rethink not only their subjects but also how we experience theater itself.

19. Refinery 29’s Indie Movies You Might have Missed
Molly Horan writes up the best Indie Flicks of the year

20. AV Club Best TV of 2016
The A.V. Club’s list of 2016’s best television came together with contributions from 25 writers, who nominated 99 separate programs from multiple genres (including one major sporting event) for the year’s top honor.

22. New York Times’ Best New Podcasts of 2016
Listening to a great podcast can feel like falling into conversation with a new best friend or eavesdropping on an infatuating crush. Amanda Hess writes about the best 10 that debuted this past year.

24. Artsy’s Top Emerging Artists of 2016
Artsy’s editors consulted a number of data sources, including UBS’s art news app Planet Art, and the insight of influential individuals to see who among these new and newly essential names proved a cut above the rest.

25. Artnet’s 10 Most Innovative Galleries of 2016
Artnet tells us who they feel pushed the boundaries this year.

26. Artnet’s 10 Biggest Art Scandals of the Year
The forgeries, restitution, and surreal trials that made headlines this year.

27. Designboom’s Top 10 Museum Openings in 2016
The terrific design site rounds up the year’s most talked about projects with a look at ten museums that opened their doors in 2016.

28. ArchDaily’s 2016 Winners for Best Architecture of the Year
The popular and reputable site shares their winners for the best architecture from the past year.

29. The 2016 Residential Architect Design Awards
The Journal of the American Institute of Architects jury selected 24 projects across 11 categories from 2016 for recognition

30. Architect Magazine’s Top 50 Architects/ Architecture Firms of 2016
The Journal of the American Institute of Architects selects the top 50 firms of the year.

33. Autoblog’s Top 50 Car Photos of 2016
A selection of the sexiest and superior drool-worthy images of vehicles from 2016

35. Core 77’s best picks for Alternative Living from 2016
The wonderful design blog rounds up their most popular articles about pre-fabs, camping tents, tiny houses, souped up trailers and other alternative to the traditional home. 38. Best Packaging Design of 2016
Richard Baird of Branding, Packaging and Opinion selects his favorites of the year

39. The Dieline 2016 Award Winners
The well-known packaging design site’s picks for the best of 2016

42. PDN’s Top Photography Gear for 2016
PDN‘s Technology Editor Greg Scoblete’s picks for best new cameras, video equipment and lenses, advancements in storage capabilities and what the next iteration of Photoshop might bring.

44. Condé Nast Traveler’s Best Places To Visit in 2017
From Portugal and the Azores to Canada, these 17 editor-endorsed destinations are the best places to travel this year.

45. Inhabitat’s 9 Reasons 2016 Wasn’t As Bad As You Thought
The environmentally-conscious site inspires us with stories that highlight what is good and right with the world.

46. Refinery29’s Best Fashion Moments of 2016
Refinery 29 brings us the headlines that defined fashion this past year.

47. Vogue’s Most Popular on Instagram in 2016
The Designers and Models Who Gained the Most Followers in 2016 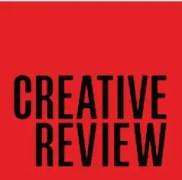 49. Creative Review’s Picks for the Best Record Sleeves of 2016
The UK site looks back at their favorite album art of the year

50. The FWA Awards 2016
FWA of the day. Every day, the FWA jury selects the best project to showcase cutting edge creativity, regardless of the medium or technology used.

51. WIRED’s Most Innovative Objects of 2016
Items which debuted this year that get forward-thinking just right.

52. Designboom’s Top 3D Printing Stories of 2016
As 3D printing grows more and more in popularity, the design site rounds up the numerous 3D printing projects that caught their eye in 2016.

53. Engadget’s Best Gadgets of 2016
The websites highlights their 13 favorite gadgets from 2016

60. And lastly, Google’s Search Trends Globally in 2016
As Google does annually, you can check out how, what and whom was most searched for in the past year by topic and/or country. The video below is their compilation of popular topics in 2016

And a big thank you to all these blogs, sites and online magazines for helping to keep If It’s Hip, It’s Here hip.