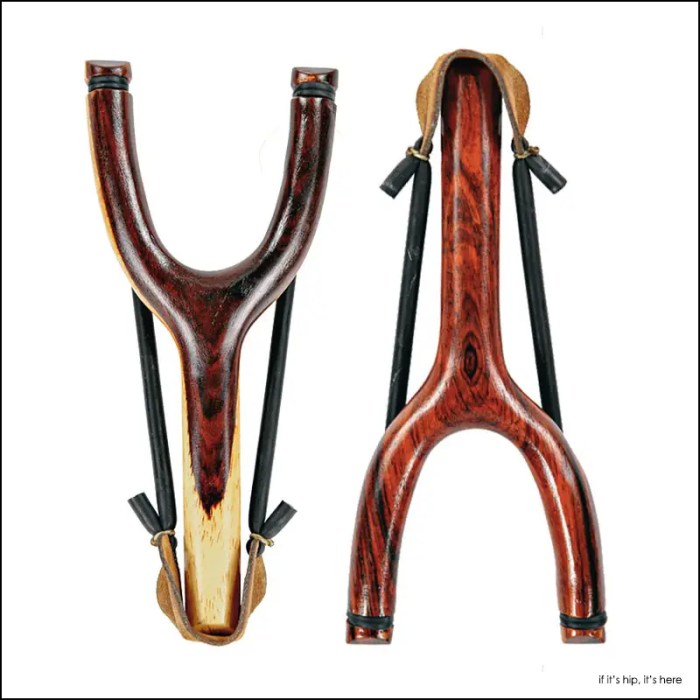 Certain toys never go out of style, but instead simply get more stylish. This is what Adam Gray has done with the ol’ classic slingshot. Adam, who graduated from the Rhode Island School of Design and presently works at Bicycle Bolts, has become a new millennial favorite with his Hella Slingshots. Handcrafting different slingshots from forked tree branches in San Francisco and carefully airbrushing them with acrylic paint, he has raised the classic toy to a level of functional art. From higher-end versions made from polished woods to sporty colorful versions and even adorable folk-art animal versions, each is outfitted with a leather appointed projectile using natural latex tubing. Featured on Fab.com and with Wired magazine choosing them as one of the best 20 gifts under $50, they are becoming a hip gift for adults and kids alike. While I’m not encouraging people to knock out squirrels or worse, an eye, these can serve as the ultimate CEO desk accoutrement as well as a great stocking stuffer for the child (or juvenile adult) who wants to aim at inanimate objects.

Ammo (shown below) is available in felt, wood, iron, or eco-friendly seedbombs. The Slingshots vary in price from $15 to $41 on his site and here on Scout Mob.