` The Bauhaus Bus, Dessau Design School Replica on Wheels - If It's Hip, It's Here
Skip to content Architect Walter Gropius’ iconic Bauhaus School of Design in the city of Dessau has been recreated on a smaller scale as a motorized bus that will travel through Dessau, Kinshasa, Berlin and Hong Kong to challenge a new generation of designers and thinkers. 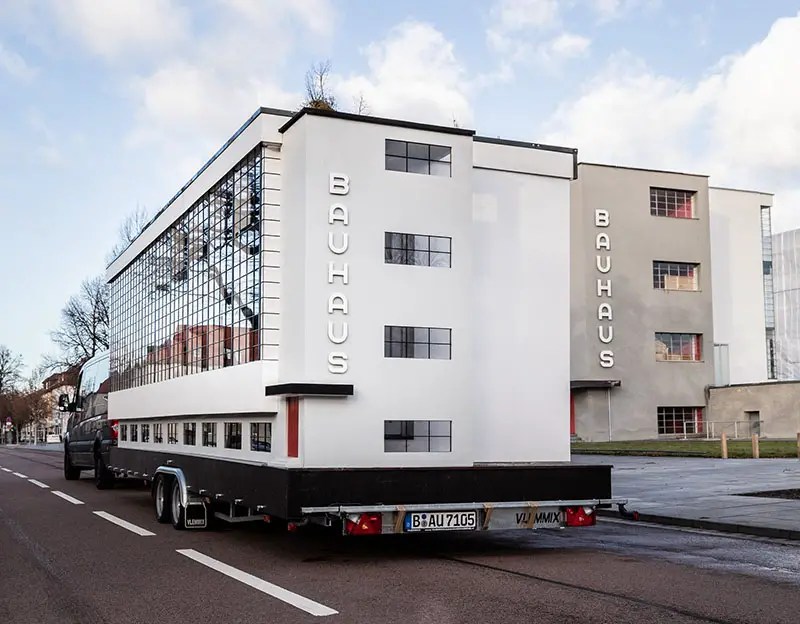 To mark the Bauhaus’ 100th anniversary, the “Wohnmaschine” has been created. A miniature, motorized version of the workshop wing of the Bauhaus building in Dessau, it’s the beginning of a longterm project titled SPINNING TRIANGLES by collective Savvy Contemporary with some help from Tiny House University. “We recognize the Bauhaus not only as a solution, but also as a problem,” says the collective. 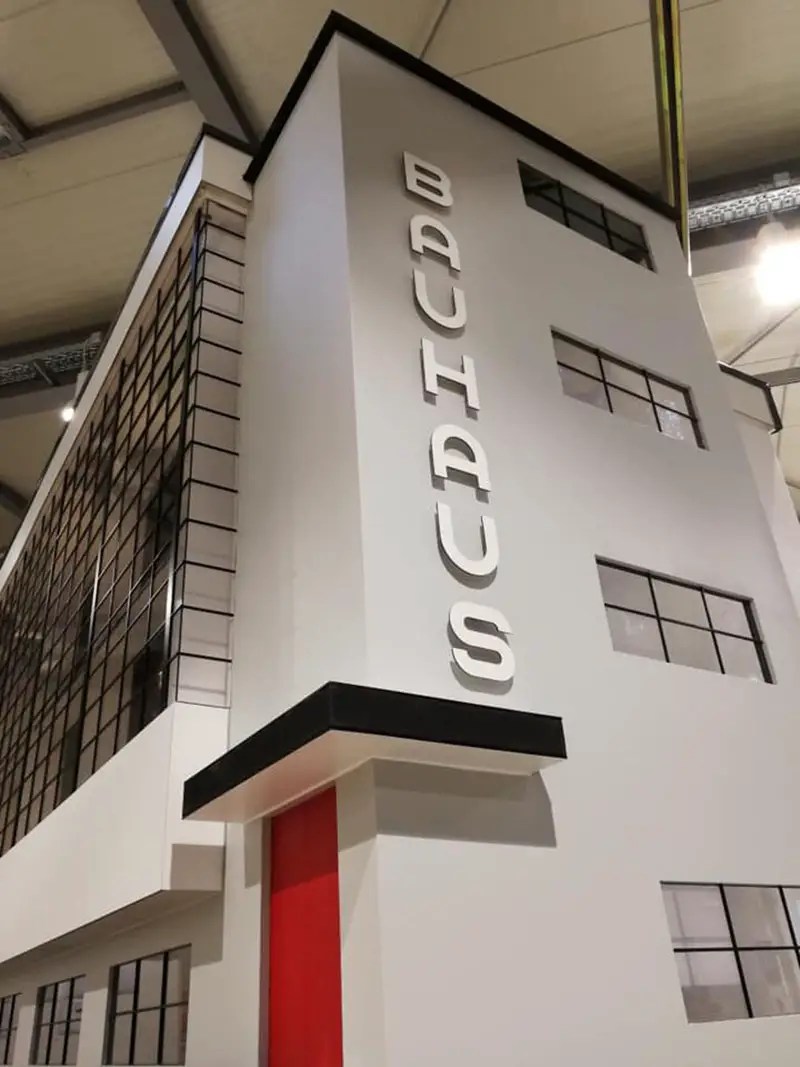 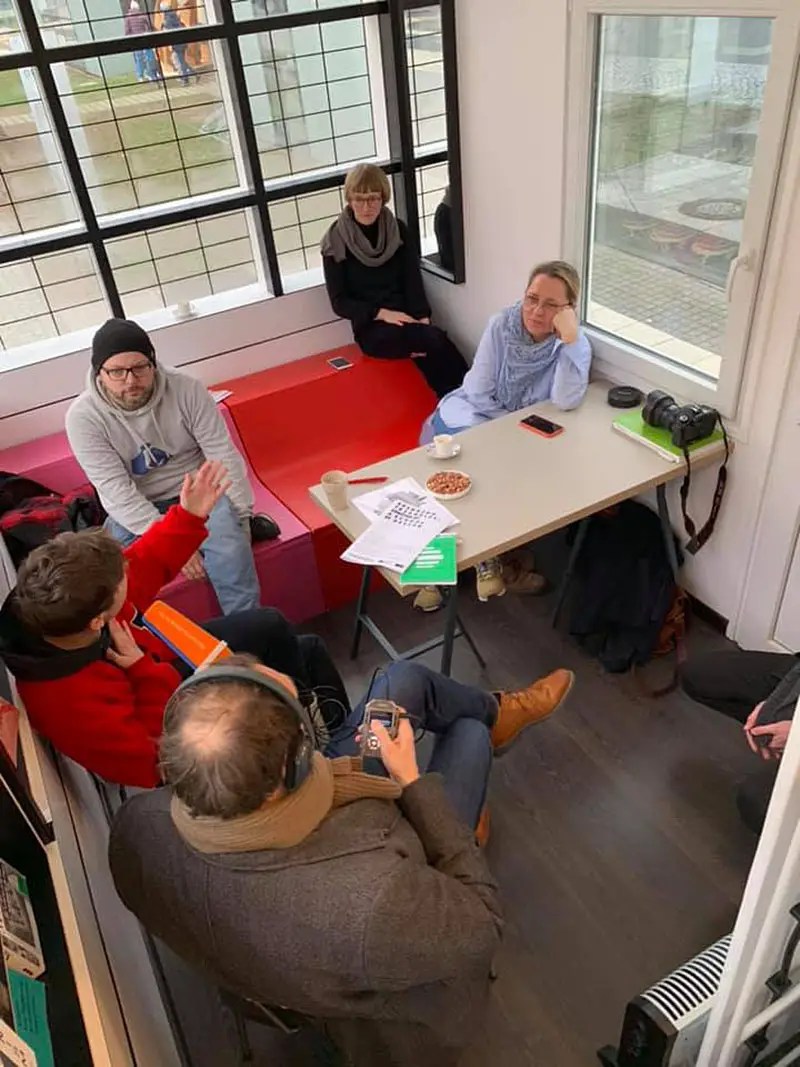 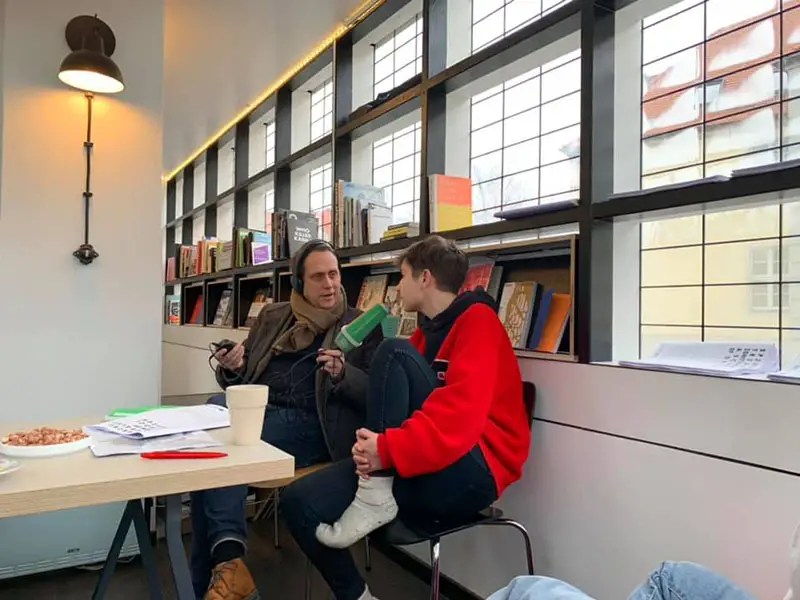 The moving bus hides a 15 sqm apartment, complete with shower, electricity, a stove, bookshelves, desks and more. It is open to the public where the Bauhaus Bus can be used to host debates, workshops and exhibitions. Savvy Contemporary, whose mission is to “create spaces for epistemological diversity and articulate knowledges as a means of de-colonizing the singularity of knowledge”. It tries to revive different perspectives on knowledge, celebrating epistemic systems from Africa and the African diaspora, Asia-Pacific, Latin America, but also Europe and North America through alternative means such as body, music, storytelling, food/eating, dance, theatre, and performance. “These are our chosen means to swim against the Enlightenment conception of reason,” it states.