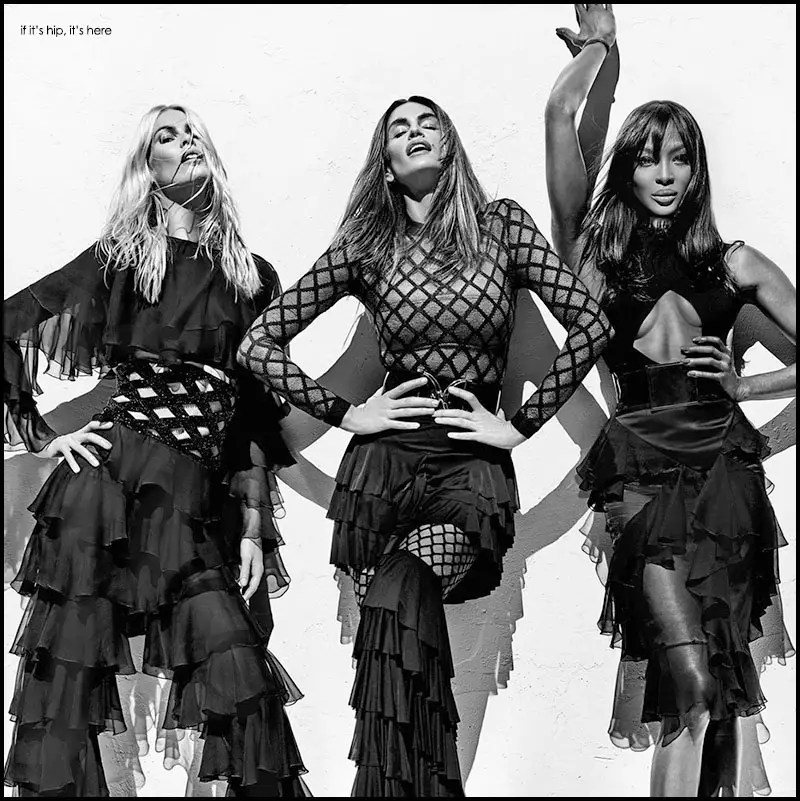 Haute couture fashion house Balmain has launched a new campaign for their 2016 Spring Summer line featuring supermodels of yesteryear, Claudia Schiffer, Cindy Crawford and Naomi Campbell. Photographed by the legendary Steven Klein these women, now in their mid-late 40s, look even better now than in their heyday. I don’t know what’s more beautiful in this synthesis of creativity: the fashions, the photography or the subjects. Call it a trifecta of beauty. Cindy Crawford is 49 and both Claudia Schiffer and Naomi Campbell are 45. The three dominated magazine covers, ads and runways as far back as 25 years ago and they are sexier than ever. 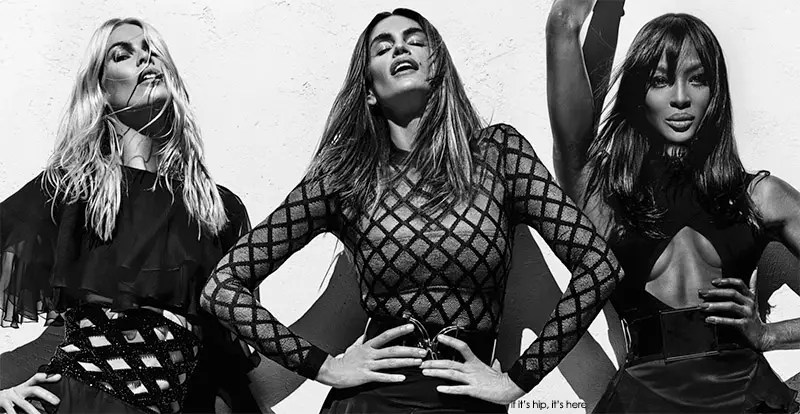 Steven Klein, one of the world’s foremost fashion photographers, proves in these black and white photos that at 50, he is still a master of presenting fashion with unparalleled finesse.

And Balmain, founded by Pierre Balmain in 1945, now with the talented (and gorgeous) Olivier Rousteing at the helm (shown below with the 90’s supermodels),  still remains one of the most respected fashion houses in the world. “I felt like I was dreaming as I was watching the photo shoot, because I knew it was going to be something iconic that I would never forget,” he said. “You realize working with them, it’s another way than working with the models of today. They know so much about themselves. Their career is so strong. They know their bodies so well. They move at the same time that the camera is moving. Steven also knows them so well, so it was such a good synergy.”- Olivier Rousteing

It’s a campaign that only maturity and experience could produce. And what a campaign it is. Below are all the photos from the campaign. 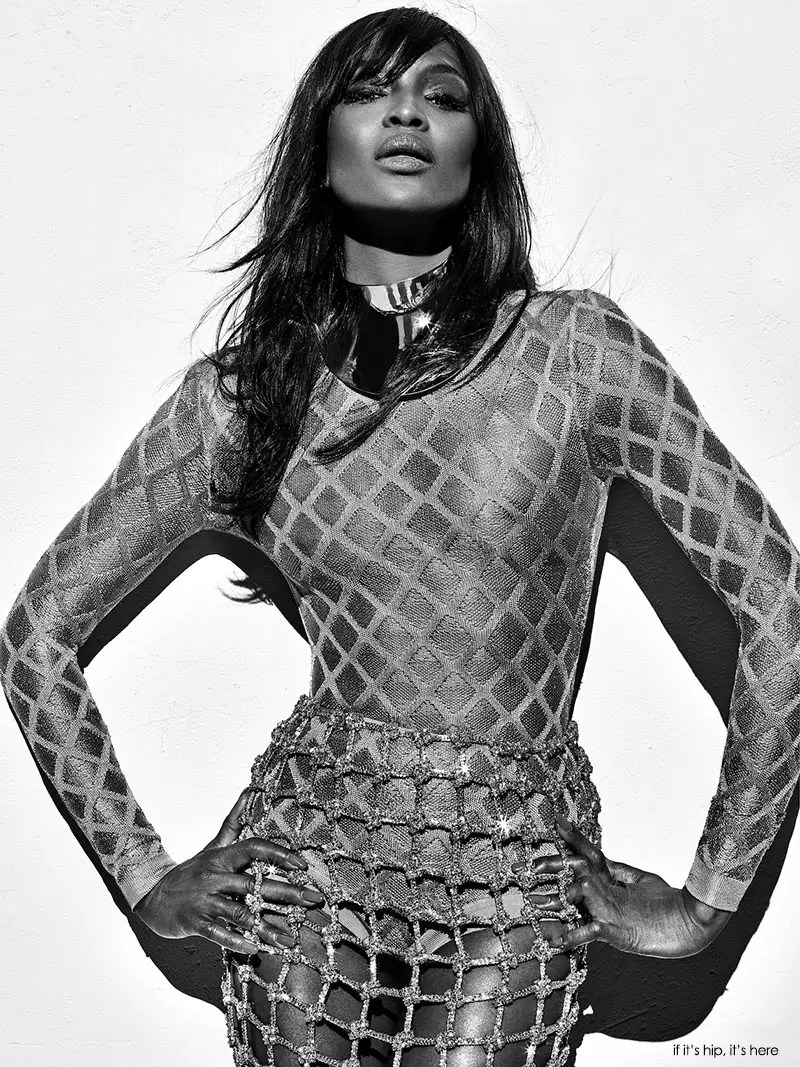 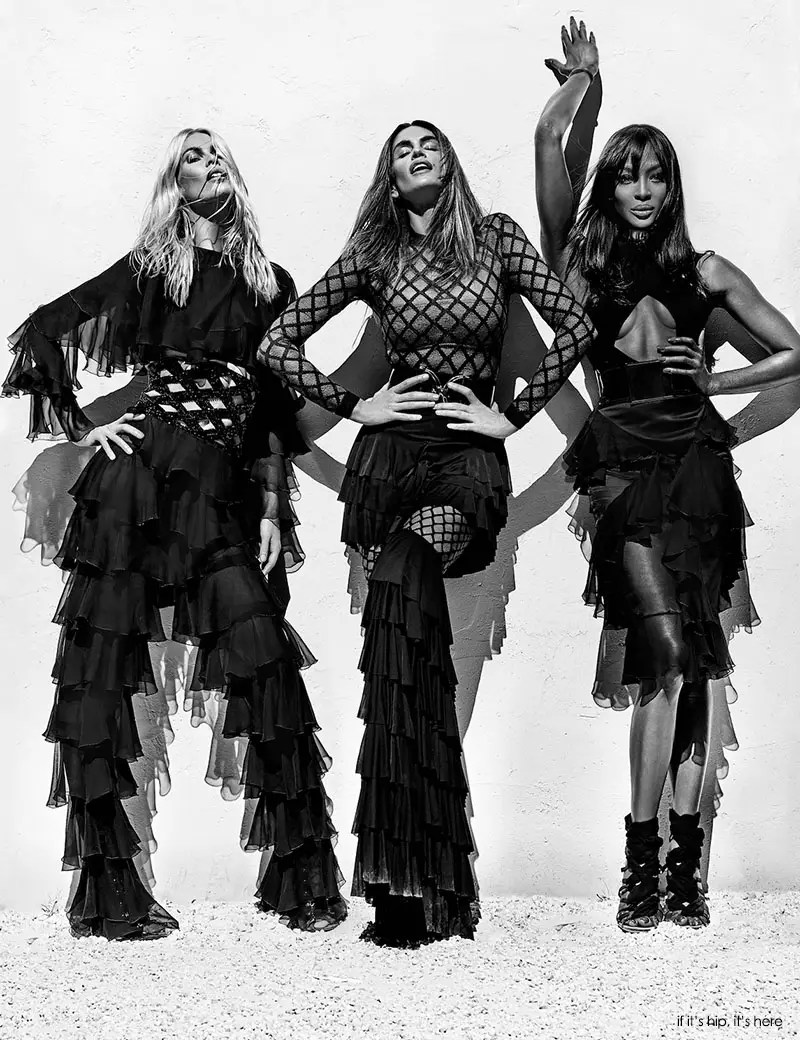