` Kadir Nelson's "Say Their Names" Cover - If It's Hip, It's Here
Skip to content If you’re still unaware of the work of talented artist Kadir Nelson, you won’t be for long. For years now, the Los Angeles artist has impressed with his paintings, illustrations, magazine covers and many beautifully illustrated, award-winning children’s books. Now take a look at his powerful newest piece, Say Their Names, created for the cover of the June 22, 2020 issue of The New Yorker Magazine.

Throughout his career artist Kadir Nelson, 46, has immortalized some of the most iconic Black men and women, moments and events as paintings, postage stamps, album covers, magazine covers and biographies. His illustrated children’s books have garnered him many prominent awards including multiple Caldecott medals, multiple awards from the Society of Illustrators in New York, the prestigious Hamilton King Award, Coretta Scott King Author and Illustrator Awards, New York Times Best Illustrated Book Awards, several NAACP Image Awards and an Olympic Art Bronze medal, among others.

Despite his already receiving much attention for his recent National Geographic Cover, the forthcoming June 22 New Yorker Magazine cover will undoubtedly make an impact. The issue prominently features George Floyd whose silhouette serves as a canvas for a visual compendium of American Black history and Racism.

Nelson begins the narrative with the arrival of the unnamed 400 years ago and singles out a slave known as Gordon, photos of whose badly beaten body served as a catalyst for the efforts to end slavery.

The Unnamed
Most of the millions of black people enslaved in America were given names by their owners. To this day, many are nameless. Their graves lie across the country, often unmarked; some scholars have found them by looking for periwinkle, a common burial plant in the eighteenth and nineteenth centuries. 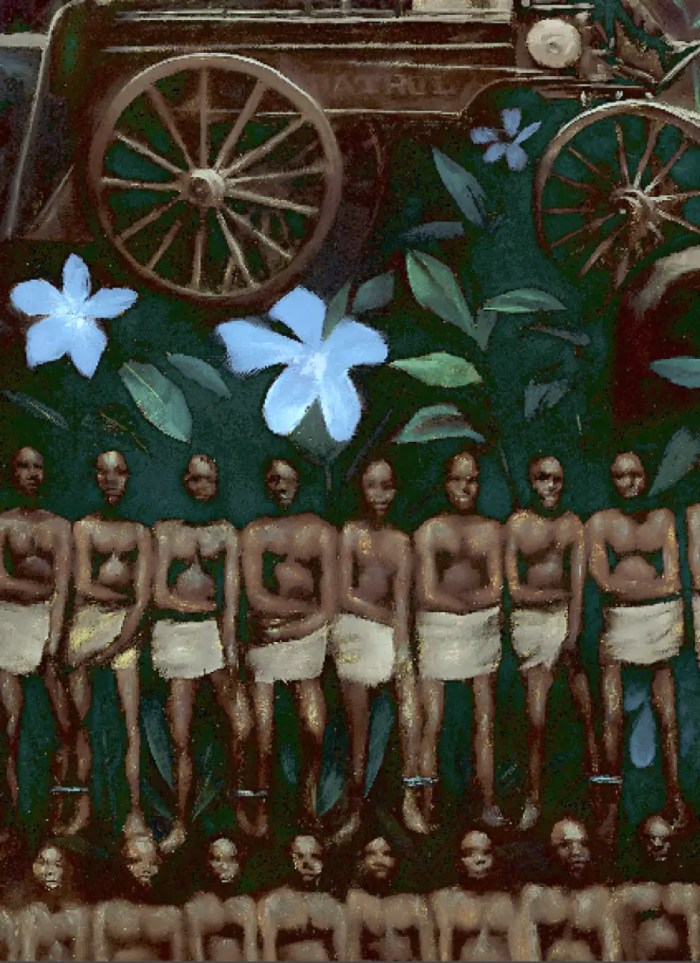 Gordon
In March 1863, a man known as Gordon, who had been enslaved on a Louisiana plantation, escaped to a Union camp near Baton Rouge. At the camp, photographers took pictures of his back, which had been brutally whipped. The images would be reproduced and circulated around the nation, further fueling the abolitionist movement. The Tulsa Race Massacre, the March in Selma, Rosa Parks refusal to give up her seat, the assassinations of Dr. Martin Luther King, Jr. and Malcolm X and the beating of Rodney King by four LA Police Officers are all rendered within the body of George Floyd. Tulsa Race Massacre
Between May 31 and June 1, 1921, white mobs in Tulsa, Oklahoma, attacked black residents in the Greenwood district, then one of the wealthiest black communities in the United States. Hundreds were hospitalized and killed, and more than a thousand homes and businesses were burned or destroyed. In 2000, a commission formed by the state of Oklahoma suggested that thirty-three million dollars in restitution be paid to the survivors and descendants of victims. No such legislation was passed. 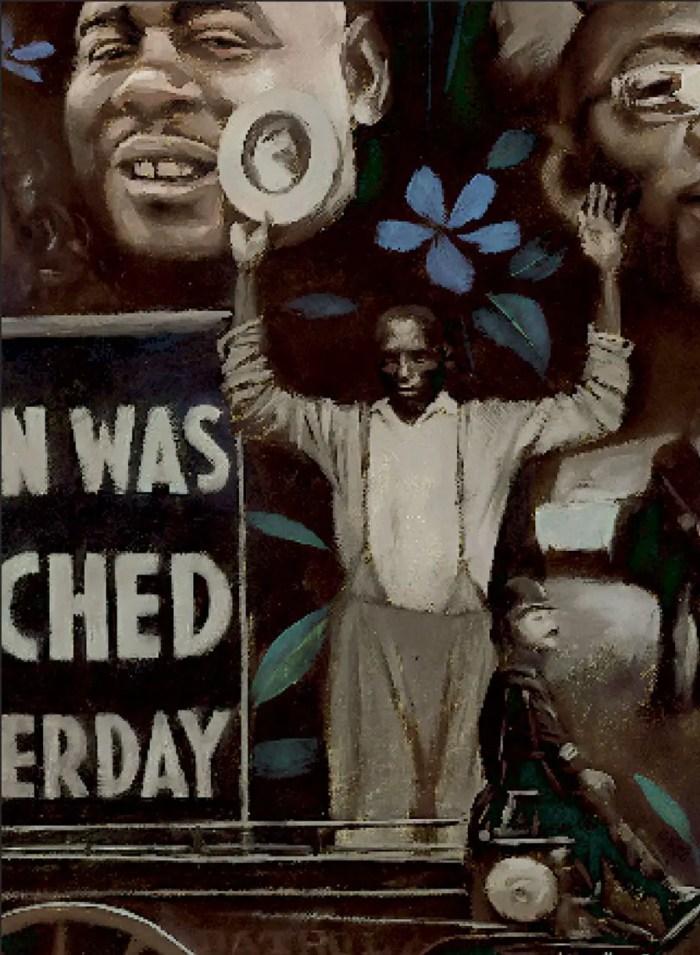 The Beating of Rodney King
On March 3, 1991, the twenty-five-year-old King was violently beaten by four Los Angeles police officers. None of the officers were convicted in California; two were convicted on federal civil-rights charges. This interactive feature in the New Yorker magazine allows you to explore the cover in more detail.

Kadir’s work is absolutely beautiful and he sells prints of many of it. Be sure to visit his website to see more.

Hipsters in Stone by Léo Caillard And Alexis Persani

Funland, A Carnal Carnival, Opens At The Museum Of Sex.