French artist JR, who works in large-scale art installations, has pulled off a visual magic trick in the city of Paris by making I.M. Pei’s glass pyramid in front of The Louvre museum disappear.

I love the work of French artist JR. His public installations, like this one he created for the NYC Ballet, are always a sight to behold and his latest is no disappointment. Invited by the “world’s largest museum”, JR chose one of its symbols, the pyramid of the Louvre, to make it disappear thanks to a surprising anamorphosis.

Commissioned by the President of France, François Mitterrand, in 1984, the steel and glass pyramid was designed by Chinese American architect I.M. Pei. The structure, which was constructed entirely with glass segments, reaches a height of 21.6 metres (71 ft).[2] Its square base has sides of 34 metres (112 ft) and a base surface area of 1,000 square metres (11,000 sq ft).[3] It consists of 603 rhombus-shaped and 70 triangular glass segments. (source: wikipedia) The pyramid and the underground lobby beneath it were created because of a series of problems with the Louvre’s original main entrance, which could no longer handle the enormous number of visitors on an everyday basis. Visitors entering through the pyramid descend into the spacious lobby then re-ascend into the main Louvre buildings.

The art installation and exhibit, which was heralded with the beautiful poster shown below, will be up through June 27th. 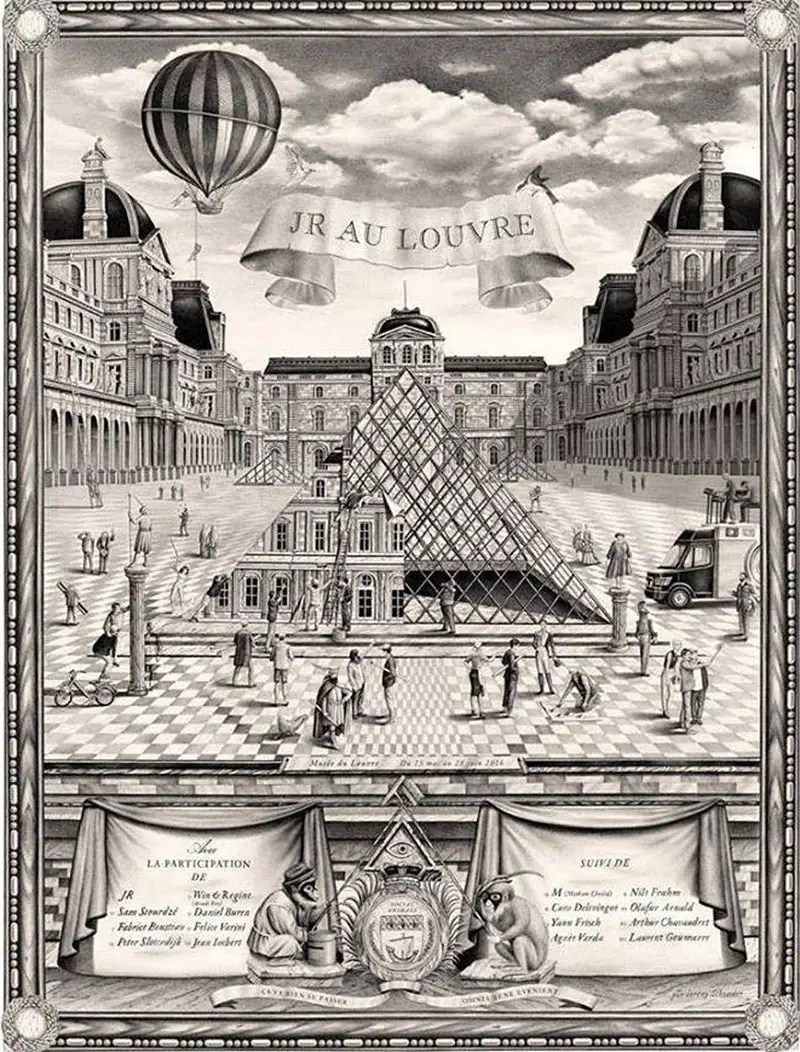 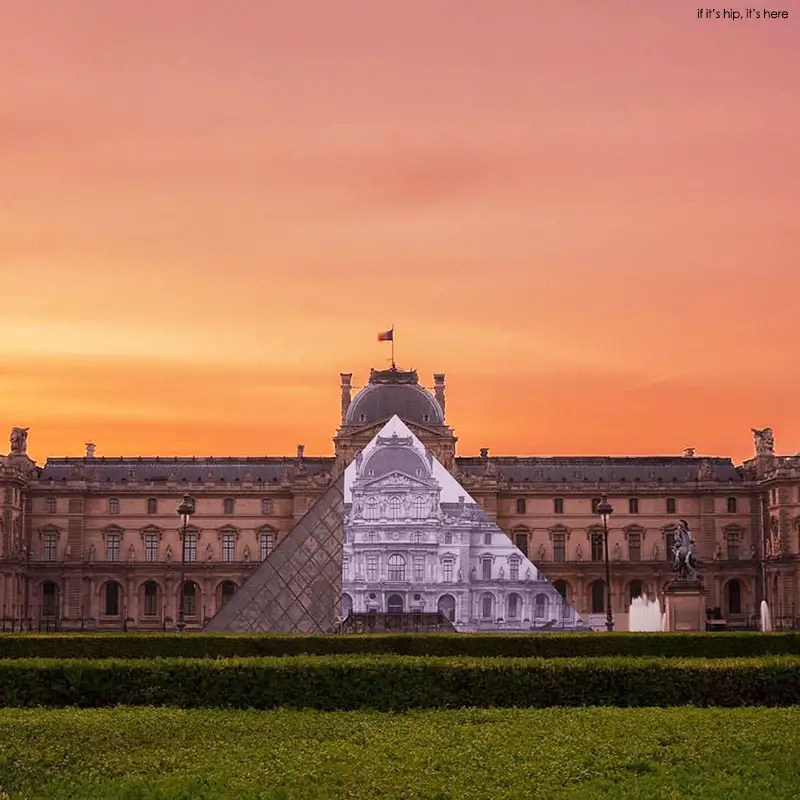 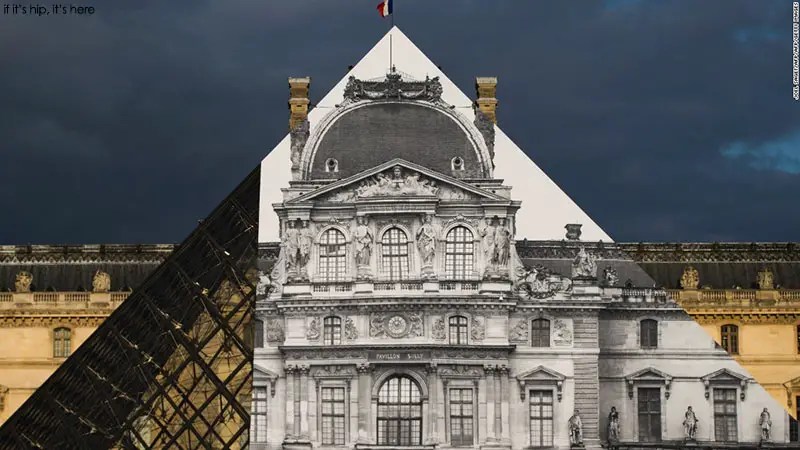 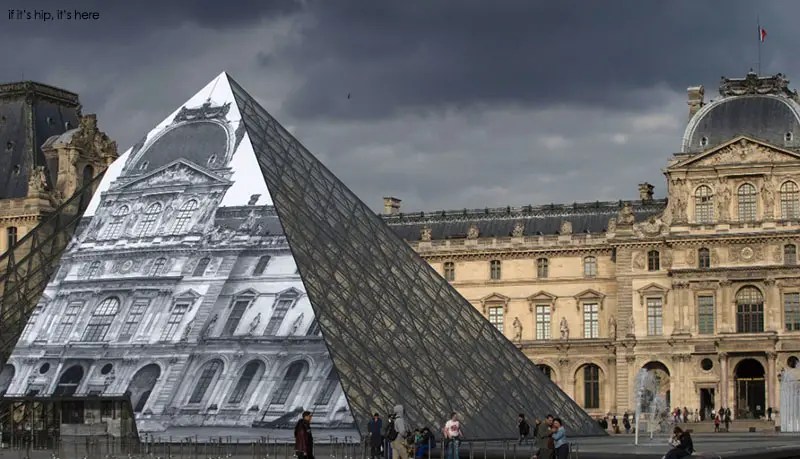 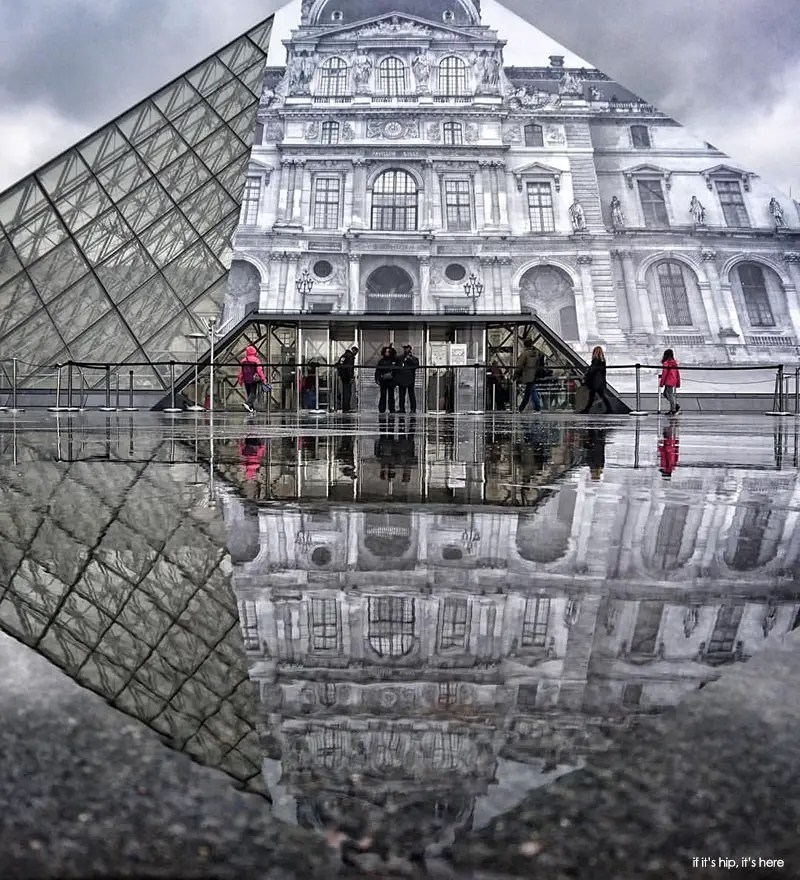 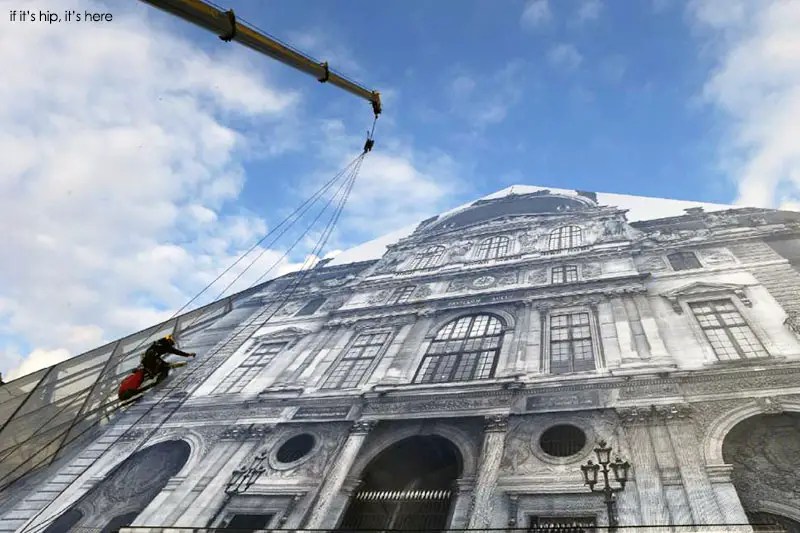 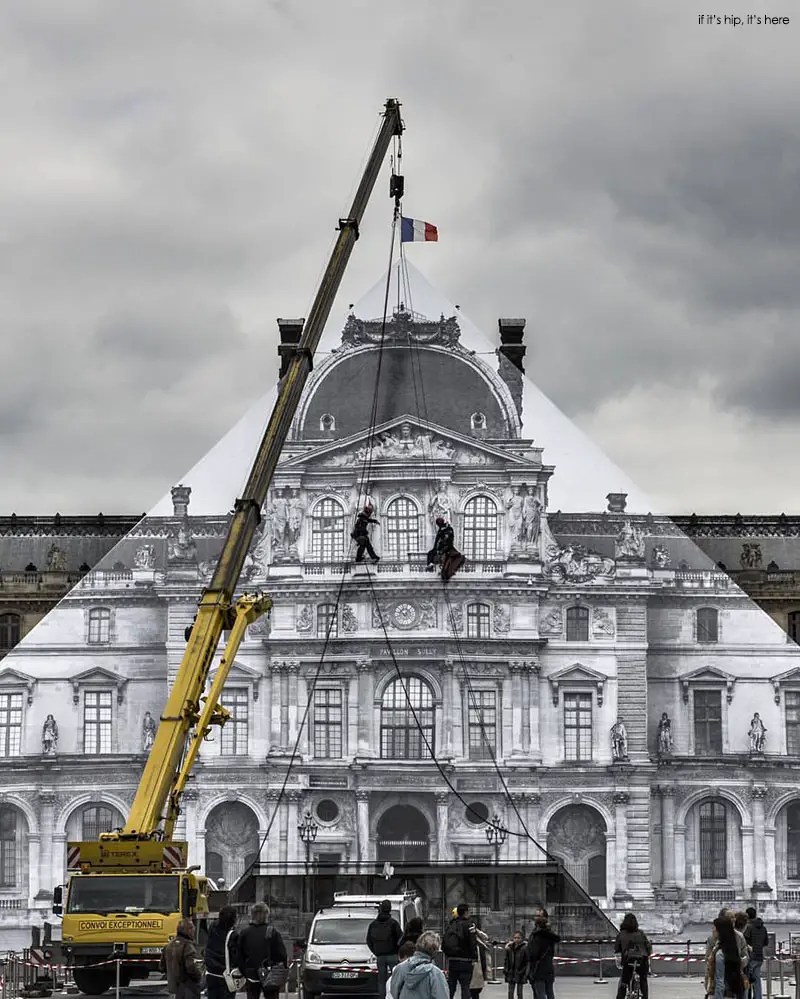 I want to make the Louvre Pyramid disappear because I want people to see themselves alone, just their head and the Louvre. I find it funny seeing people taking selfies all day in front of the pyramid but always with their back to the Louvre. It says a lot about our society where people turn their back on things and focus on themselves. Today, that’s going to change…at least here at the Louvre.”- JR Practical Information
From May 25 to June 27, 2016
Location: Cour Napoléon / Louvre Auditorium
Admission: €15 (permanent collections + exhibitions)
Opening hours:
Every day from 9 a.m. to 6 p.m., except Tuesday.
Night opening until 9:45 p.m. on Wednesdays and Fridays.

information and images courtesy of the artist, The Louvre and CNN