Bella Manu of Toronto has not only hand-painted some of the prettiest art-inspired Easter eggs, but she has listed the materials and instructions necessary to inspire you to make some of your own.

Handpainted in 2012 (Lichtenstein), 2014 (Warhol) 2015 (Klimt) and 2016 (Haring), Bella’s eggs are an impressive likeness of the original art. Along with photos of the eggs, Bella published step by step instructions on her old blog, ArtClubBlog, so you can take a whack at these yourself. 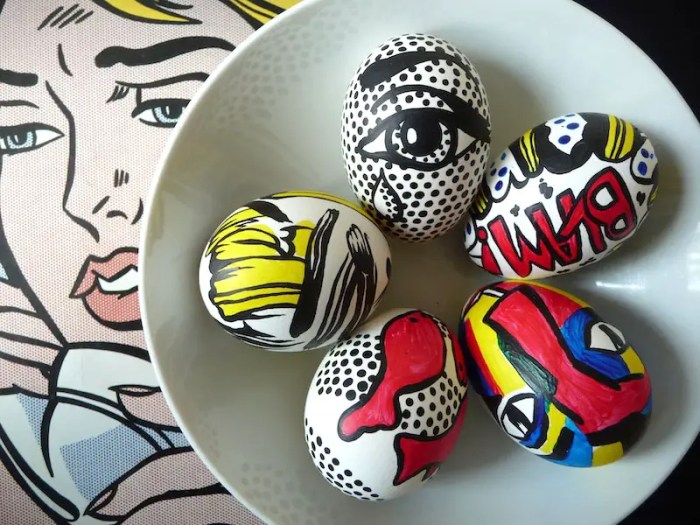 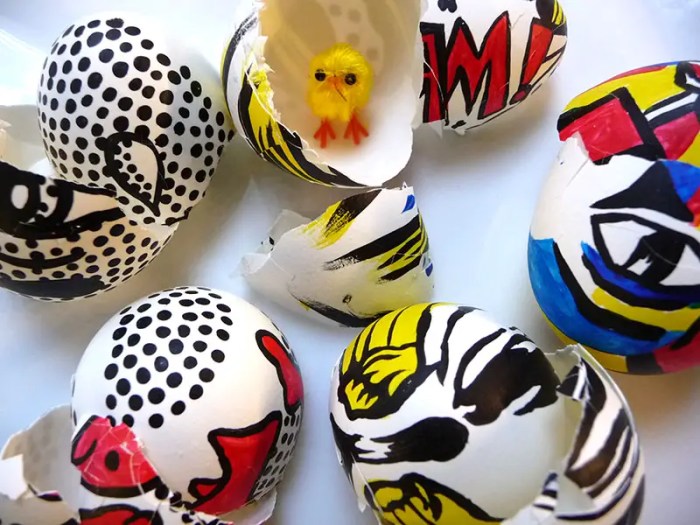 Roy Fox Lichtenstein (October 27, 1923 – September 29, 1997) was an American pop artist. During the 1960s, along with Andy Warhol, Jasper Johns, and James Rosenquist among others, he became a leading figure in the new art movement. His work defined the premise of pop art through parody.[2] Inspired by the comic strip, Lichtenstein produced precise compositions that documented while they parodied, often in a tongue-in-cheek manner. (wikipedia)
Learn how to make the Roy Lichtenstein Easter Eggs here 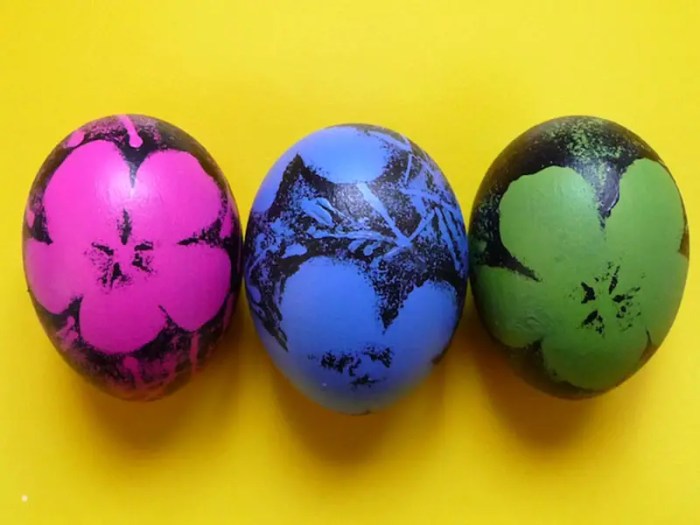 Andy Warhol (born Andrew Warhola; August 6, 1928 – February 22, 1987) was an American artist who was a leading figure in the visual art movement known as pop art. His works explore the relationship between artistic expression, celebrity culture, and advertising that flourished by the 1960s, and utilize a variety of media, including painting, silkscreening, photography, film, and sculpture. Some of his best known works include the silkscreen paintings Campbell’s Soup Cans (1962) and Marilyn Diptych (1962), the experimental film Chelsea Girls (1966), and the multimedia events known as the Exploding Plastic Inevitable (1966–67). (wikipedia)
Learn how to make the Andy Warhol Easter Eggs here Keith Allen Haring (May 4, 1958 – February 16, 1990) was an American artist and social activist whose work responded to the New York City street culture of the 1980s by expressing concepts of birth, death, sexuality, and war. (wikipedia)
Learn how to make the Keith Haring Easter Eggs here 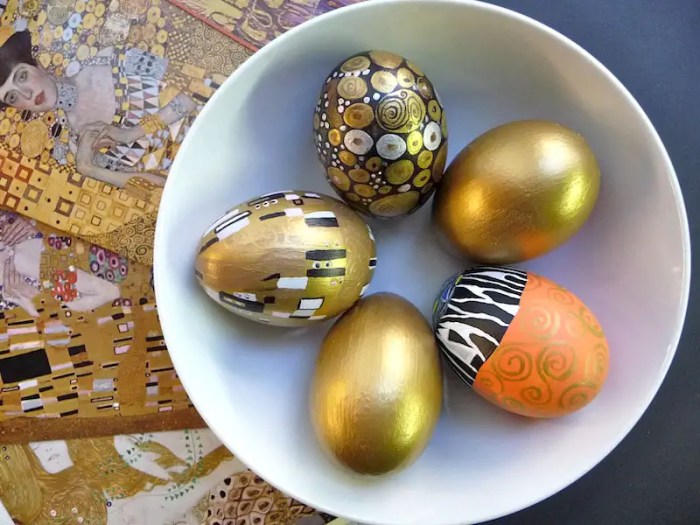 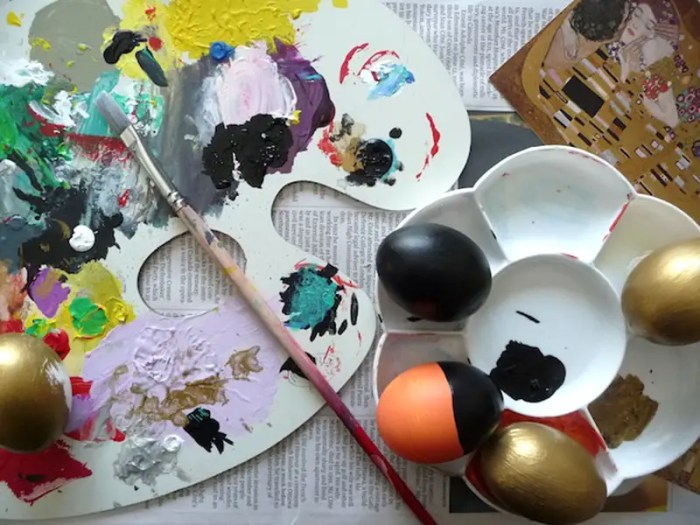 Gustav Klimt (July 14, 1862 – February 6, 1918) was an Austrian symbolist painter and one of the most prominent members of the Vienna Secession movement. Klimt is noted for his paintings, murals, sketches, and other objets d’art. Klimt’s primary subject was the female body,[1] and his works are marked by a frank eroticism.[2] In addition to his figurative works, which include allegories and portraits, he painted landscapes. Among the artists of the Vienna Secession, Klimt was the most influenced by Japanese art and its methods. (wikipedia)
Learn how to make the Gustav Klimt Easter Eggs here

While Bella has not contributed to her blog lately, an art enthusiast, you can see her wonderful photos of street art at her flickr account here.

Bookends of the Earth. Hand Crafted Sculptural Micrososms of The Planet.