PARADISE is Studio Smack’s animated contemporary interpretation of the center panel of the most famous triptych by the Early Dutch master Hieronymus Bosch, The Garden of Earthly Delights.

Animated Interpretation of The Garden of Earthly Delights 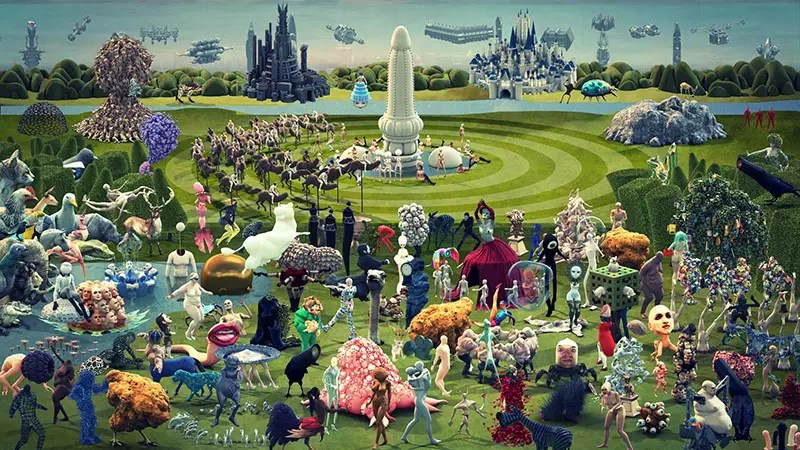 By using fifteen different, contemporary, animation techniques, an additional layer of meaning was added to the historical work. The end result not only increased the exposure of the original work, it positioned the medieval masterpiece in contemporary visual culture.

In the work, the group cleared the original landscape of the middle panel of Bosch’s painting and reconstructed it into a hallucinatory 4K animation.

The creatures that populate this indoor playground embody the excesses and desires of 21st century Western civilization. Consumerism, selfishness, escapism, the lure of eroticism, vanity and decadence. All of them have been given their own animation loop to wander through the landscape. By placing them altogether in this synthetic fresco, the picture is never the same. What the animation and Bosch’s triptych have in common is that you’ll hardly be able to take it all in, you can watch it for hours.

Studio Smack has just announced they will be soon doing the same for the “Hell” part of the triptych! 30 Pieces of Poignant and Uncensored Art by US War Veterans.

Villa Walala: If Ettore Sottsass Made A Bouncy House!