` Amy Schumer as Princess Leia for GQ - If It's Hip, It's Here
Skip to content Promoting her first movie, Trainwreck, comedy’s newest “It Girl” the hilarious blonde and bawdy Amy Schumer, poses as Star Wars Princess Leia on the cover of GQ’s Comedy Issue. The gentlemen’s magazine also features a sexy sci-fi photo editorial of Schumer gettin’ it on with the galaxy’s most beloved droids in these amusing photos by Mark Seliger. 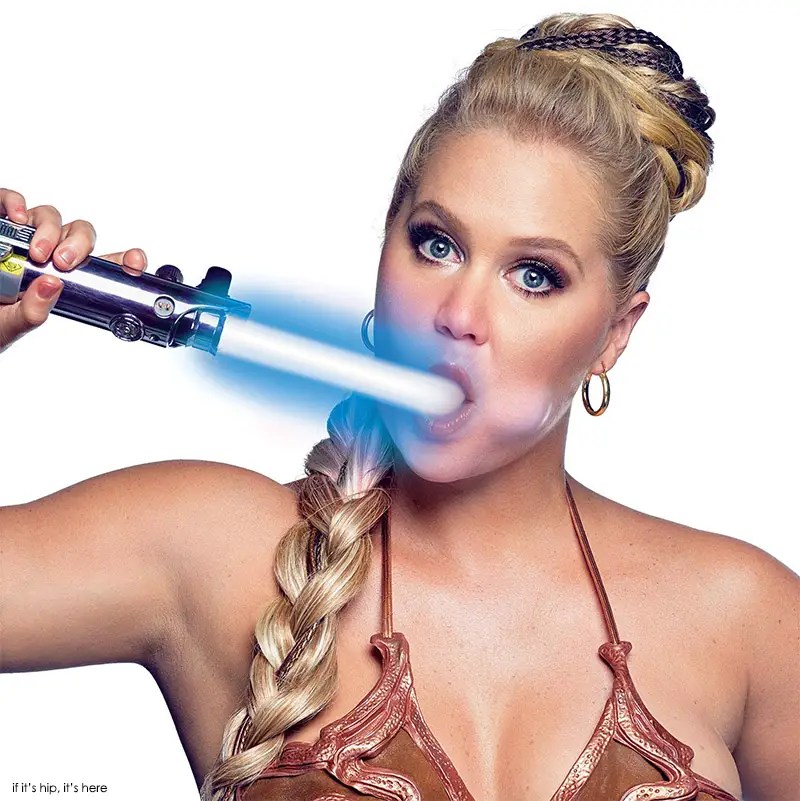 Schumer poses for Seliger as a partying and promiscuous Princess Leia. Wearing the now iconic Star Wars’ white hooded gown and sexy bikini seen on Carrie Fisher in the original 1977 movie, you’ll find her alongside our favorite Wookie and droids R2-D2 and C-3P0.

The Princess embarks on a night on the town with the alien gang from Lucas’ legendary film: 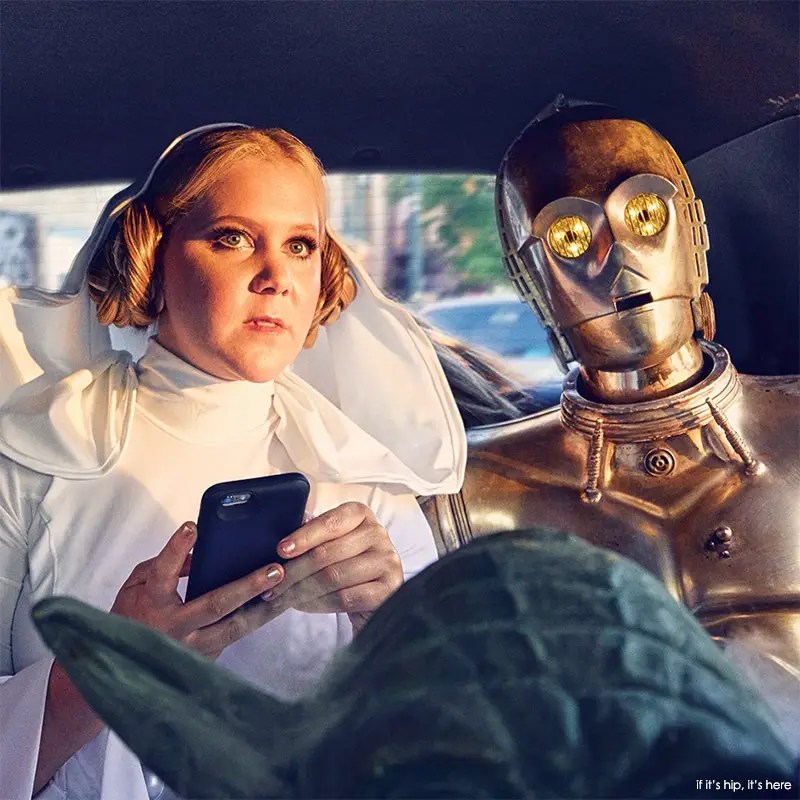 She boozed it a up at the local tavern and danced on the bar: Kicked up her heels: 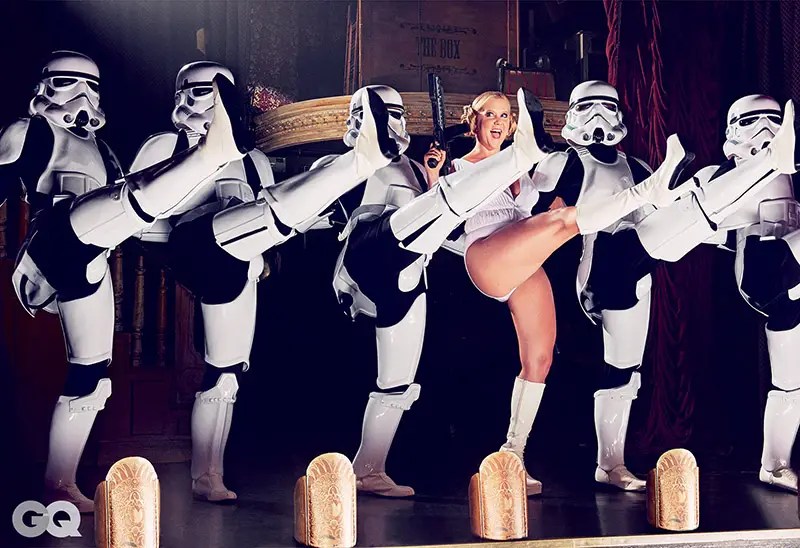 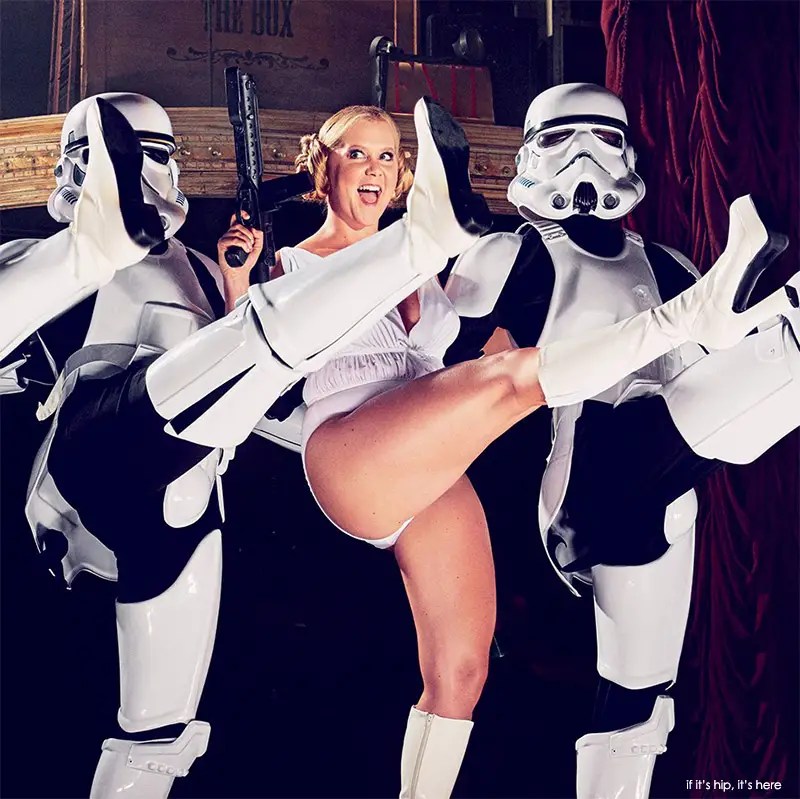 And shared a post-coital smoke with R2-D2 and C-3PO: 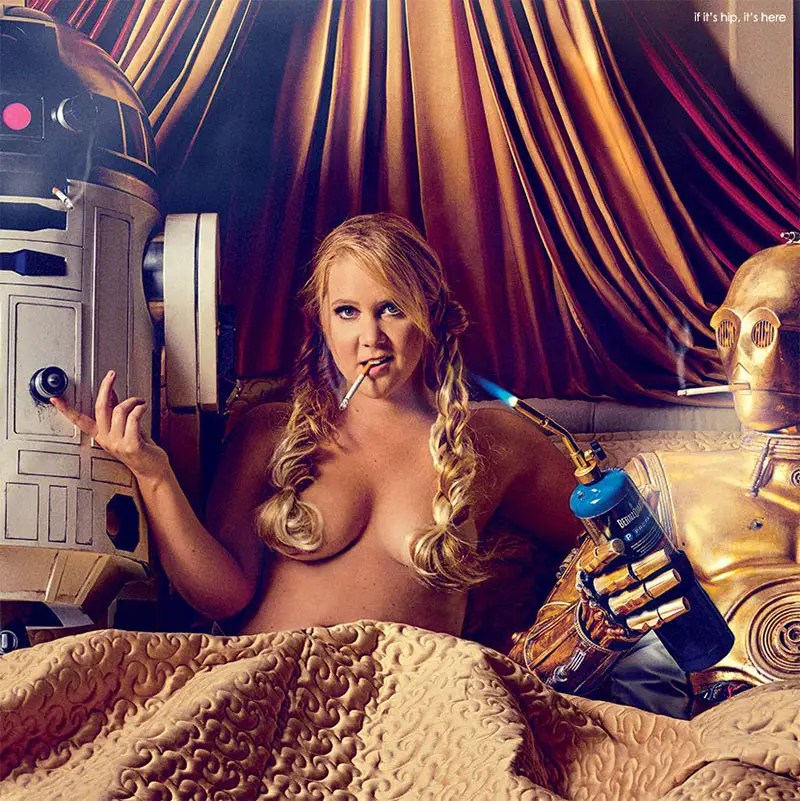 Amy’s Alternate cover (for which Amy took a shot at writing her own cover lines): all images courtesy of GQ Magazine