With more diverse coin designs to come the new 2017 American Liberty Gold Coin unveiled yesterday is the first to feature an African American Lady Liberty. It was designed to kick-off the Mint’s 225th Anniversary and was chosen from 25 final proposed designs of re-imagined versions of Lady Liberty. We’re going to show you the other 24 coin designs that were in the running as well.

The new coin (shown above and below) is the first in a series of 24-karat gold coins that will feature designs which depict an allegorical Liberty in a variety of contemporary forms-including designs representing Asian-Americans, Hispanic-Americans, and Indian-Americans among others-to reflect the cultural and ethnic diversity of the United States. Justin Kunz, the artist behind several previous coins and medals for the US Mint, is the artist behind the new 225th Anniversary Gold Coin featuring a beautiful African American version of Lady Liberty rocking flat twists.

Not his first re-imaging of the Lady, Justin also designed a more contemporary depiction of Lady Liberty for the 2015-2016 High Relief American Liberty Gold Coin and Silver Medal which were minted in a limited number for collectors, but never put into circulation.

Here are the other 24 proposed designs made to the Citizens Coinage Advisory Committee (CCAC) in March 2016 for the 2017 American Liberty High Relief gold coin (obverse side only): 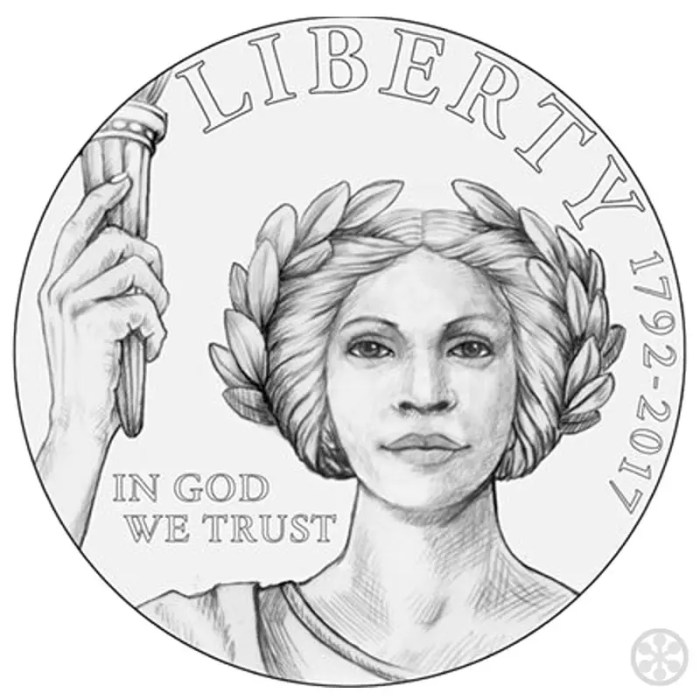 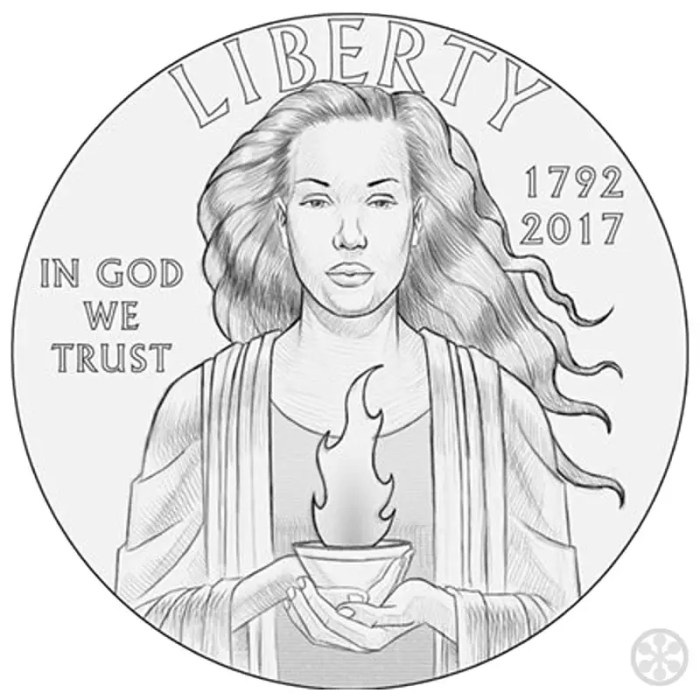 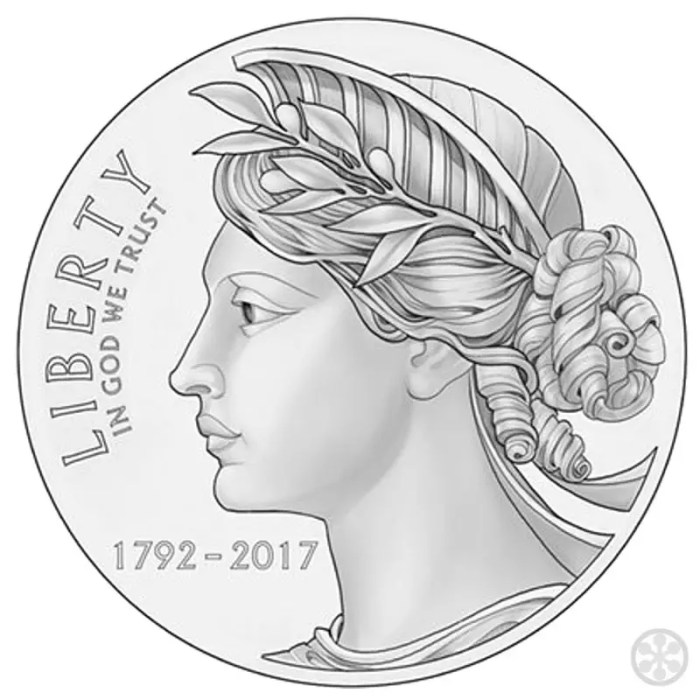 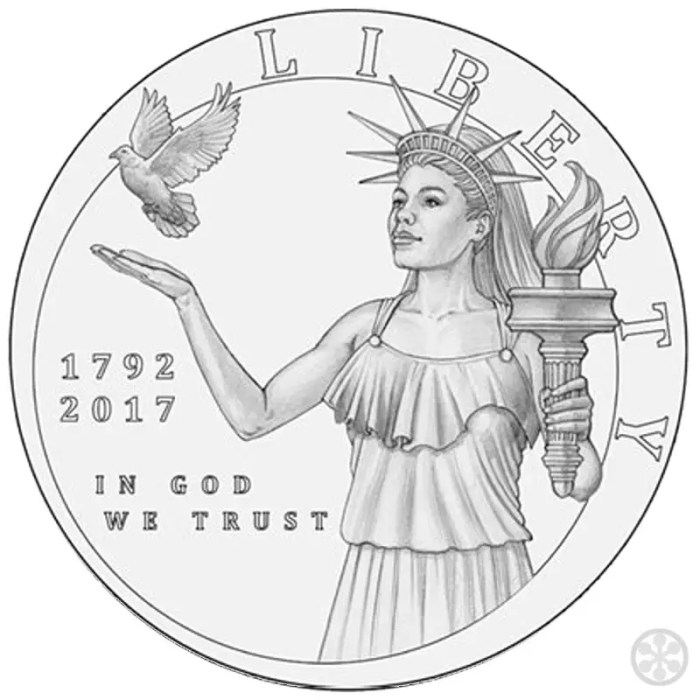 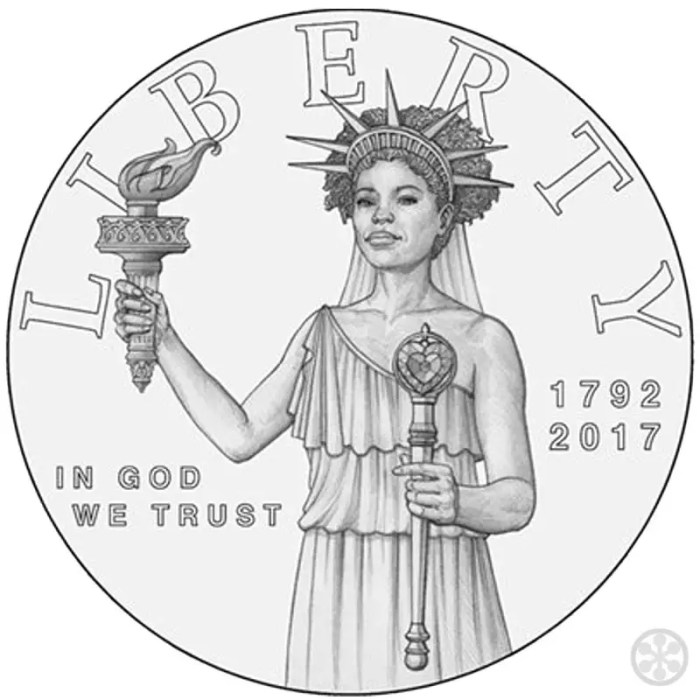 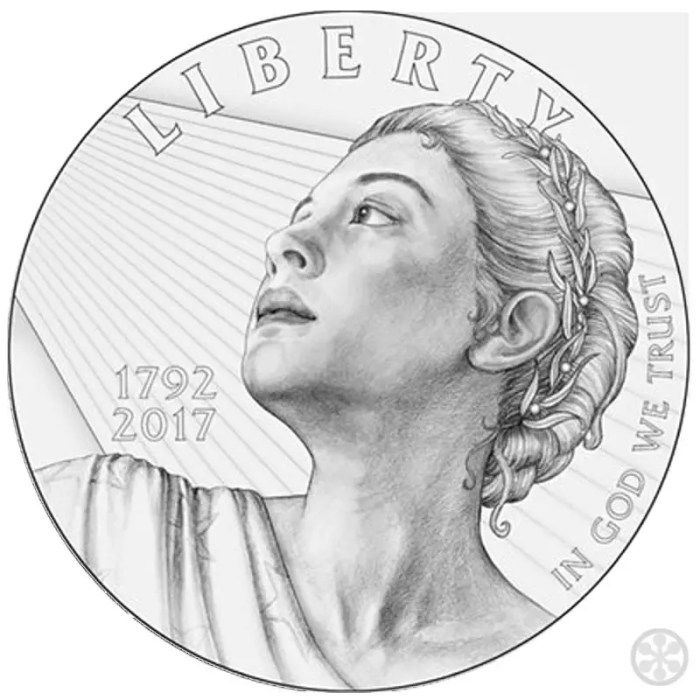 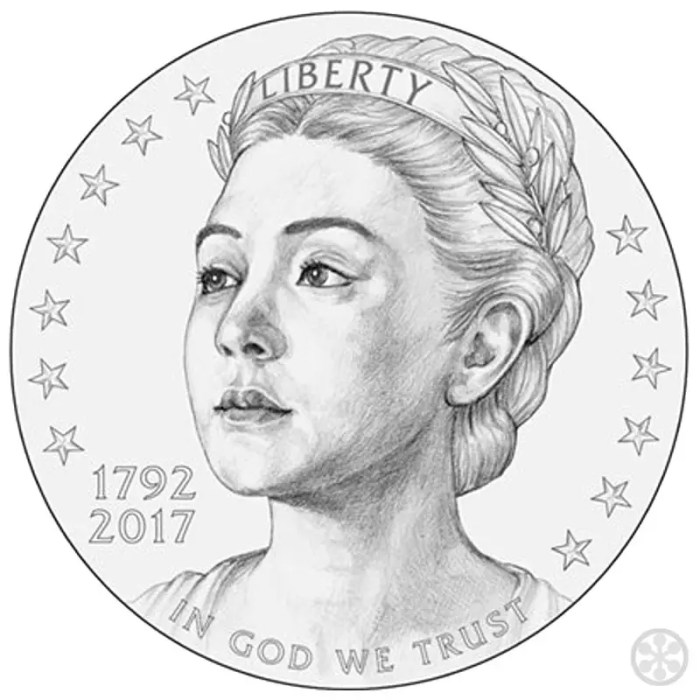 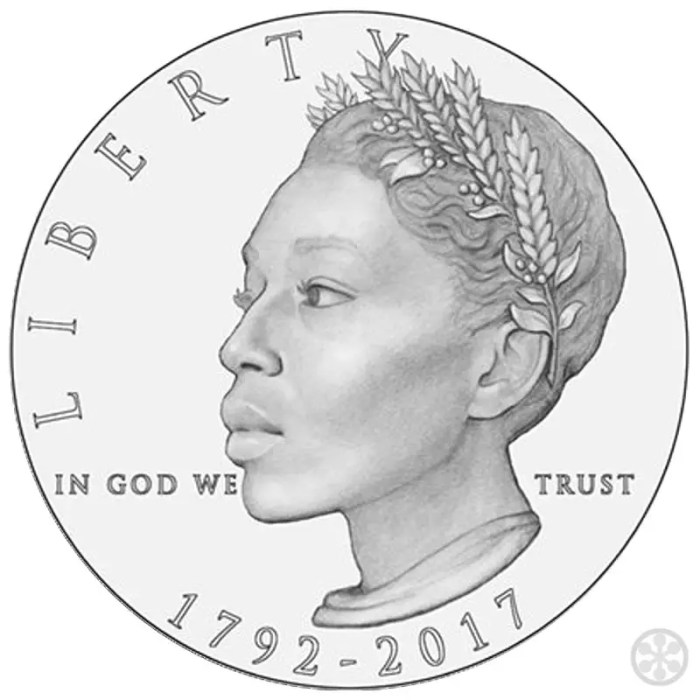 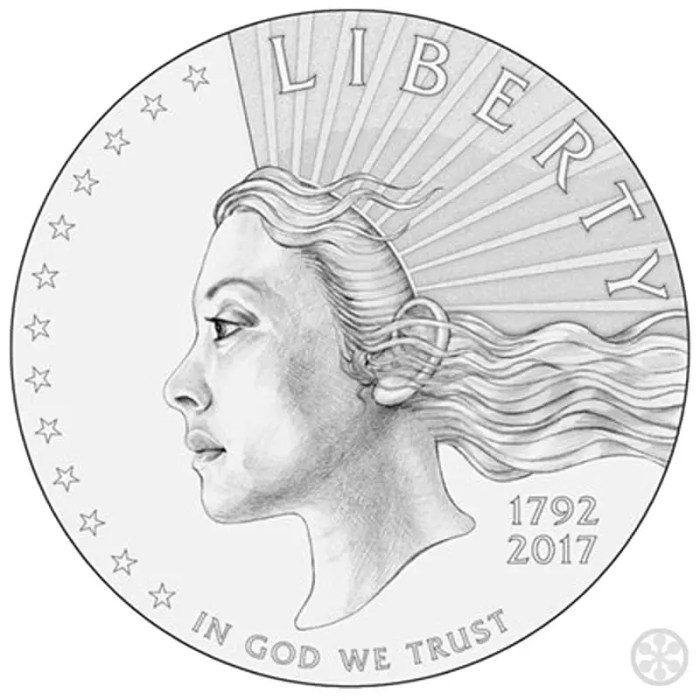 (all drawings courtesy of Coin World  and Coin Week)

“We are very proud of the fact that the United States Mint is rooted in the Constitution,” said Principal Deputy Director Jeppson. “Our founding fathers realized the critical need for our fledgling nation to have a respected monetary system, and over the last 225 years, the Mint has never failed in its mission.”

The 2017 American Liberty 225th Anniversary Gold Coin design is unique in that it portrays Liberty as an African-American woman, a departure from previous classic designs. The obverse (heads) design depicts a profile of Liberty wearing a crown of stars, with the inscriptions “LIBERTY,” “1792,” “2017,” and “IN GOD WE TRUST.”

The reverse (tails) design depicts a bold and powerful eagle in flight, with eyes toward opportunity and a determination to attain it. Inscriptions include “UNITED STATES OF AMERICA,” “E PLURIBUS UNUM,” “1OZ. .9999 FINE GOLD,” and “100 DOLLARS.”

The 2017 American Liberty 225th Anniversary Gold Coin will be struck in .9999 fine 24-karat gold at the West Point Mint in high relief, with a proof finish. The one-ounce coin will be encapsulated and placed in a custom designed, black wood presentation case. A 225th anniversary booklet with Certificate of Authenticity will accompany each coin.

These 24-karat gold coins will be issued biennially. A corresponding series of medals struck in .999 silver, with the same designs featured on the gold coins, will also be available.

The Mint will announce additional information about the 2017 American Liberty 225th Anniversary Gold Coin prior to its release on April 6.

An Amphibious Floating Garden That Purifies The Water, The Physalia.