These wonderfully illustrated tongue-in-cheek park posters by Amber Share have been getting so much press, I figured everyone had seen them by now. But the real one-star reviews of US National Parks turned into Subpar Park Posters are so good, and keep coming, that I gave in. 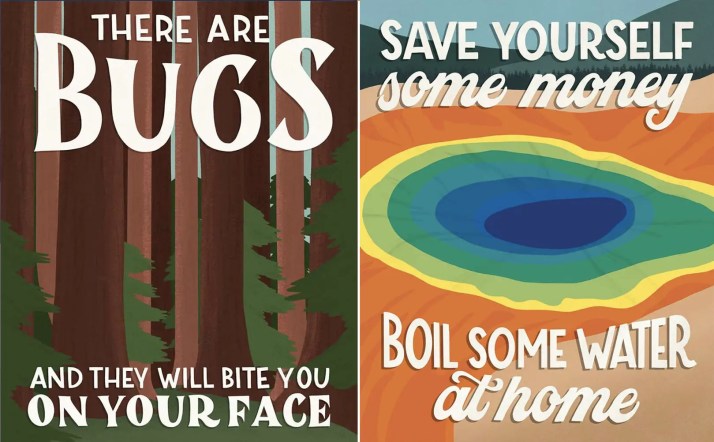 Graphic designer Amber Share describes her project as follows “Subpar Parks is a snarky love letter to the National Parks System. When I discovered that there were 1-star reviews for every single one of the 62 national parks, I set out to illustrate each park along with a hand lettered 1-star review as a way to put a positive, fun spin on such a negative mindset.” 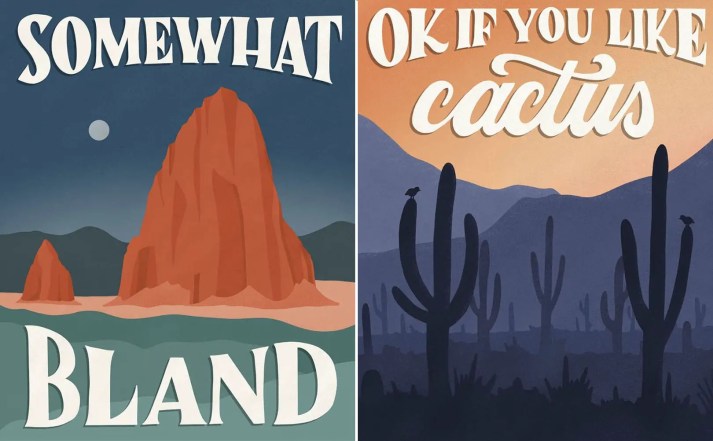 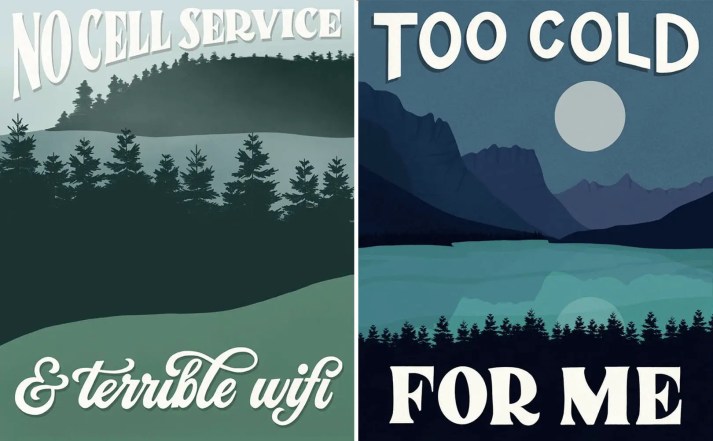 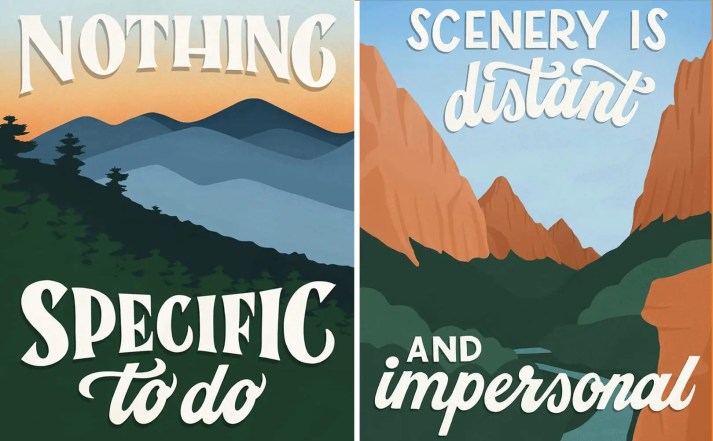 Anyone who’s ever been to a National Park – hiking, camping or sightseeing – knows that along with the views and surrounding nature can come with drawbacks like bugs, no wi-fi or even, god forbid, boredom. But up until now, it’s been almost sacrilege to speak ill of The Smoky Mountains, Yellowstone or The Grand Canyon, which is why these are resonating with so many people. 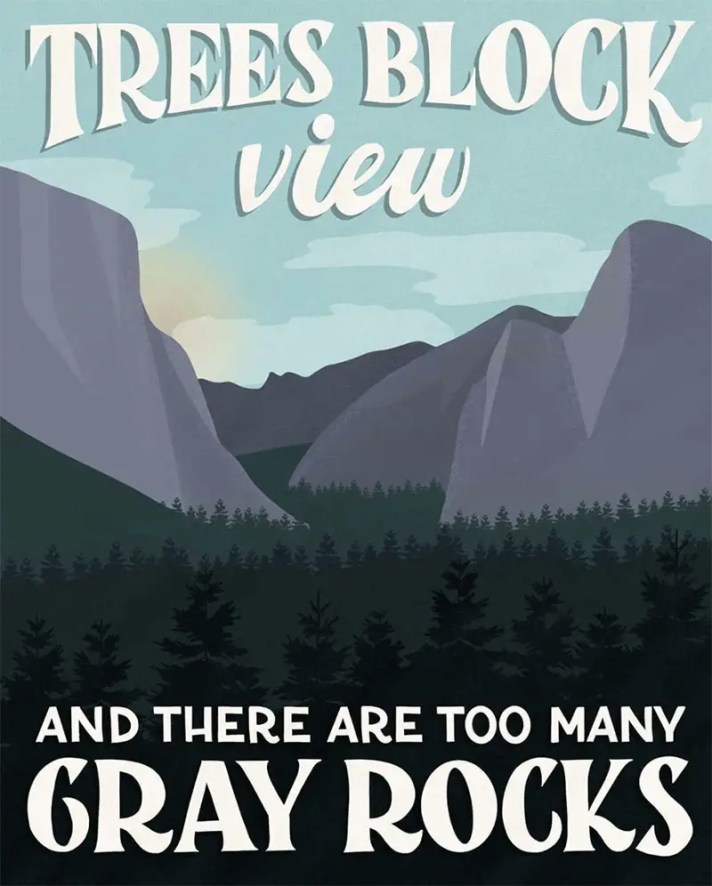 Does she sell them? Yes! She’s been selling 8×10 prints, postcards and stickers of the illustrations on her site but because of the large demand, she’ll soon be making posters and t-shirts as well.

Typographic Furniture. Chairs That Talk And Lamps That Punctuate.

Puppy Chow. PhyDough Is An Organic Food Truck For Dogs!

Immerse Yourself in the New Work of Watercolorist Ali Cavanaugh