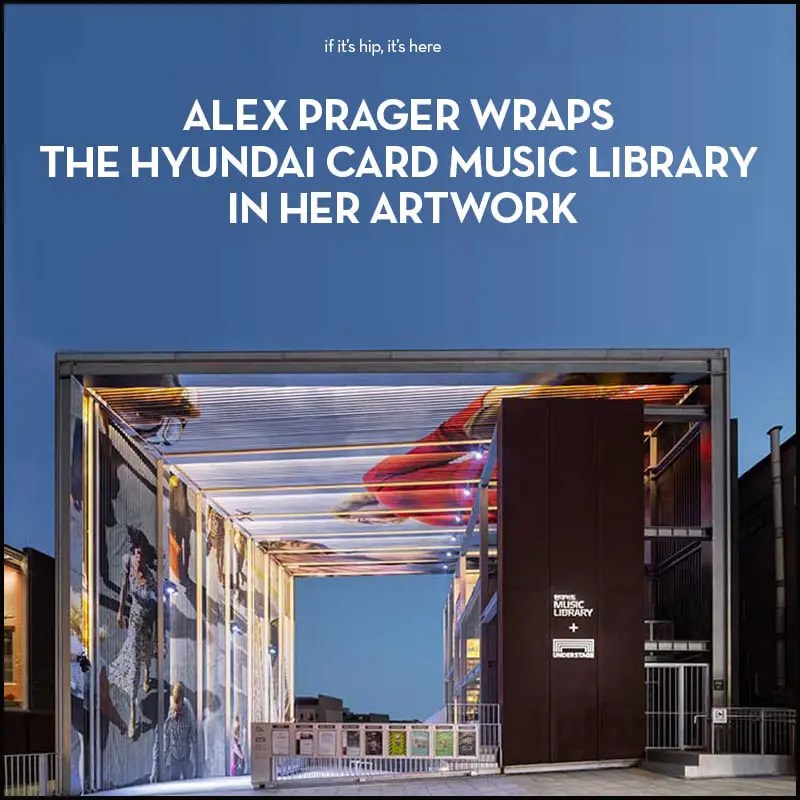 Because it’s outdoors and the elements eventually destroy the work, the Hyundai Card Music Library in Seoul, Korea commissions an artist to wrap the building with artwork every five years. Los Angeles’ Alex Prager is the latest artist whose photographs, Hitchhiker and Big Valley, are embellishing the walls and ceiling of the building’s plaza. Hyundai Card is a credit card company under Hyundai Motor Group headquartered in Seoul, South Korea whose Music Library, built in 2016, was created as a forum for music performance and education. It consists of a concert hall, an artists’ lounge complete with practice studios, an open performance plaza, a café and a carefully curated music library – home to one of the largest specialized music collections in the world- for Hyundai Card-carrying members. 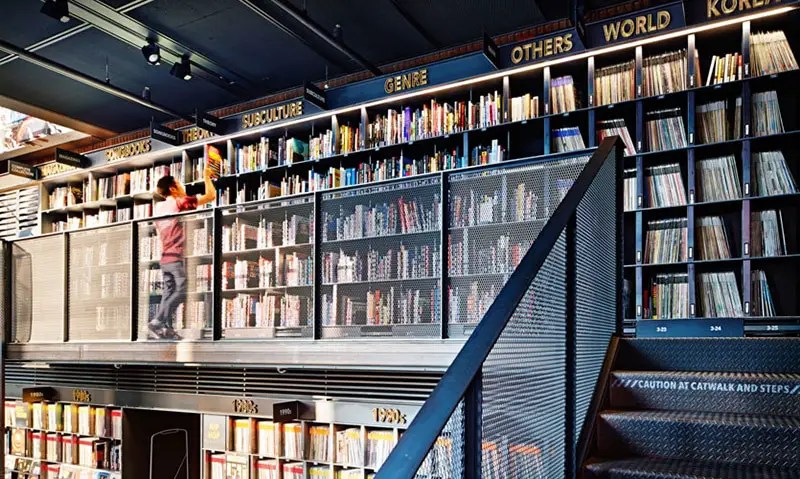 The project’s design echoes the texture and imperfection of the analog media it celebrates and has established itself as a new attraction where visitors can experience visual arts as an open gallery. Replacing a previous commission by French artist JR, Alex Prager’s saturated photographs of her work are now featured, larger than life, on the Music Library.

Prager is best known for her realistic, life-size sculpted figures arranged in elaborately staged scenes. Her photographic narratives are simultaneously surreal and realistic, frozen in a moment of time.

“This is an amalgam of all I’ve collected moving through life…my memories, films I’ve loved, people I used to know, art I’ve been influenced by, my family and friends I use as my subjects, questions I have about society and the state of the world. It all goes into the blender in my mind and came out as Play the Wind.” – Alex Prager ~ Hitchhiker, 2019 from PLAY THE WIND

Bouncing being reality and fiction, the images at first appear to be the depiction of everyday people, but further inspection of the images reveals that the people are not real, that there are wrinkles in the asphalt and other minute clues to their fabrication. 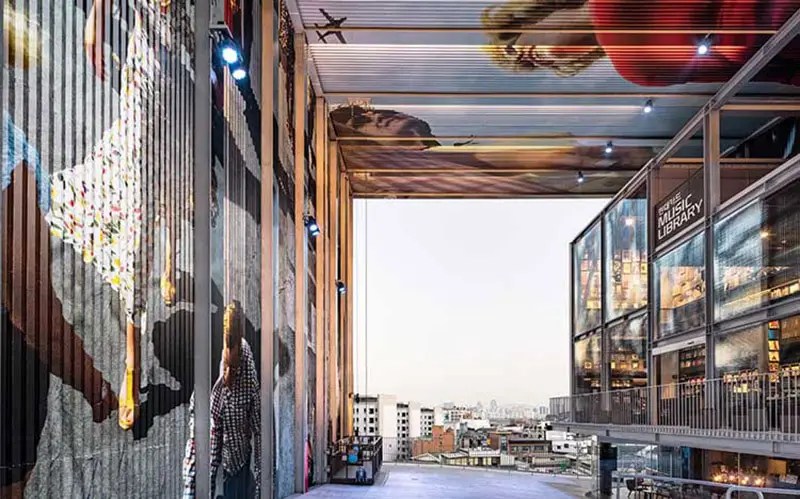 The installation as it appears at night: 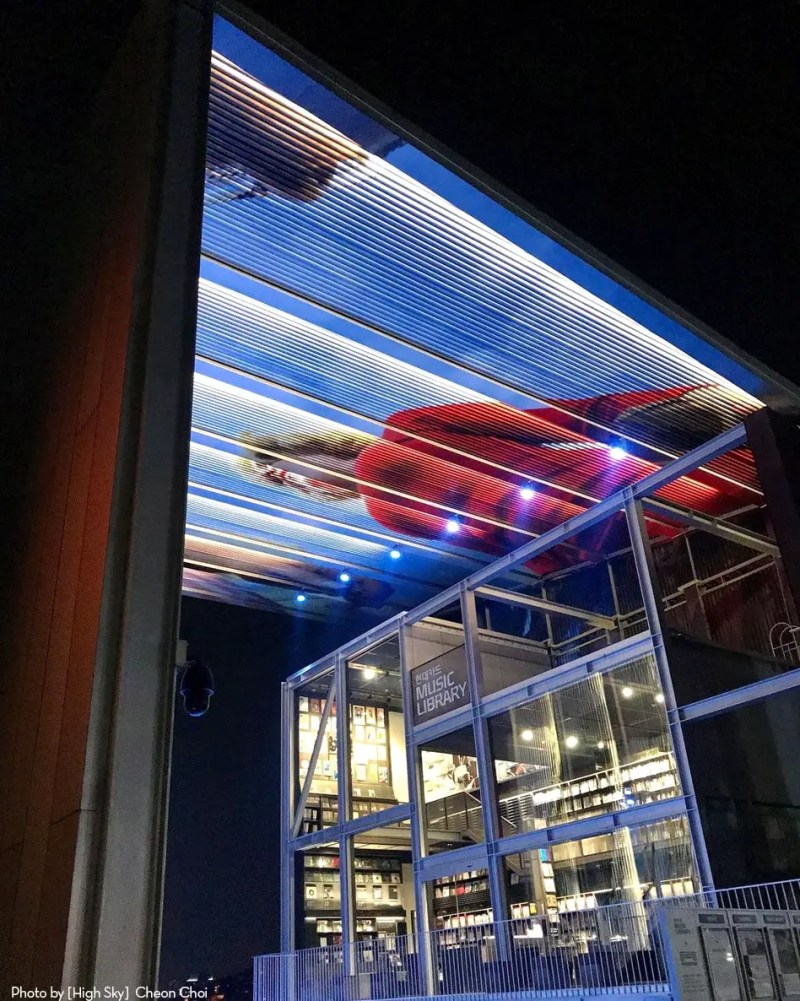 Photos by Yongjoon Choi, courtesy of Hyundai Card and also by Cheon Choi and 현대카드 DIVE

The Hyundai Card Music Library + Understage were designed by Gensler.

Europe Gets Introduced To A Great American Portraitist, Alice Neel.