you are here: if it's hip, it's here » fashion » couture fashion » Actress Tilda Swinton Kills It In These Fabulous Fashions Shots by Craig McDean 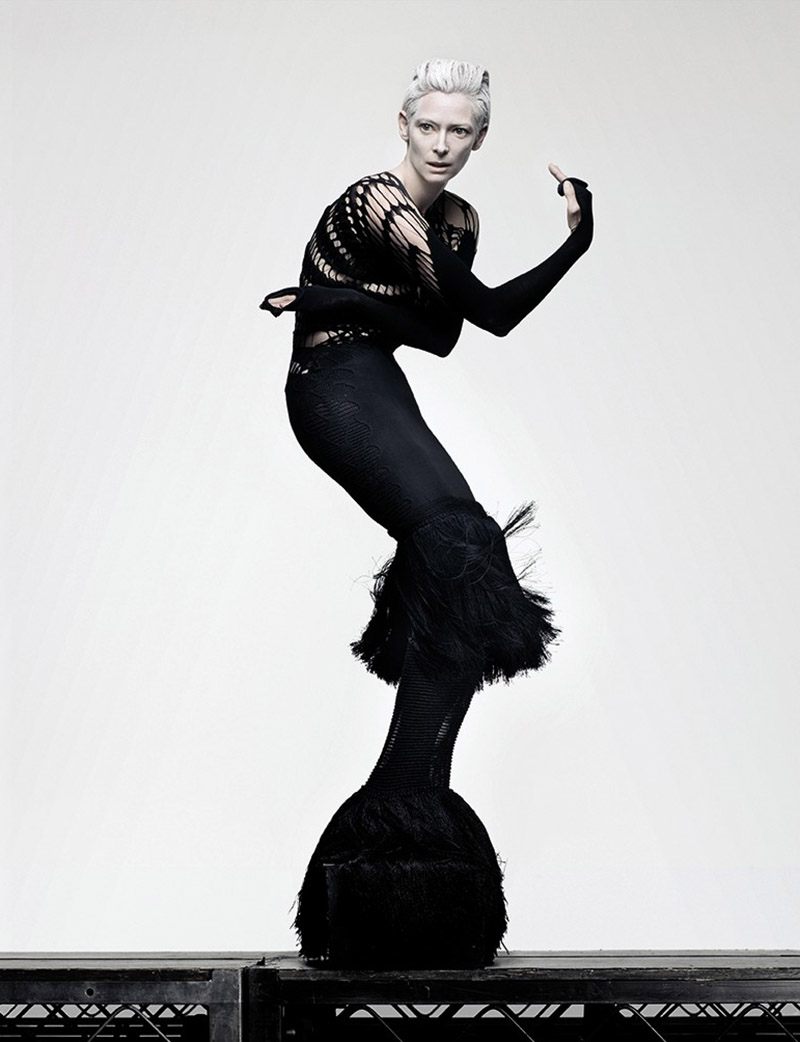 She may look a bit alien, but in this Tilda Swinton fashion editorial, the Scottish actress knows how to strike a pose.  The muse for many fashion designers, you can see why in these stunning photos. AnOther Magazine has a flashback section in which they show the best bits from their archives and these images stopped me in my tracks.

The images in this post are from the magazine’s S/S09 issue’s cover shoot, in which the actress was photographed by Craig McDean and styled by Panos Yiapanis. In it she’s wearing some of that season’s most exciting new designers and looking like a million bucks. 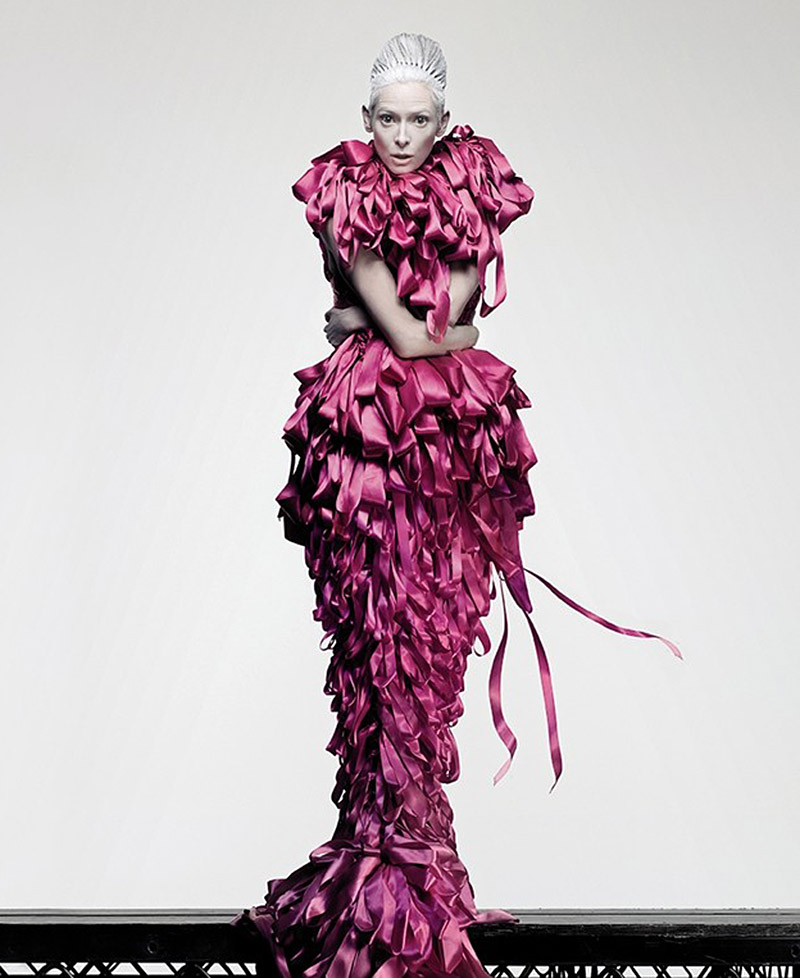 above: Tilda Swinton in Craig Lawrence 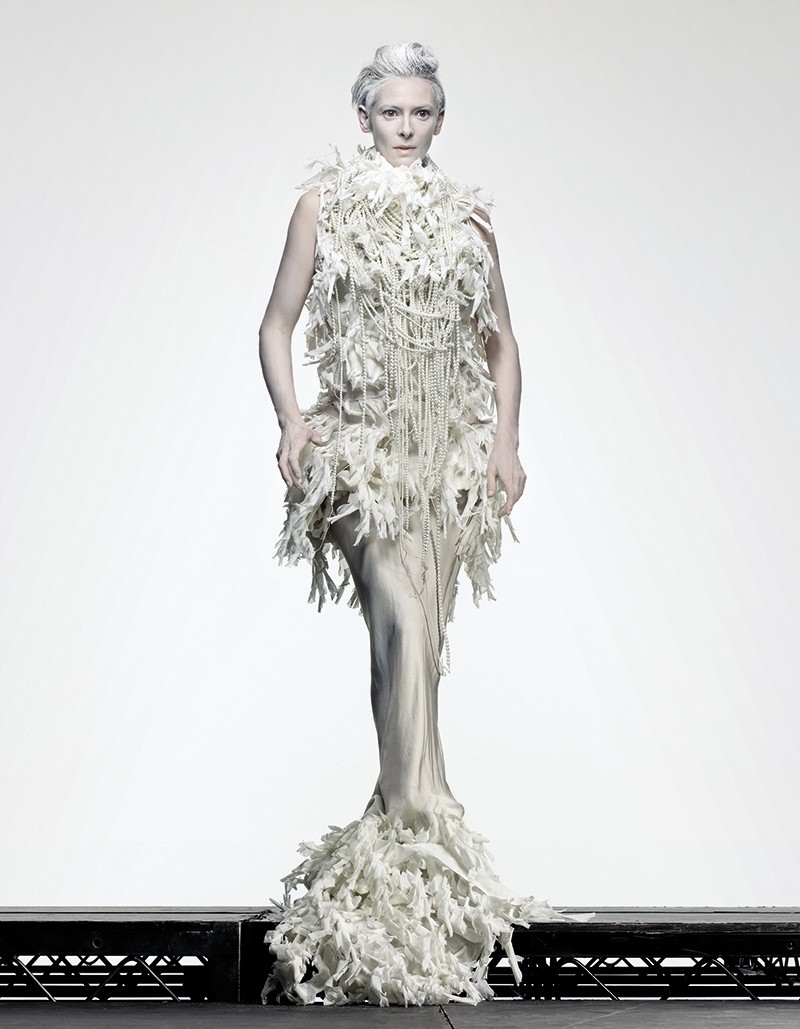 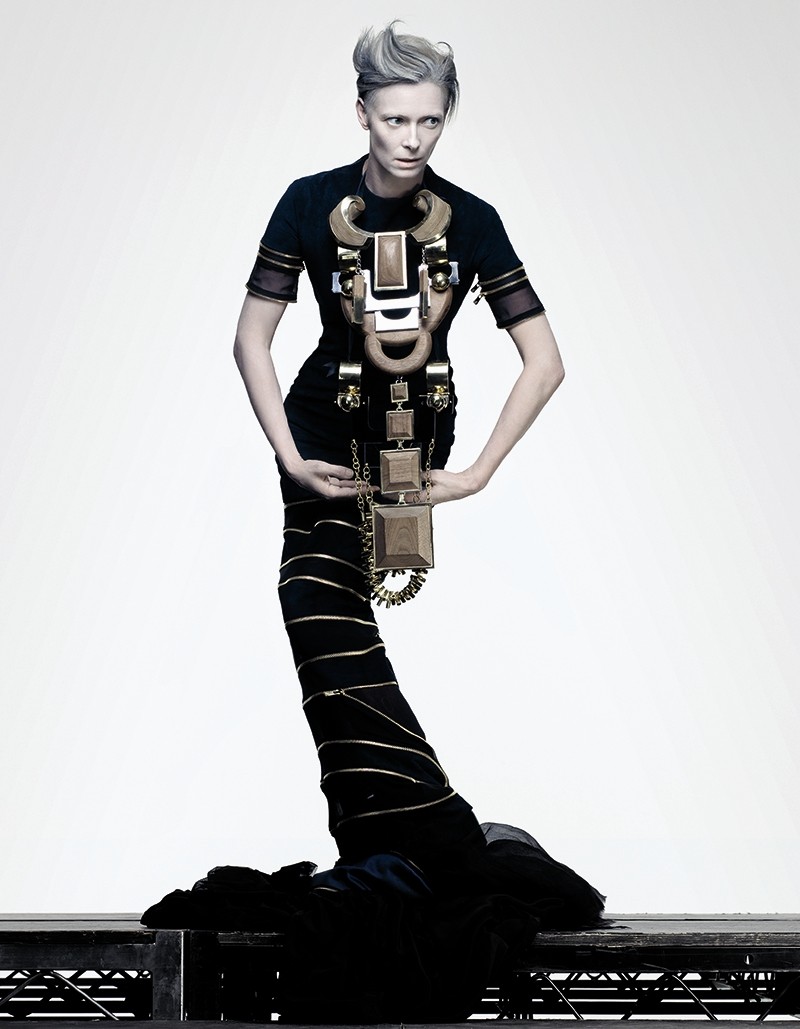 above: Tilda Swinton in Mary Katrantzou 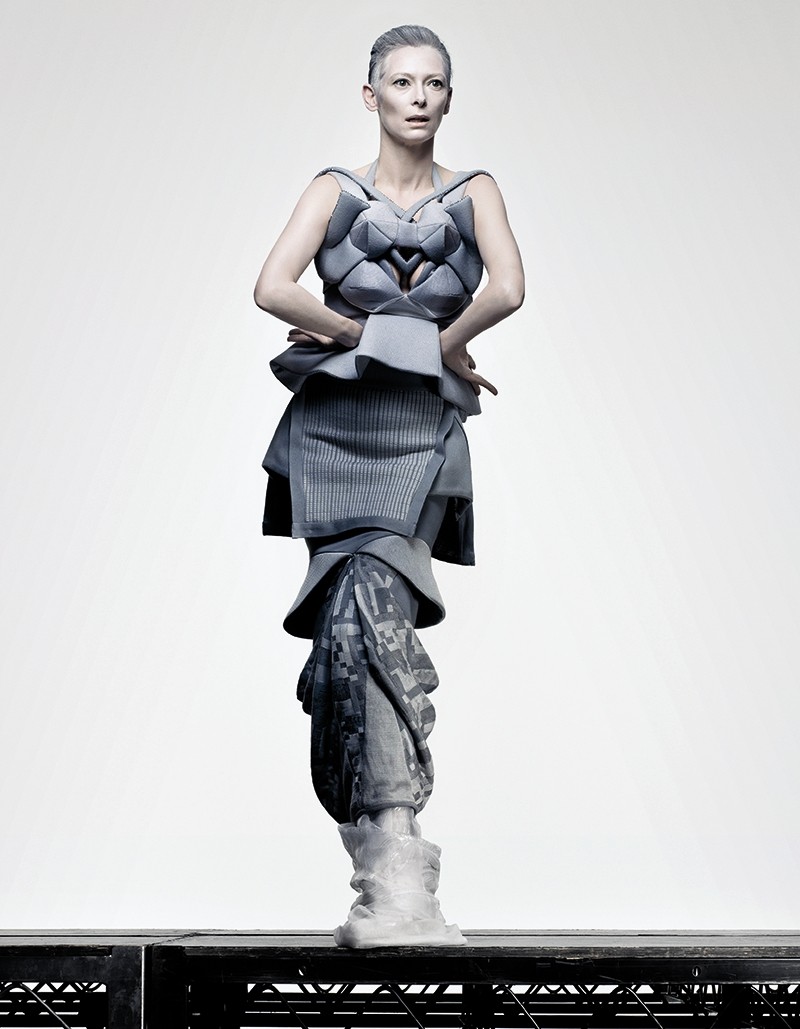 above: Tilda Swinton in Louise Goldin 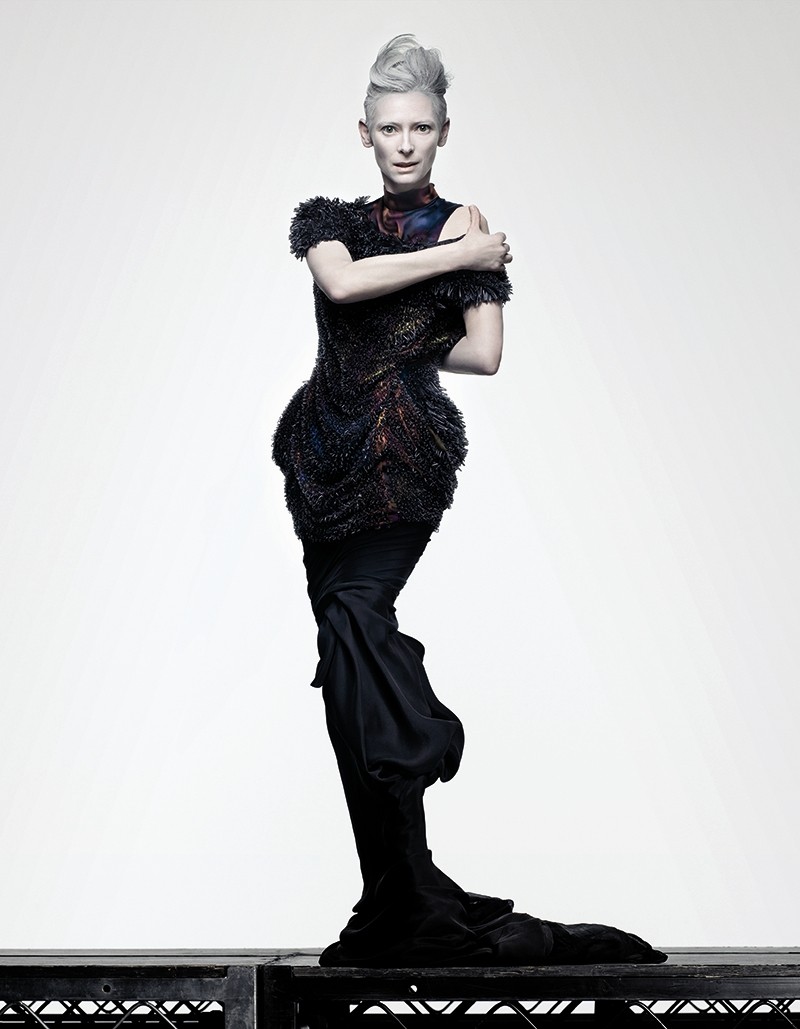 above: Tilda Swinton in Peter Pilotto

Read the article and interview with Tilda in AnOther Magazine here.