Escape Velocity, A Passover Haggadah for the Whole Family was written and illustrated by Stanley Aaron Lebovic. Published by Black is a Color, Inc., a non-profit organization dedicated to Holocaust awareness through art, the Hardcover Haggadah is a coffee table book you can keep out year round. 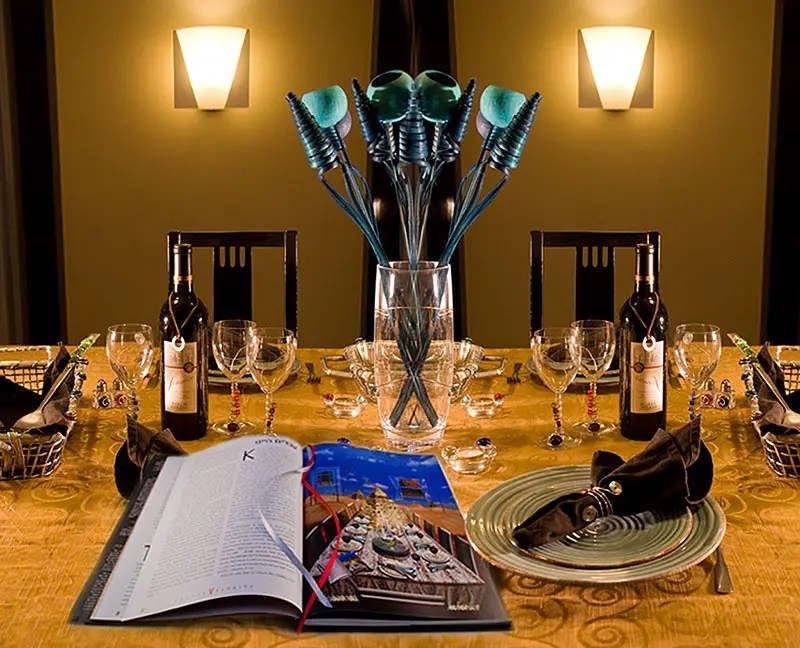 The unique Passover Haggadah has only five star reviews (54 of them) on Amazon and excellent reviews from Rabbis, scholar, lecturers and other Jewish publications. The full Haggadah is in both Hebrew and English, designed to make it easy to follow along. 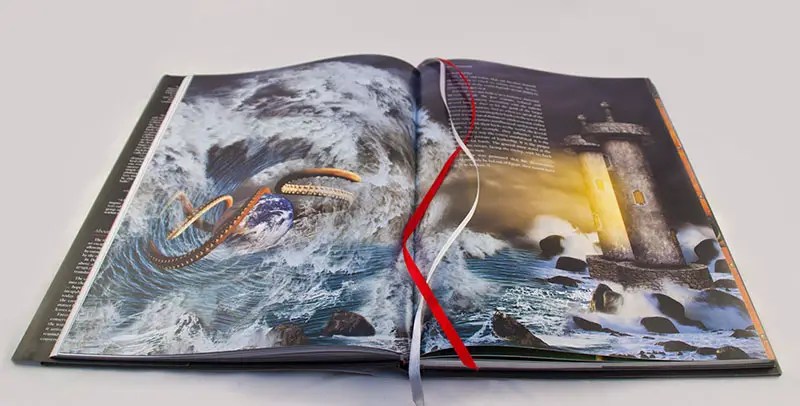 It’s filled with graphical cues placed smartly in the margins to remind you to lean, raise your glass, etc.

Some examples of the illustrations within: 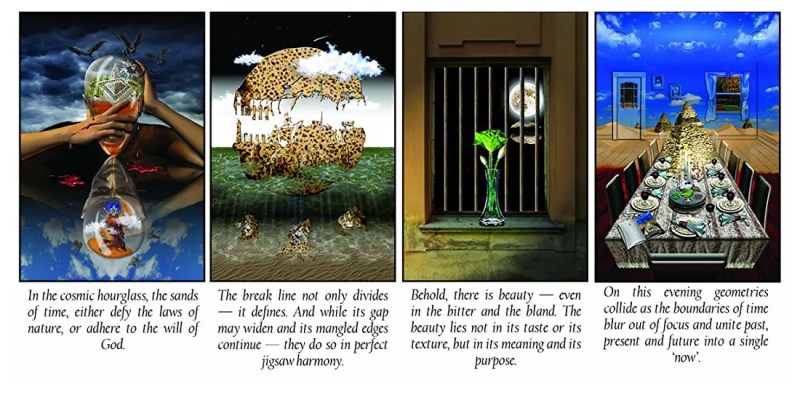 And the three foot long illustrated fold-out (of the plagues) included in the Haggadah:

The back even has an index for all the illustrations: 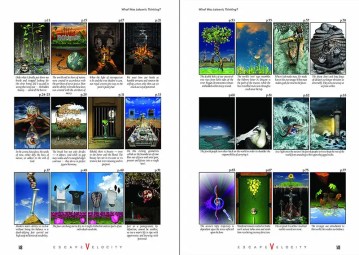 Filled with beautiful imagery and insightful commentaries, it provides an intellectual, spiritual and emotional guide to the annual Passover Seder.

The following text is courtesy of the author:
The Passover Haggadah, the text that is meant to guide one through the Seder night, is almost as old as the holiday itself. It tells a story of ages ago, removed by millennia from our modern lives. And how can Jews relate to an ancient persecution when we are not seventy years removed from the cataclysm of the Shoah?

Escape Velocity works under a very simple assumption: The Haggadah is the one source Jews use, on the one night they have, to express, and be impressed, by their faith. Escape Velocity sees to it that the Haggadah lives up to that promise. It strives to find relevance in a story few Jews can relate to. It recognizes the intent of the text and places enormous demands on it to not only be a good read, but for it to be a good feel for it to be felt: deeply.

Escape Velocity is a how-to of sorts. It sets an example of how to bring one’s self to the Seder table and intertwine the richness inherent in each of us with the poetry and song found throughout the Haggadah. It reveals an ancient tale which is told by the wise and the pious, but one that is meant to be read and listened to by the Jew of today. It is a celebration of synthesis between the wisdom of the ancients and modern man s unique vantage point – a post-Apocalyptic vantage point. When the Haggadah is read through the eyes of such a generation, it takes on an existential tone and moves from a commemoration of an event in the past, to a celebration of our lives in the now .

Escape Velocity’s commentary, its design, as well as its illustrations all work to uncover a dynamic, riveting opportunity to connect with ones faith and impart that faith to others. It reveals a Haggadah of existential proportions, perfectly suited for a people of extra-ordinary circumstances. In the end, Escape Velocity teaches us that we have more in common with our ancient ancestors than we think. Our emerging from the dark shadow of the Shoah makes the exodus of our people from Egypt a blueprint of sorts for our modern lives.

About Stanley Aaron Lebovic:
Born in Los Angeles in the year 1963, Stan (Shlomo)Lebovic grew up on a healthy dose of California sunshine. He was raised, however, beneath the dark shadow of the Holocaust. As the son of a survivor of Auschwitz, Stan s life became dominated by a search for balance between the life he lived and the life his father bequeathed him, a struggle between the light and the dark, between the good and the evil. His battle successes and failures were the subject of his first book, Black is a Color. The book earned praise for its brilliantly creative approach to the subject of evil and theology. Escape Velocity, his second book, brings that approach to the most widely read piece of literature in the Jewish world: The Passover Haggadah. Stan travels extensively, exhibiting his work and encouraging others to carry on the dialogue he has begun. Though his work is a labor of love, he recognizes the sacrifice and patience of his family, especially his wife.

Dot to Dot to Divine. Incredible Portraits by Thomas Pravitte.

Alexis Ralaivao Paintings Are A Peek At Intimacy