` Easter Treat: A Peep Inside The Donald's Head - If It's Hip, It's Here
Skip to content The winner of this year’s Washington Post Peeps Show was the subject of many entries. Donald Trump’s brain is exposed in a satirical take on Disney Pixar’s movie Inside Out.

A Peep Inside The Donald’s Head The Peeps Show 2016 is the Washington Post’s tenth annual contest of this kind and receives hundreds of entries every year. Most are unremarkable, but every once in awhile there’s a true standout. Such is the case with this peep inside The Donald’s head (formally named ‘A Peep Inside (Out) Donald J. Trump’) 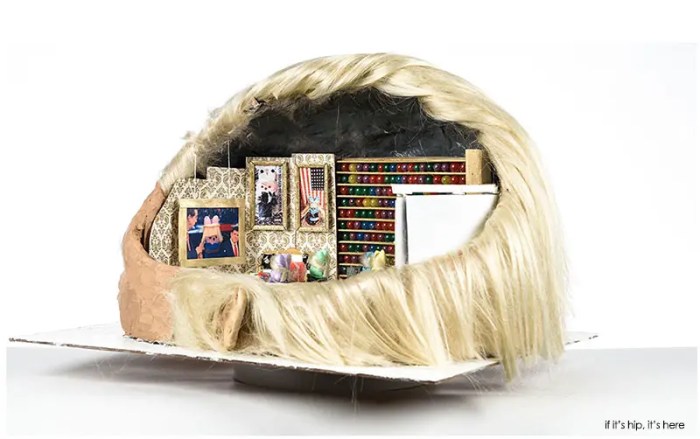 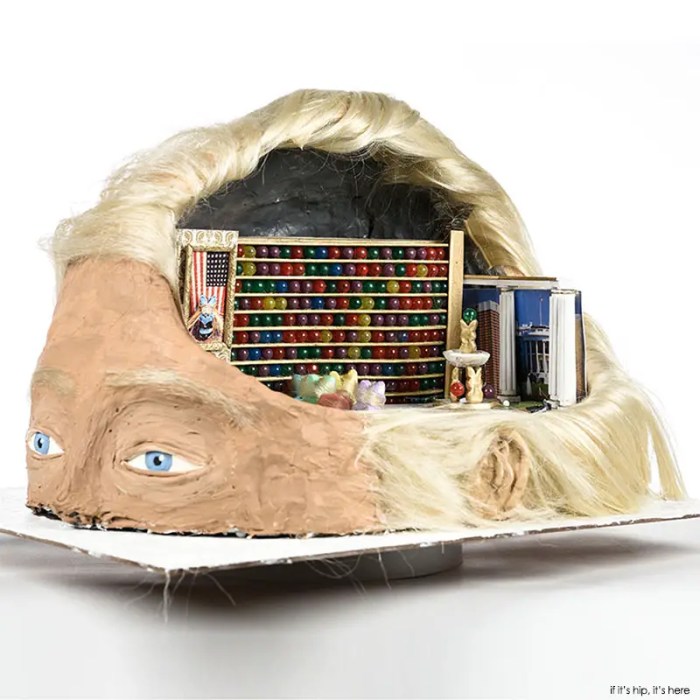 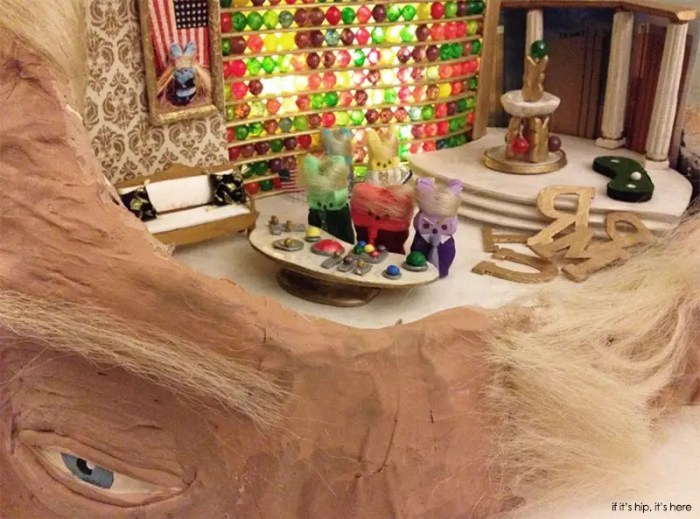 The cranial diorama depicts a moment during the Aug. 6 Fox News Republican debate, as Trump is looking at moderator and nemesis Megyn Kelly. Between the characters Fear and Disgust, an Anger Peep is poised to press a large red button, while Joy and Sadness are corralled behind a fence. Portraits of former wives Marla Maples and Ivana Trump adorn the interior, which has been trimmed in marble and gold. 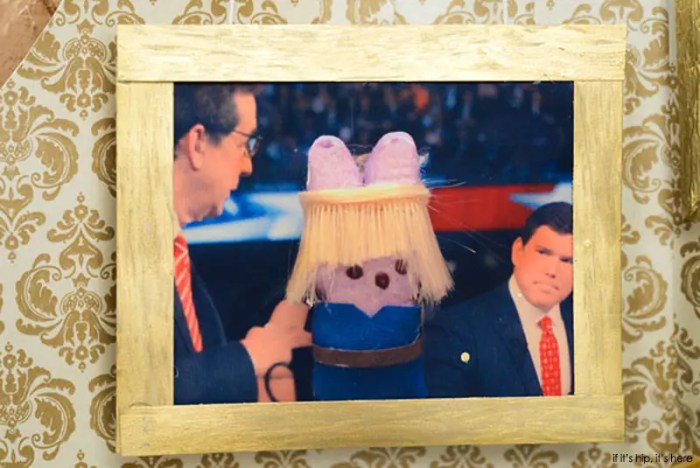 Created by a trio of talented people: Alex Baker, 36; Leslie Eldridge, 31; and Mary Clare Peate, 35; the labor was divided as follows. Baker oversaw the interior architecture, including the wall of memory balls (represented by bulk marbles that florists use to anchor flower arrangements), Peate sewed the costumes, and Eldridge sculpted and painted the head, which was topped with blond hair extensions. “Leslie spent 12 hours staring at pictures of Trump,” Baker says. “She gave up her time and her sanity.” reports the Washington Post. As most of you know, the Easter marshmallow peeps are more than just a sugary treat. They’ve become an icon of the holiday and have been turned into art fodder by the numerous annual Peeps contests that occur this time of year.

Here’s a list of every annual Peeps Contest, Competition or Exhibition
all information and images courtesy of the Washington Post

Check out over 225 cool Peeps related Art and Products:
Follow if it’s hip, it’s here’s Peeps A Plenty board on Pinterest.