` A New Samsung TV for Design Lovers: The Serif TV by the Bouroullec Bros - If It's Hip, It's Here
Skip to content 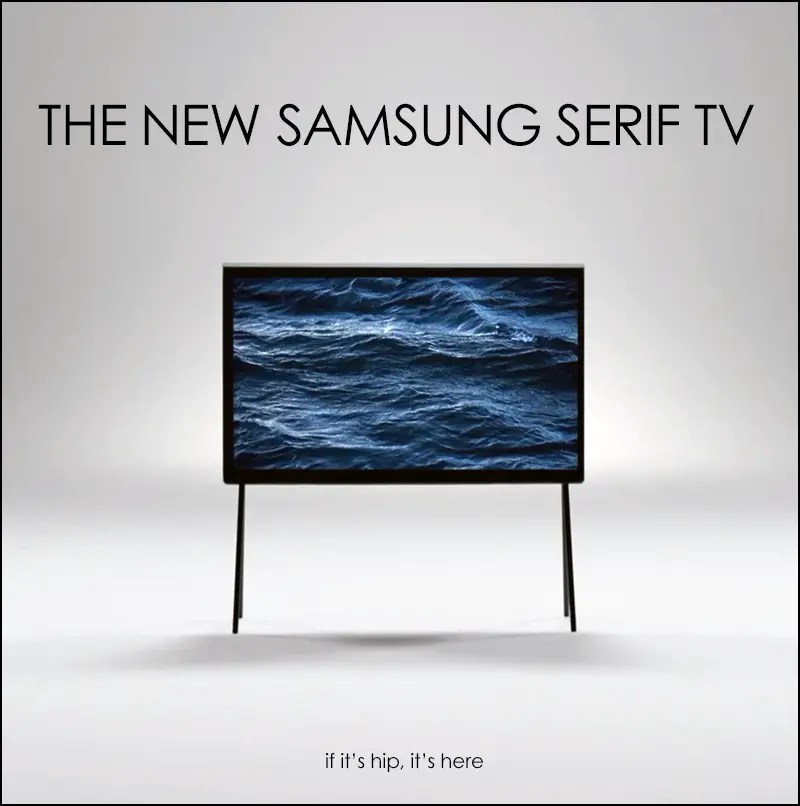 French designers brothers Ronan and Erwan Bouroullec have created a new 2015 Television for Samsung that breaks from the norm. Instead of being as flat as possible – or curved (two of the present design trends), they have created a television whose profile mimics that of a capital serif “I”. 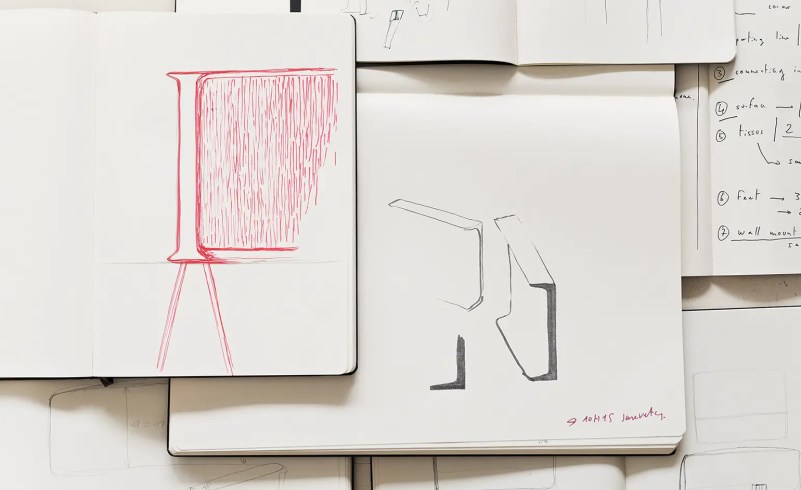 Due to go on sale in November, the collaboration will be officially unveiled at London Design Festival. 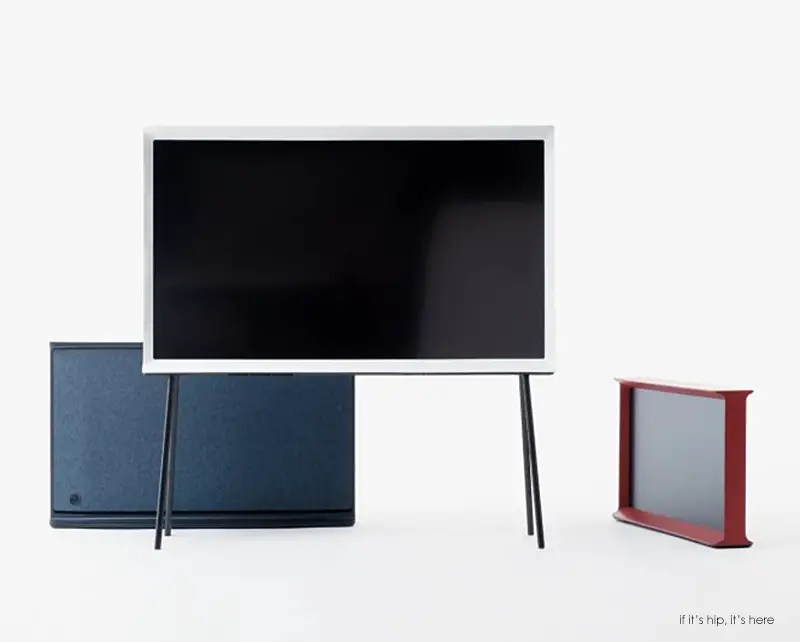 The high-tech television has a picture as fine as any new Samsung TV, but instead of being a wall-mounted tv it has its own legs upon which is can stand or it can be placed upon a shelf. 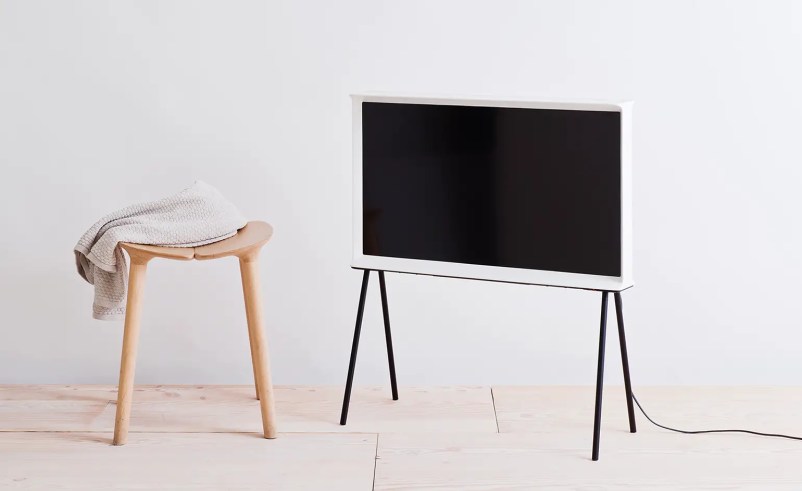 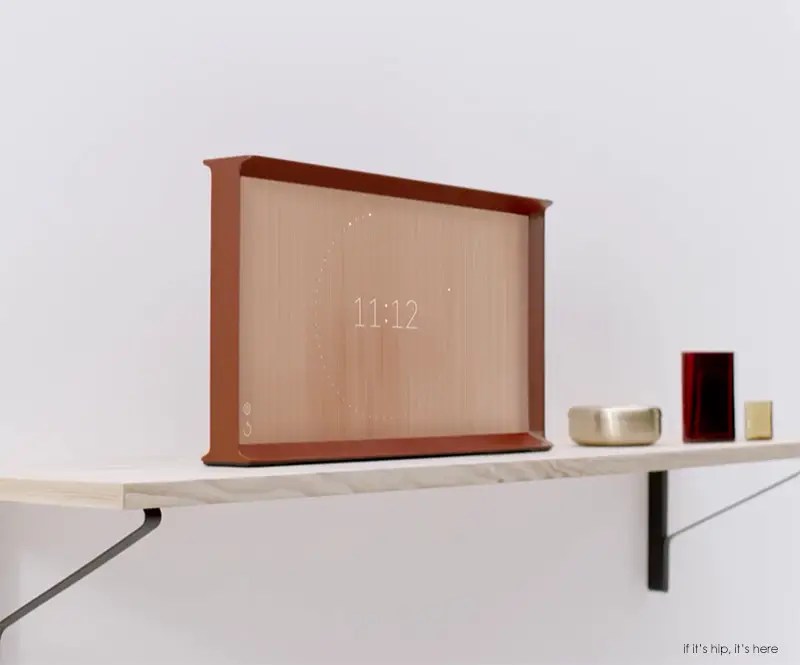 It took the brothers, who also designed the interface of the tv, over two years to design this collection. To understand what goes into making a television, the duo worked their way through many samples, unassembling their fair share. ‘We had so many electric shocks during that period – poor Erwan is no longer the designer he was,’ joked Ronan Bouroullec when chatting with Wallpaper Magazine. Available in three sizes; Serif, Serif Medium, and Serif Mini, the larger two of which comes with the optional legs. Unlike the usual black or silver monitors on the market, the Serif TV comes in colors: White, Dark blue and Red. 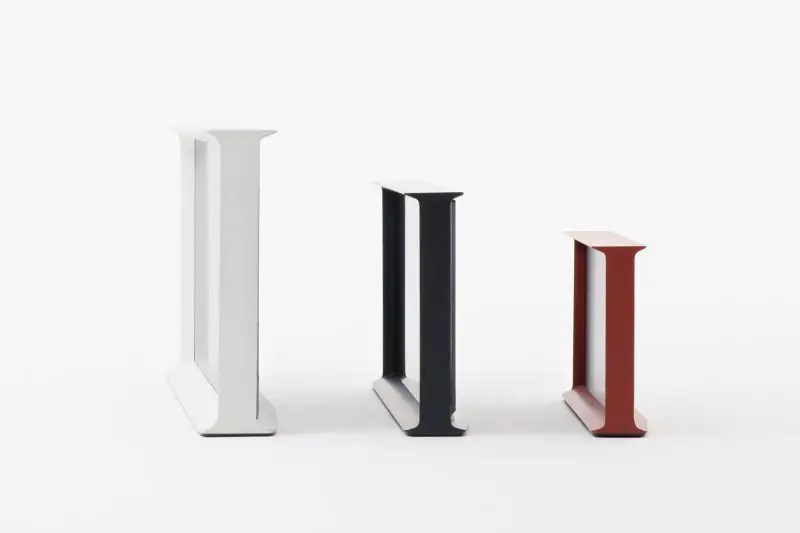 The brothers chose fabrics for the back of the television that compliment both the design and the colors. In their own words, the Bouroullec brothers explain “Serif is a television that moves away from a preoccupation with ultra-flat screens. Instead, it is an object that can be turned around and manipulated. It can stand anywhere, even on the floor with its own legs. What we were looking for was a solid presence that would sit naturally in various environments, just like an object or a piece of furniture.” In profile, it forms a clear capital “I” shape, its slim body broadening to form a surface that functions as a little shelf at the top. 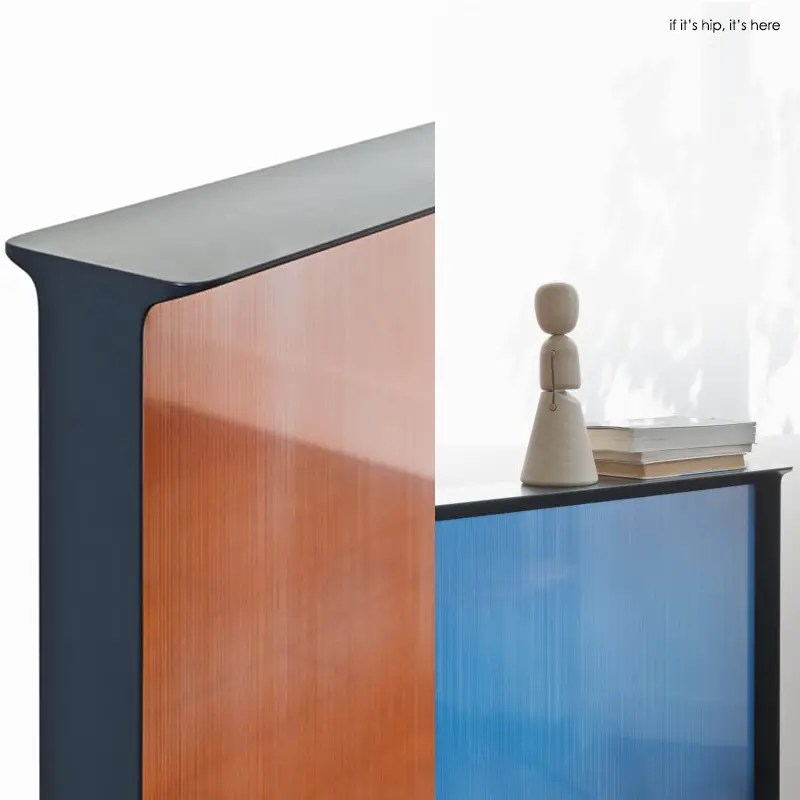 A video of the collaboration:

images and information courtesy of the Bouroullec brothers and Wallpaper Magazine