you are here: if it's hip, it's here » fashion » A Look At The Punk Movement’s Impact On Fashion and Culture From The Met. 45 Images. 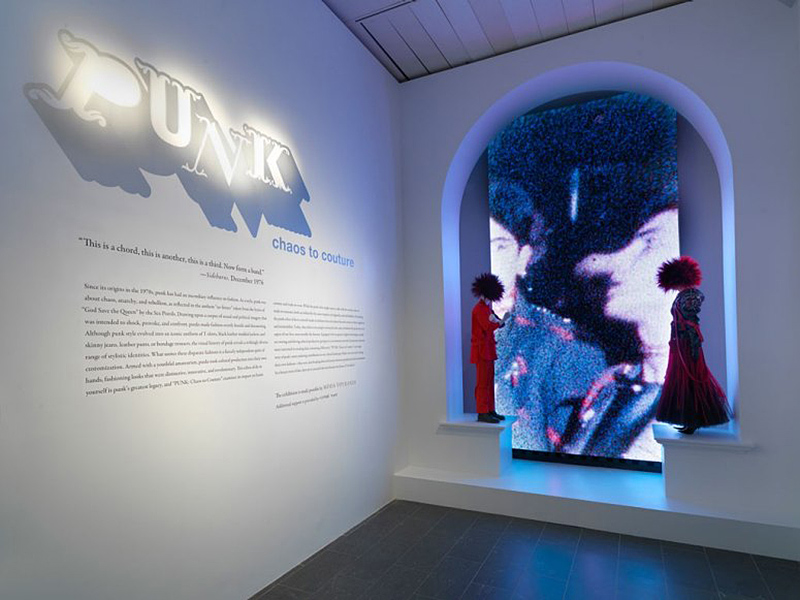 In this post, I will be sharing with you many images from the museum’s exhibit and views of the gallery, courtesy of various sources along with the Museum’s description of the exhibition, PUNK: Chaos to Couture. 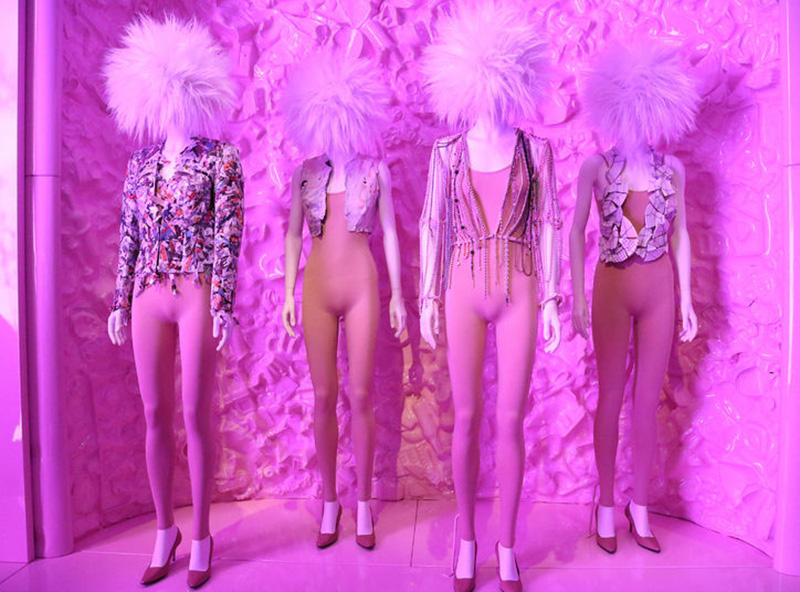 above: Punk fashions by Chanel, Rodarte and Gianni Versace

“Punk’s signature mixing of references was fueled by artistic developments such as Dada and postmodernism,” said Thomas P. Campbell, Director and CEO of The Metropolitan Museum of Art, “so it makes sense to present this exhibition in a museum that also shows the broader output of those movements. Indeed, that dialogue between art and fashion is what makes The Costume Institute so singular. Projects like this don’t happen without sponsorship, and we greatly appreciate the generosity of Moda Operandi, and its co-founders Aslaug Magnusdottir and Lauren Santo Domingo.”

above: Sid Vicious, John Lydon aka Johnny Rotten and Paul Cook from The Sex Pistols. 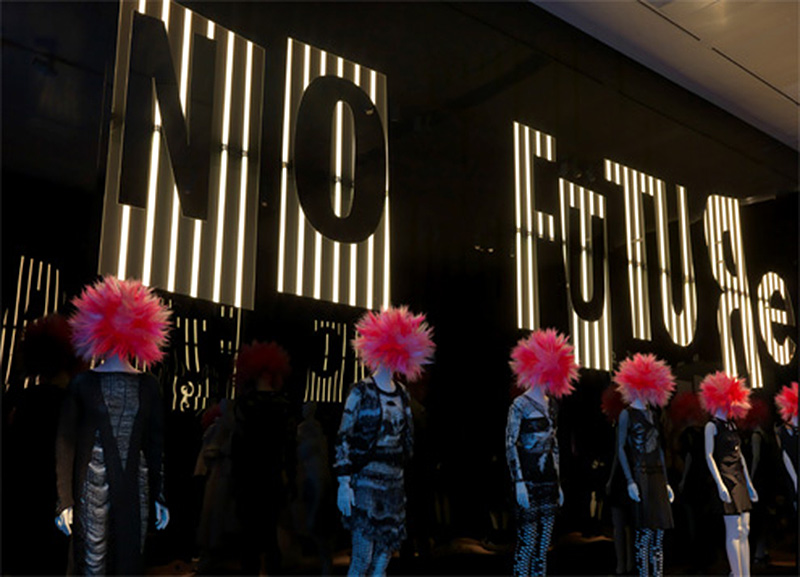 above: a gallery view of the exhibit. “No Future” is a Sex Pistol’s song from their most famous album Never Mind the Bollocks, Here’s the Sex Pistols


“Since its origins, punk has had an incendiary influence on fashion,” said Andrew Bolton, Curator in The Costume Institute. “Although punk’s democracy stands in opposition to fashion’s autocracy, designers continue to appropriate punk’s aesthetic vocabulary to capture its youthful rebelliousness and aggressive forcefulness.” 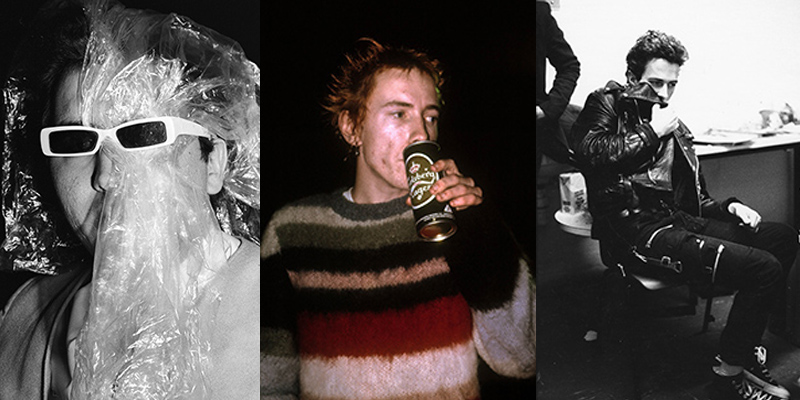 The exhibition, in the Museum’s second-floor Cantor galleries, will feature approximately 100 designs for men and women. Original punk garments from the mid-1970s will be juxtaposed with recent, directional fashion to illustrate how haute couture and ready-to-wear have borrowed punk’s visual symbols, with paillettes being replaced with safety pins, feathers with razor blades, and bugle beads with studs. 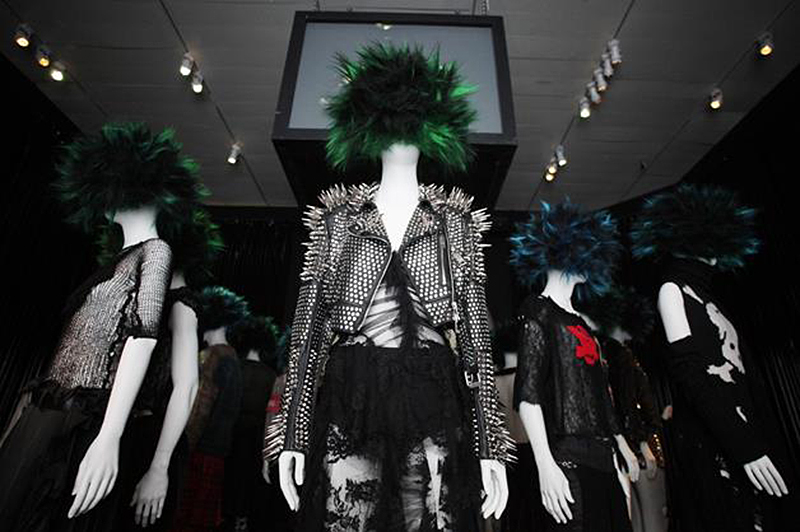 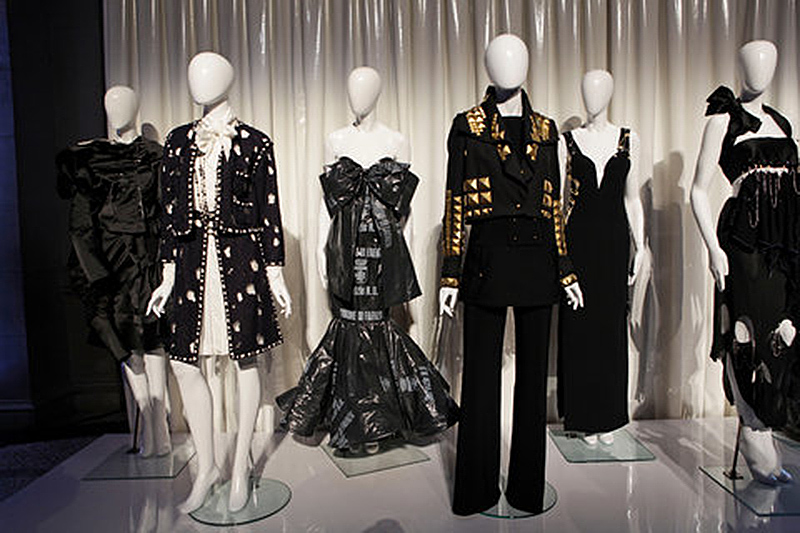 Focusing on the relationship between the punk concept of ‘do-it-yourself’ and the couture concept of ‘made-to-measure,’ the exhibition will be organized around the materials, techniques, and embellishments associated with the anti-establishment style. Presented as an immersive multimedia, multisensory experience, the clothes will be animated with period music videos and soundscaping audio techniques. Organized thematically, each of the seven galleries will have designated punk ‘heroes’ who embody the broader concepts behind the fashions on view. The first gallery will be devoted to CBGB in New York City, represented by Blondie, Richard Hell, and Patti Smith. 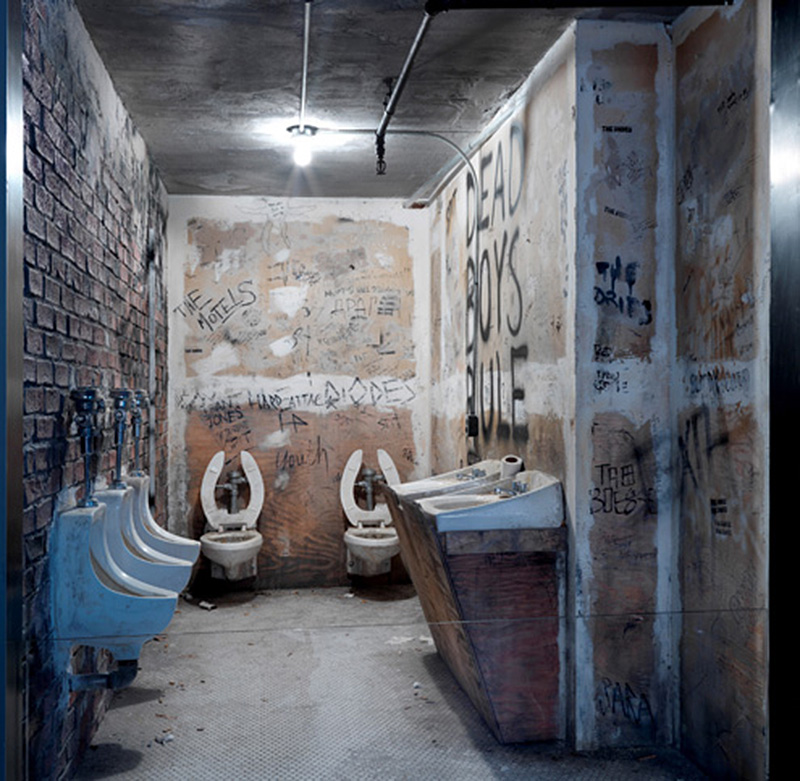 above: a reproduction of the bathroom at CBGB, the popular underground club

Next will be a gallery inspired by Malcolm McClaren and Vivienne Westwood and their Seditionaries boutique at 430 King’s Road in London. The Clothes for Heroes gallery, embodied by Jordan, will examine designers who extend the visual language of punk, as it was originally articulated by McLaren and Westwood, by merging social realism with artistic expression. 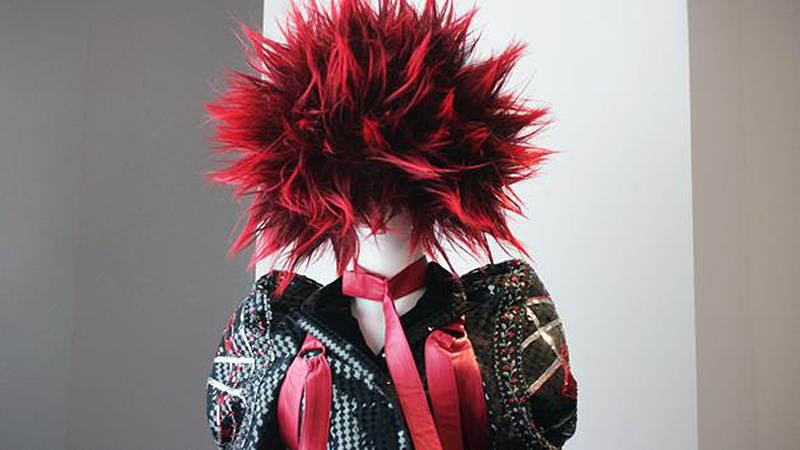 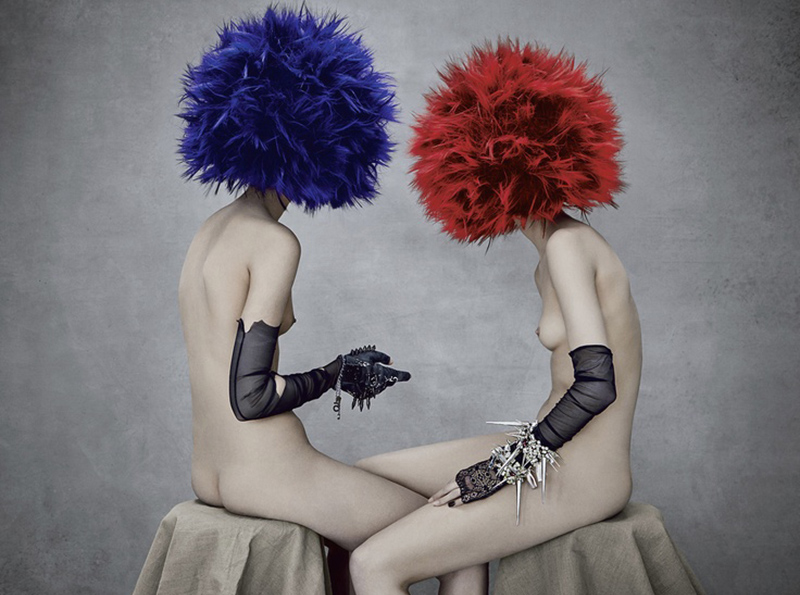 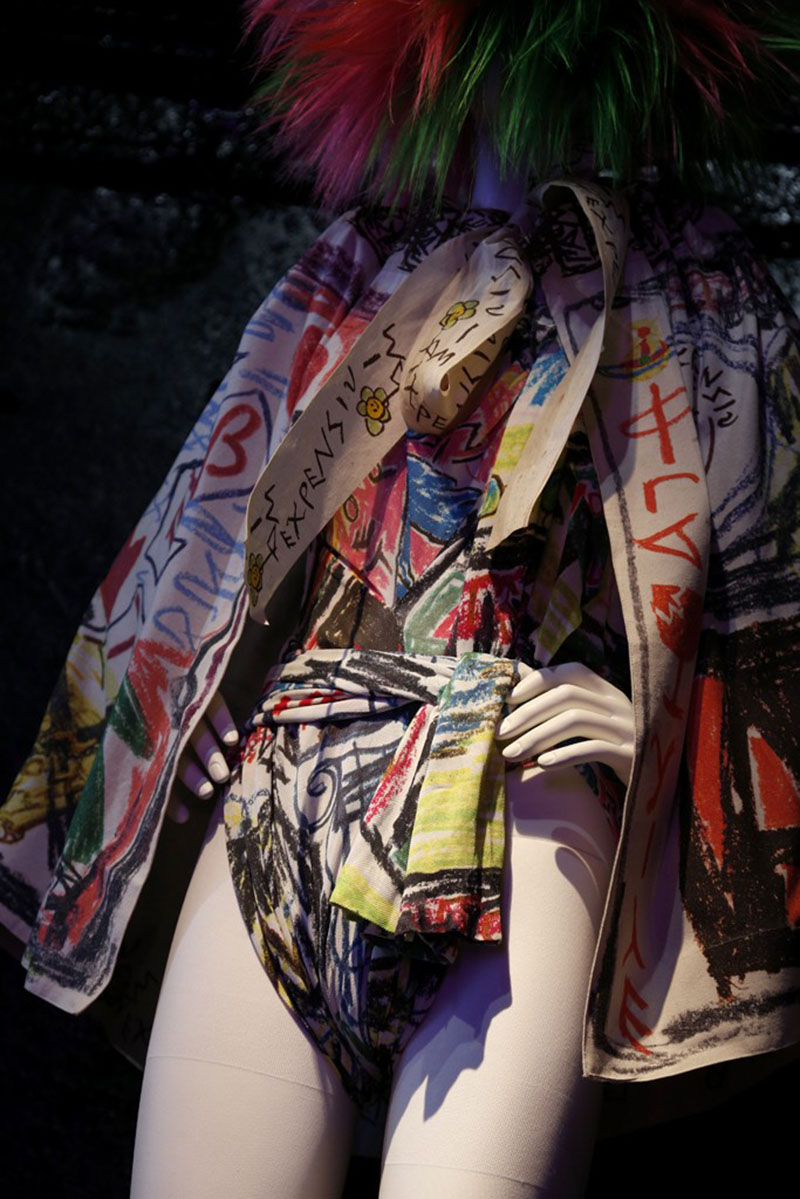 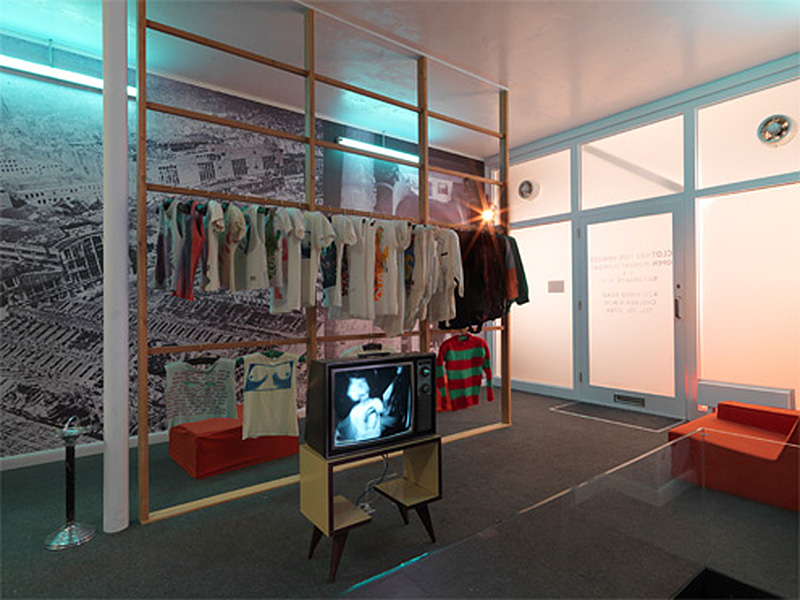 above: A reproduction of the King’s Road boutique.

Do-it-yourself, punk’s enduring contribution to high fashion, will be explored in the four final galleries: D.I.Y. Hardware, focusing on couture’s use of studs, spikes, chains, zippers, padlocks, safety pins, and razor blades, with Sid Vicious as its icon; D.I.Y. Bricolage, highlighting the impact of punk’s ethos of customization on high fashion, including the use of recycled materials from trash and consumer culture, as epitomized by Wayne County; D.I.Y. Graffiti and Agitprop, exploring punk’s tradition of provocation and confrontation through images and text exemplified by The Clash; and D.I.Y. Destroy, examining the effect of punk’s rip-it-to-shreds spirit, typified by Johnny Rotten, via torn and shredded garments associated with deconstructionism. 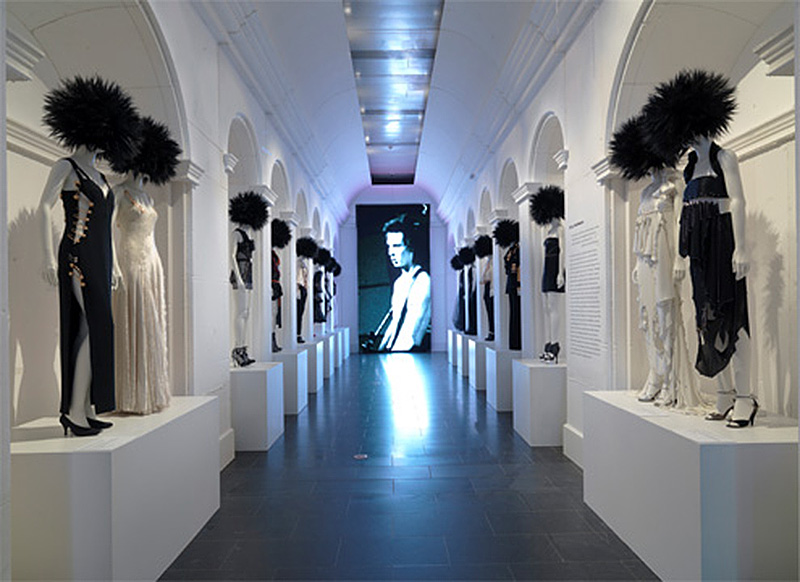 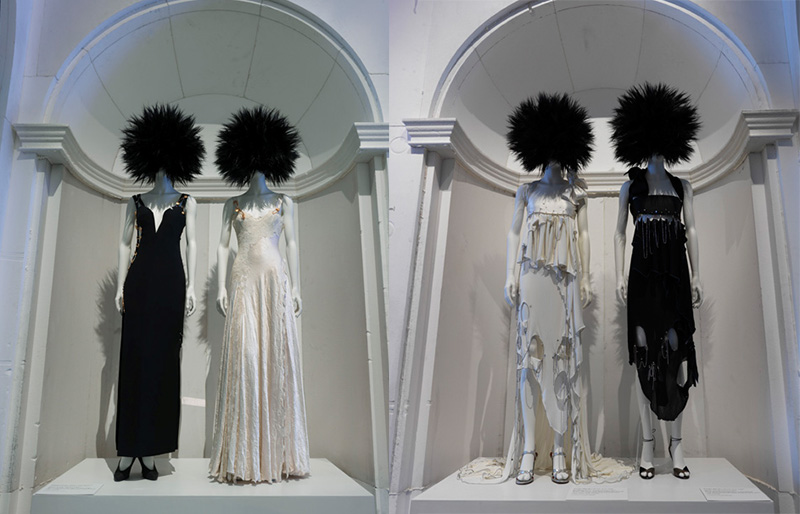 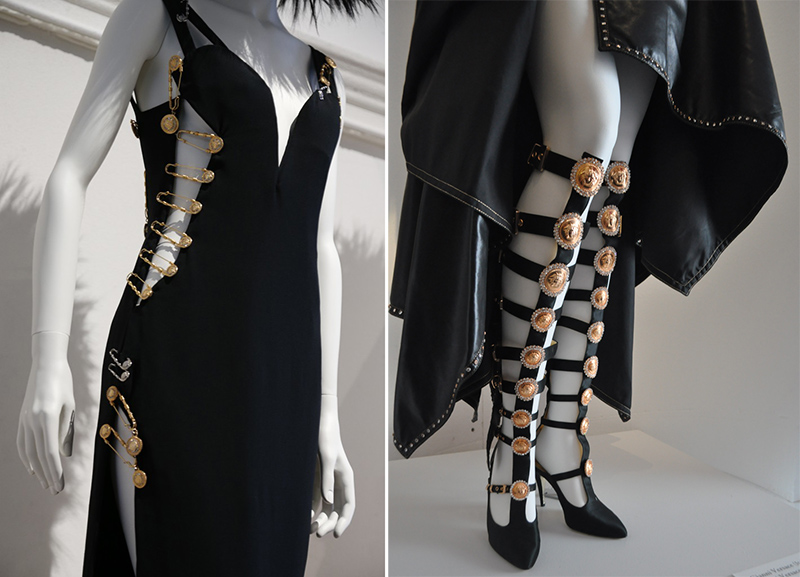 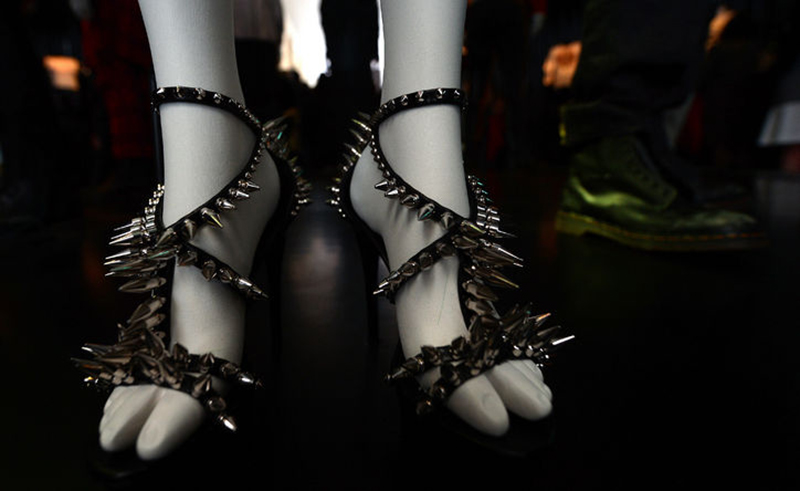 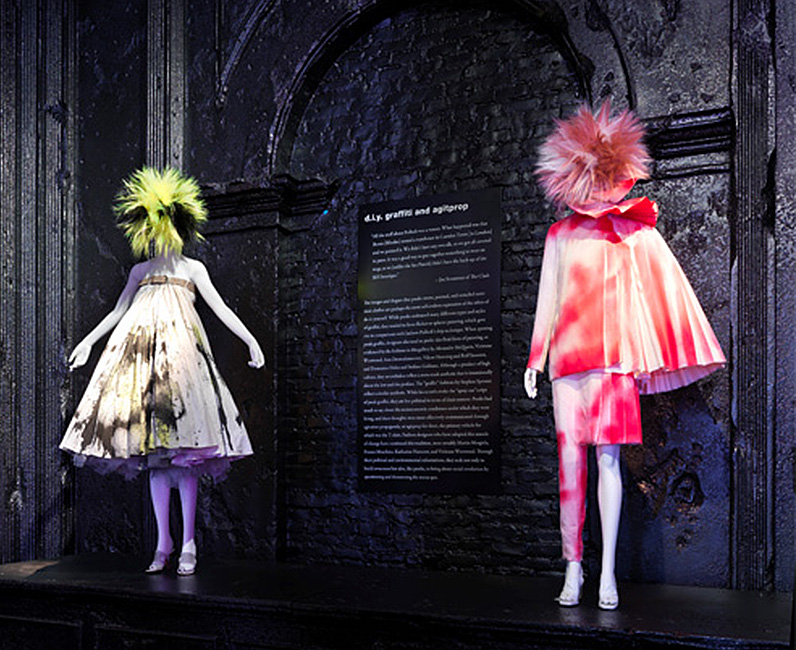 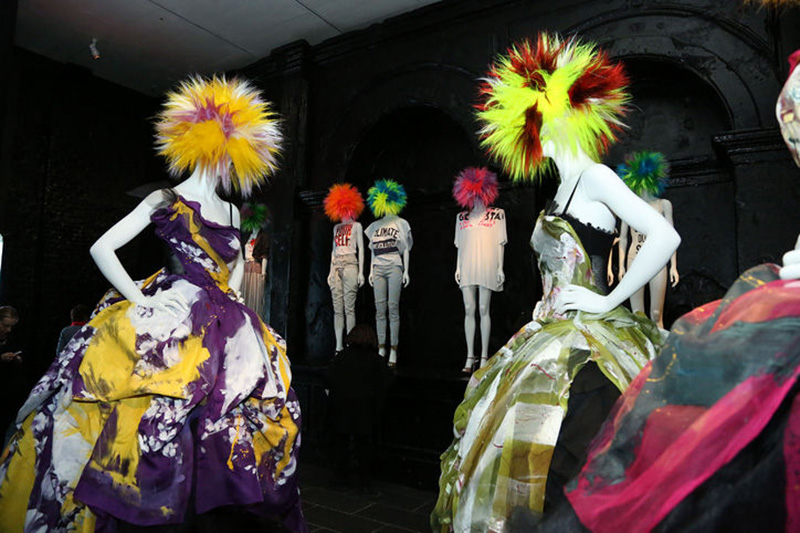 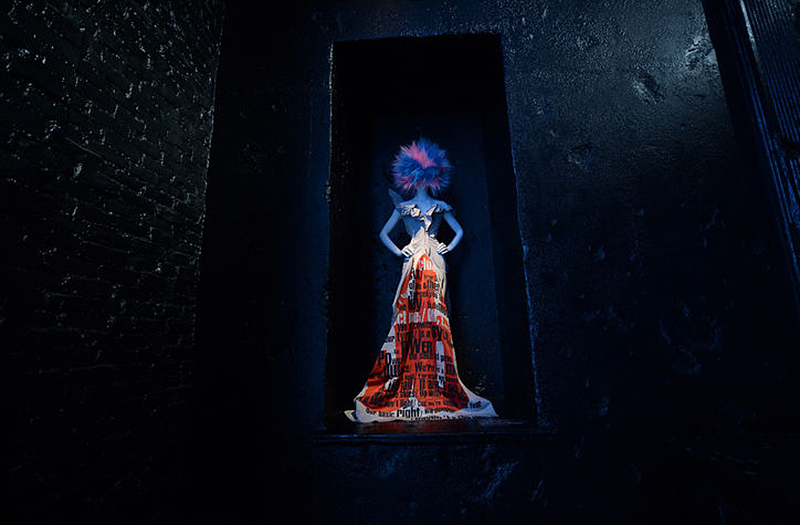 above: punk fashions by Commes Des Garcons, Givenchy and Jordan 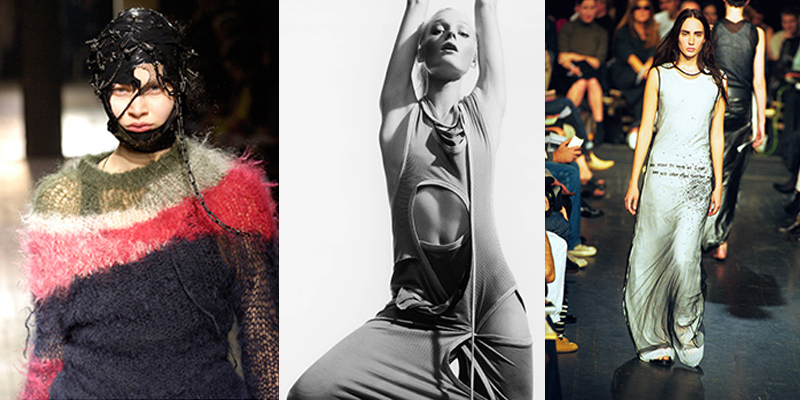 All mannequin head treatments and masks will be designed by Guido Palau, who also created treatments for Alexander McQueen: Savage Beauty and last year’s Schiaparelli and Prada: Impossible Conversations. The design for the 2013 Costume Institute gala benefit will be created by Nick Knight, Sam Gainsbury, and Gideon Ponte with Raul Avila, who has produced the benefit décor since 2007. Additional funding for the gala benefit will be provided by Givenchy. 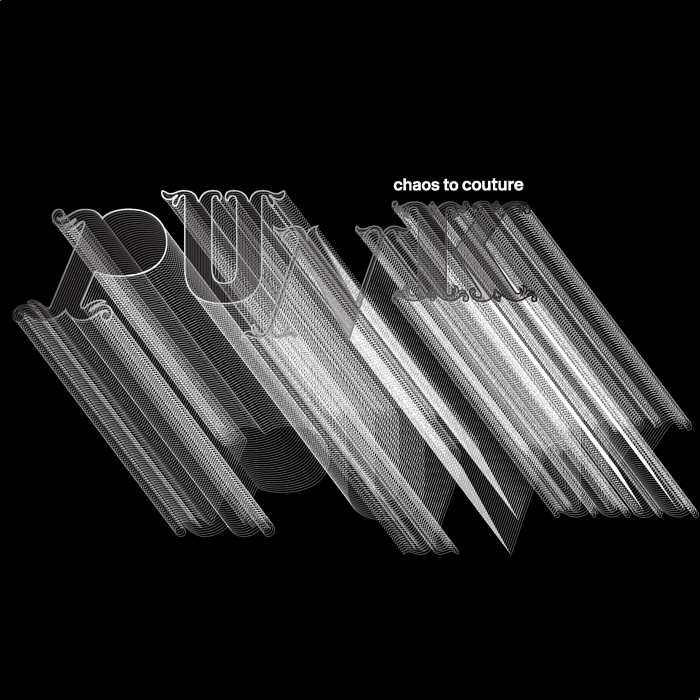 above: A book, Punk: Chaos to Couture (Metropolitan Museum of Art)

with an introduction by Jon Savage, and prefaces by Richard Hell and John Lydon (a.k.a. Johnny Rotten of the Sex Pistols), will accompany the exhibition. This publication will be illustrated with photographs of vintage punks and high fashion. Published by The Metropolitan Museum of Art, the $45 catalogue (hard cover only) far less here at Amazon

The exhibition is made possible by Moda Operandi with additional support provided by Condé Nast. Images in this post came from the following various sources: Getty images, AP Photos,  New York Magazine and, of course, the Metropolitan Museum of Art.

NY Mag’s The Cut has a fun article and slide show that shows you what celebs wore to the opening and how they gave their own homage to punk. Check it out here.