Initially conceived of 12 years ago, the ‘fake’ swimming pool by Argentinian artist Leandro Erlich, known for his illusion-like installations, has been featured at various museums around the world. 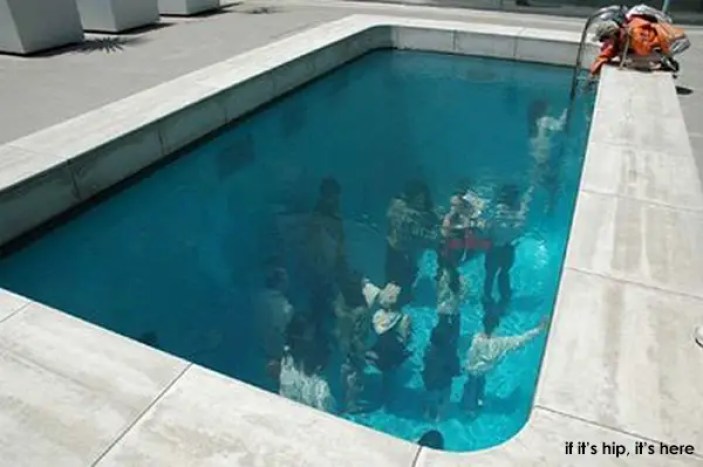 In 2001, it was featured at the 49th Venice Biennale in Arentina. In 2004, it found a permanent home at the 21st Century Art Museum in Kanazawa, Japan. In 2008, the fake pool was set up for a 2 year installation at MoMA’s PS1 Contemporary Art Center. And as of December 2010, the pool was being installed in the Gallery of Modern Art in Brisbane, Australia. 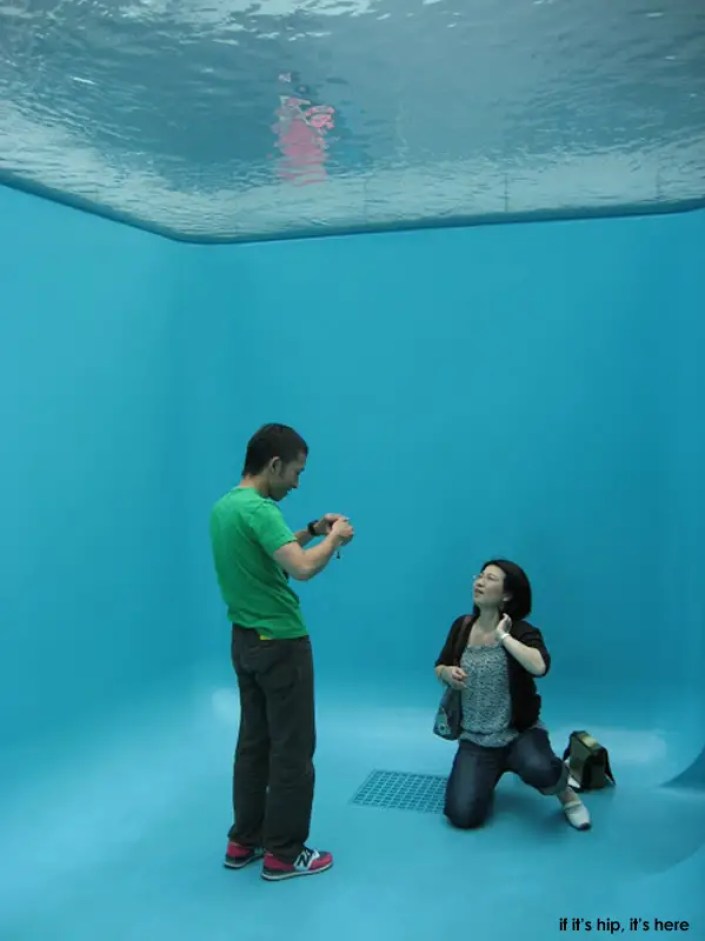 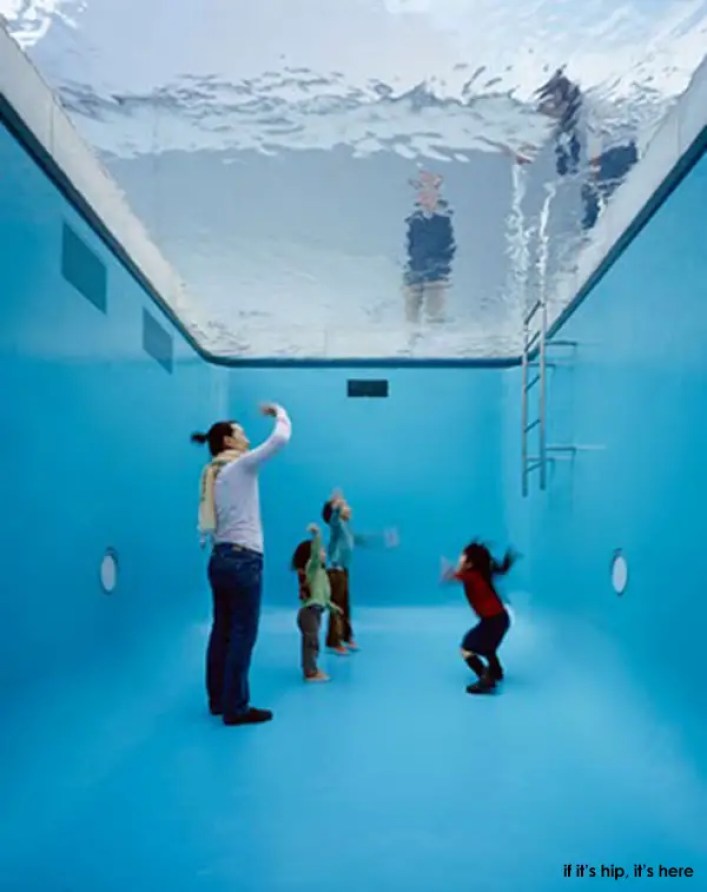 For the long-term exhibit at the P.S.1 Contemporary Art Center, he constructed a full-size pool [20 x 9 7/8 x 10 feet (600 x 280 x 300 cm)], complete with a surrounding deck [the installation in Japan’s museum does not have a wood deck], underwater pool lights and ladder. When one first approached upon the amazingly surreal piece from the ground floor, it appeared that people, fully clothed, were standing underwater, alive and engaged in conversation, on the floor of what appeared to be a very real swimming pool. 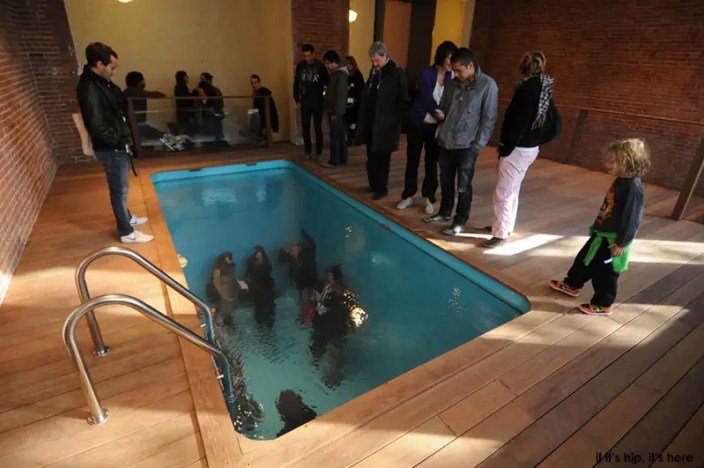 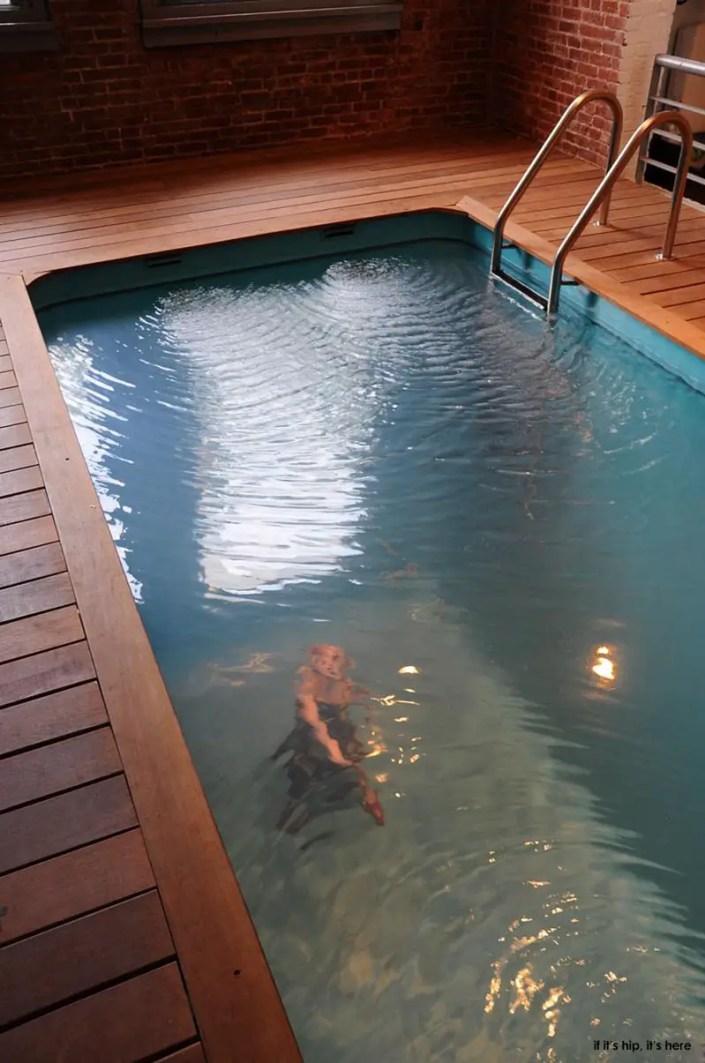 However, when examining the pool from underneath, one sees that it’s actually empty and the illusion of the water-filled space is achieved by his placing a large piece of transparent laminated glass suspended over the pool atop which lies some actual water. 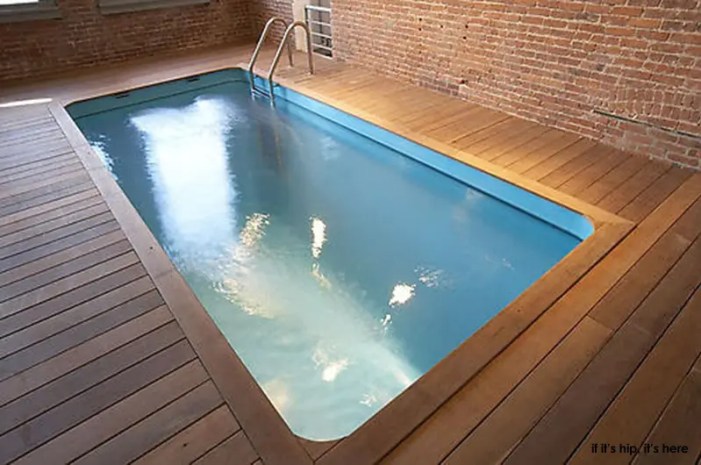 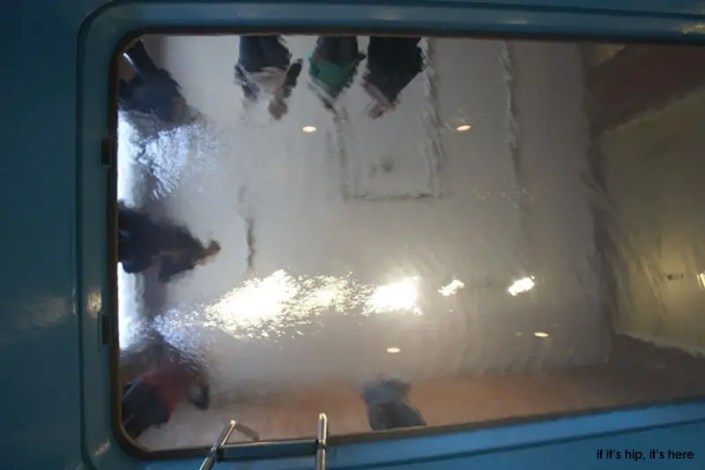 The interior of the pool’s walls are painted aqua to further add to the illusion. One enters through pool through the opening shown below: Here are the installation photos of the pool’s latest appearance at The Gallery of Modern Art in Brisbane, Australia: 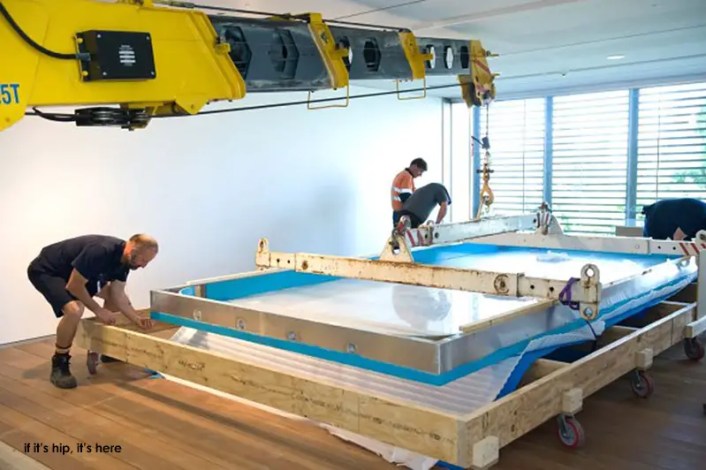 Leandro Erlich was born in Buenos Aires, Argentina, in 1973. At age 20, he won a grant from the Antorchas Foundation to take an advanced sculpture and installation workshop under the direction of Luis F. Benedit and Pablo Suárez. Between 1998 and 1999 he took part in the Core Program, an artist-in-residence program in Houston, Texas, U.S.

In 1999 he moved to New York and presented his first exhibition in a commercial New York gallery. Over the next two years he participated in the Whitney Biennial and represented Argentina at the 49th Venice Biennale (2001).

Retro 80’s Items Made Entirely Out of Cut Paper by Artists Zim and Zou.