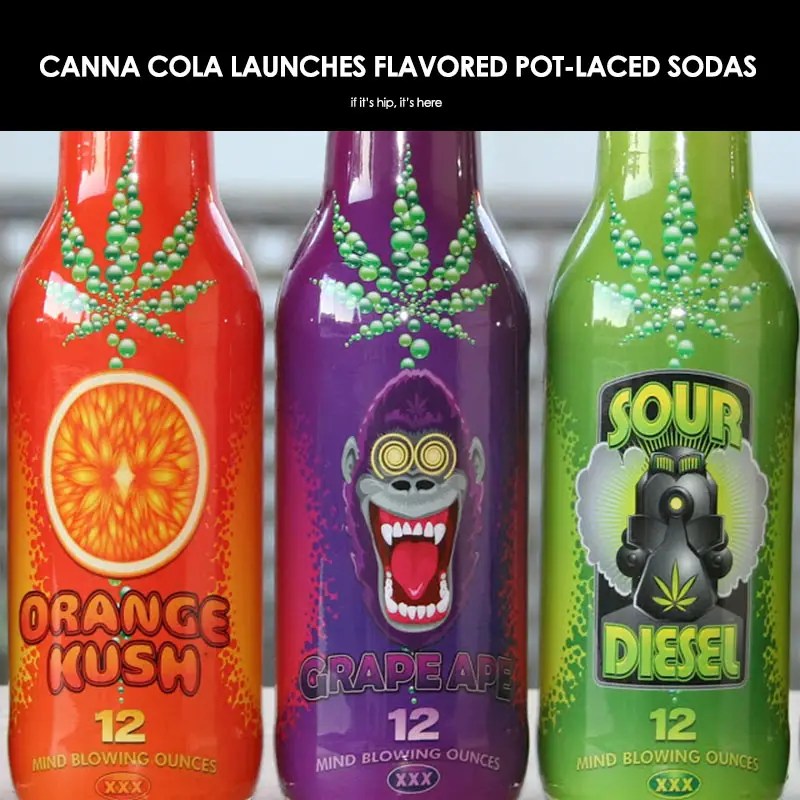 If you’ve been following the news, there’s been quite a bit of ‘buzz’, pardon the pun, about Canna Cola, a new line of THC-infused carbonated beverages for intended sale at medicinal marijuana dispensaries. Scott Ridell of Diavolo Brands, who created the products along with Clay [they are not marketing it… that was an error in the Santa Cruz Sentinel article], says the beverage line’s dosage of THC will be “somewhere between 35 to 65 milligrams” and that that “the levels of THC in his line of soft drinks will be substantially below the levels of many drinks now on the market.” He likened his product to a “light beer” alongside high-proof liquors. Although there are several THC laced sodas on the market, most are produced in small batches and lack the marketing effort of a larger brand. Kushtown Sodas and Dixie Elixirs are two examples. above: Clay and some of his Soda Pot (photo for Santa Cruz Sentinel by Bill Lovejoy)

An article in the Santa Cruz Sentinel quotes Clay as saying “Marijuana sodas do exist in the marketplace. But, said Butler, none of them have the branding savvy of his product.

“You look at all the marijuana products out there, and they are so mom-and-pop, hippie-dippy, and rinky dink,” he said. “If someone can put every color on the rainbow on it, they do. If they can pick the most inappropriate and unreadable fonts, they will. And there’s marijuana leaves on everything. It’s a horrible cliché in the industry.” to a more subtle, but difficult to read, design:

Butler’s epiphany was to market the THC-laced sodas “how Snapple or Coca-Cola or Minute Maid would make a marijuana beverage, if they ever chose to do it.”

Thus, he used the marijuana leaf – it’s an unavoidable part of the “brand DNA” of marijuana products, he said – but he designed a leaf made of bubbles (shown below), to suggest soda pop. above: Clay Butler designed the logo and bottle designs for the Soda Pot.

The sodas are intended to be priced at between $10 and $15 for each 12 oz bottle and are planned for launch in medical marijuana-friendly Colorado next month. California, however, remains a wild card. THC-infused sodas cannot be transported across state lines according to Federal laws (despite individual state laws regarding medicinal marijuana use), so the product would have to be manufactured in California to be sold there.

Plans are tentatively to have it in California dispensaries in the spring.

Pizza Lovers (and Makers) Lives Will Get Easier Come Spring.