Often called a “gallery where you can spent the night” in one of the city’s most exciting neighborhoods, The Arte Luise Kunsthotel in Berlin has 50 rooms — each of which have been designed by a different artist.

Room sizes and prices vary – as do the talent of the artists. Nevertheless if you’re looking for an unconventional hotel, this is the place.

Situated within view of the Reichstag building, the Spree river, Friedrichstraße, Unter den Linden, and the Brandenburg Gate, is a historical area that has been recently attracting attention with top-flight architecture, both old and new, on both sides of the Spree.

Comprising a neo-classical residential palais from 1825 and an addition from 2003, the hotel offers almost 50 rooms, a generous lobby, and an art gallery for holding events. 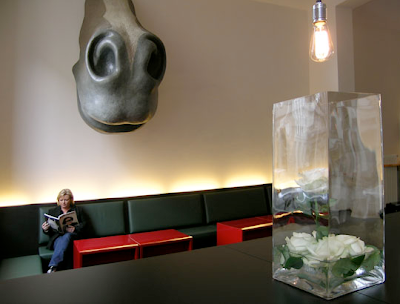 above: The lobby with sculptures by the Dutch artist Hans van Meeuwen 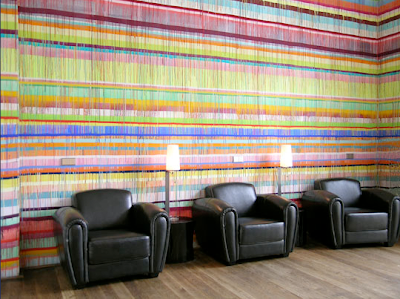 above: a wall piece by Markus Linnenbrink

Their single and double rooms and the suites are not only comfortable, but in the “bel-étage” of the old building, they are decidedly expansive. The rooms have a shower or bathtub, TV, free wireless Internet, and-in the new building-even air-conditioning. In the tradition of the “Künstlerheim” they additionally offer a few simple, very favorably priced single and double rooms in the mansard.

All rooms were decorated by a renown artist, whereby the entire room was included in the concept. Thus, every room is an original, and all rooms are united by the high artistic standards with which the concepts have been executed. Sculptures in the lobby and the philosophy in the stairwell accompany guests en route.

The Stairwell of the Philosopher:

At the reception desk a young, competent team is at our guests´ disposal around the clock. The in-house restaurant “Habel” offers lovingly prepared German-Mediterranean cuisine, which is also served on the broad terrace in the hotel courtyard in the summer. 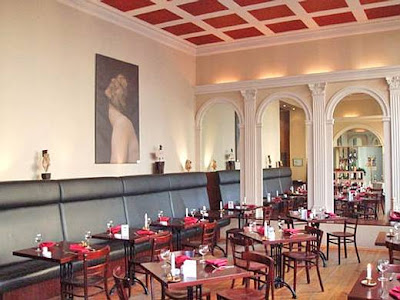 Below are some of the higher priced rooms, the artists who designed them and the names of the rooms (double rooms with shower). 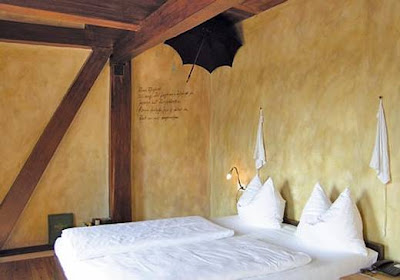 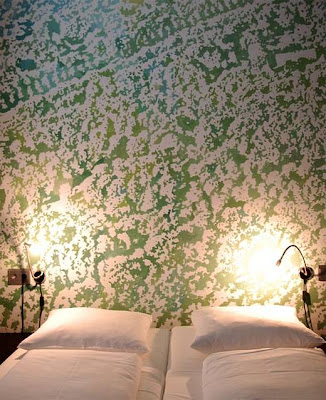 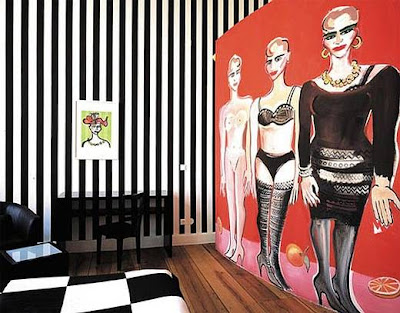 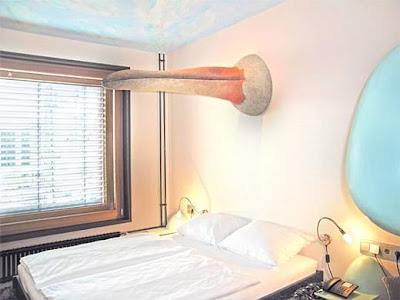 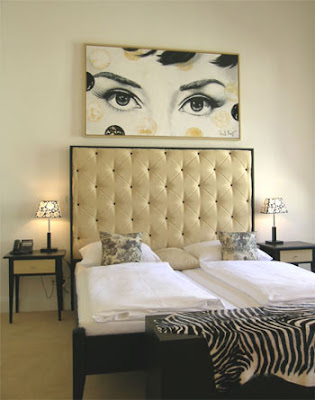 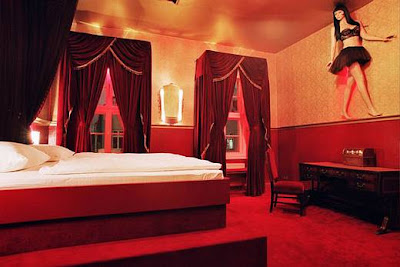 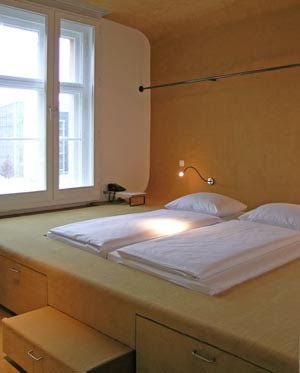 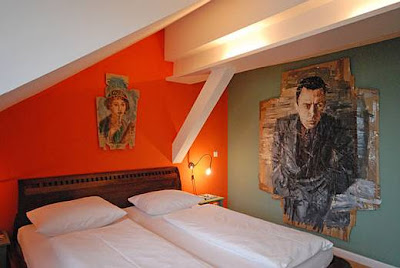 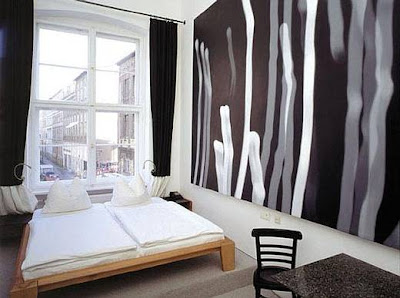 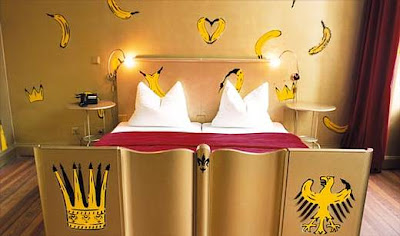 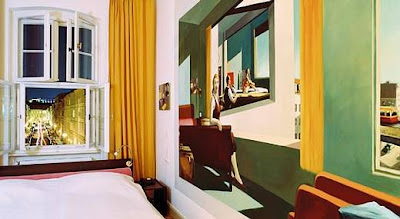 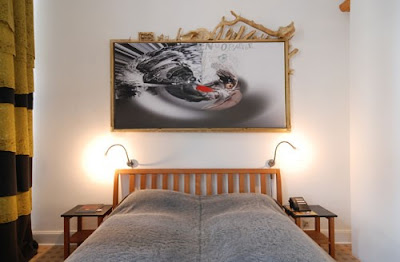 A Hotel and Its Artists
Guests walking into a room at the hotel “Arte Luise Kunsthotel” find themselves within a work of art. Each room is unique, each room an artistic proposition, a museum, a gallery, an artwork and a place to inhabit.

A Berlin philosopher has added a dialectical dimension to the public areas of Luise. Sculptures greet guests in the hotel lobby. The director of a well-known public art gallery wrote about us, “This hotel is a place for art and an artwork of its own.” 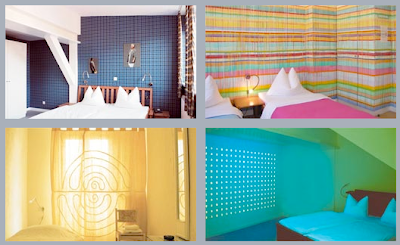 This has been made possible by over 50 artists who accepted the hotel’s invitation to make a contribution. In designing different rooms artists have created scenarios that go beyond their work in the studio and reflect on the time, place, and situation of the traveler. The entire room is taken into consideration, usually including the furniture and other decorations.

The artists receive approx. 5% of the profit from “their” room as payment – a so-called artist obolus – a one-time compensation for materials and other costs, and a number of free overnight stays.

Most rooms are recommissioned every 2-5 years.

As the worldwide media response and the numerous guests of our house attest to the success of the unique project. This is our motivation for continuing to improve the quality of the hotel and offer new platforms for all manifestations of art with an outstanding niveau.