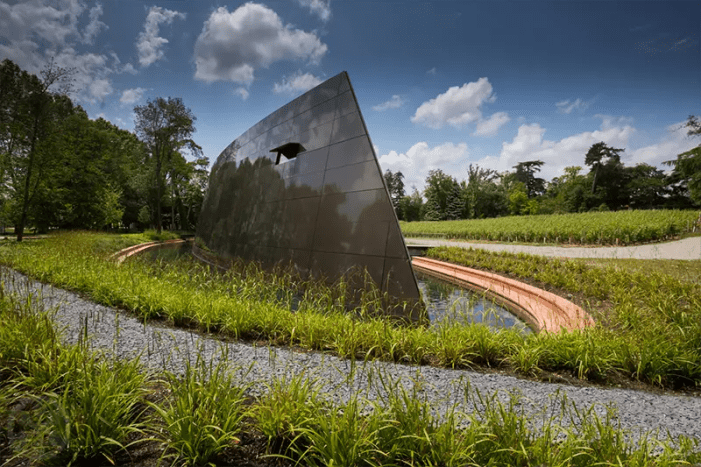 After two years of conception and creation, followed by 18 months of construction work, the cellar in the heart of the Bordeaux winery estate is complete. The gorgeous facility now extends over 2,000 sq meters and over four levels and includes a reception area and technical innovations. 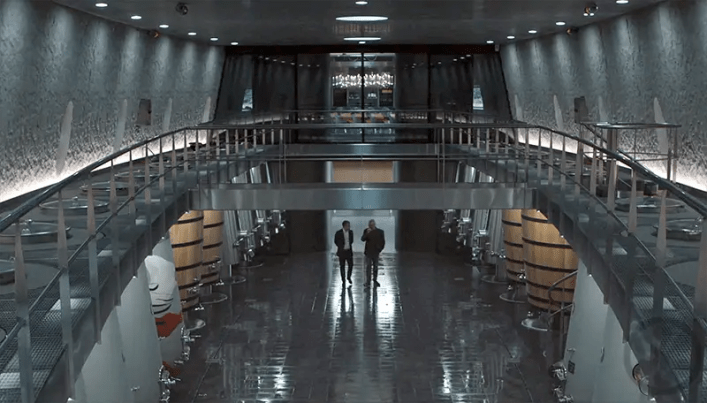 When Patrice Pichet acquired Château Les Carmes Haut-Brion in 2010, he intended to transform the unique estate into a showcase. Blessed with a prestigious terroir (a terroir is the natural environment in which a particular wine is produced, including factors such as the soil, topography, and climate) in the historic birthplace of the great wines of Bordeaux, the estate clearly needed facilities in keeping with its status, combining the best of tradition and modern technology for future vintages. Visitors also needed be welcomed in an appropriate setting. 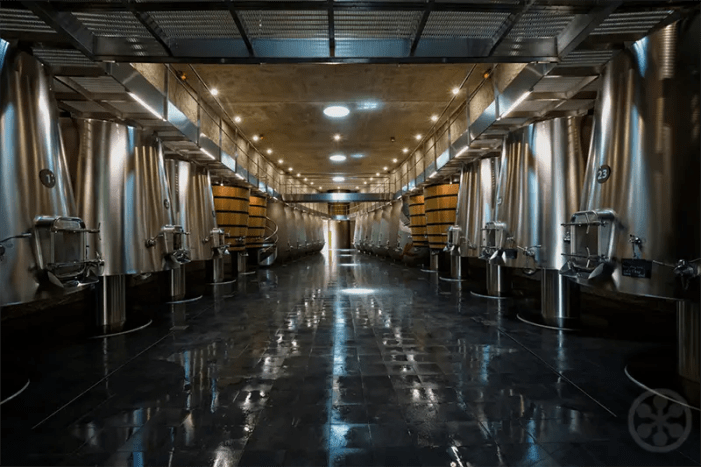 A lover of great wine as well as design and architecture, Patrice Pichet naturally called on two famous professionals: the famous designer Philippe Starck and the architect Luc Arsène-Henry. Above and beyond new facilities, the aim was to integrate the estate in the city by constructing something unique and worthy of such an outstanding wine. It was necessary to provide Château les Carmes Haut-Brion with new equipment to receive and shape the future vintages in the best conditions, and therefore live up to the qualitative goals of this prestigious vineyard of Pessac Léognan. The two creatives were entrusted with the design and implementation of an architectural building which included a new vat house, a barrel cellar and reception rooms. The project started back in January 2014 and was mostly completed for the 2015 harvest, so that the 2016 vintage could fully benefit from the new facilities. The main entrance of Château les Carmes Haut-Brion was also redesigned. 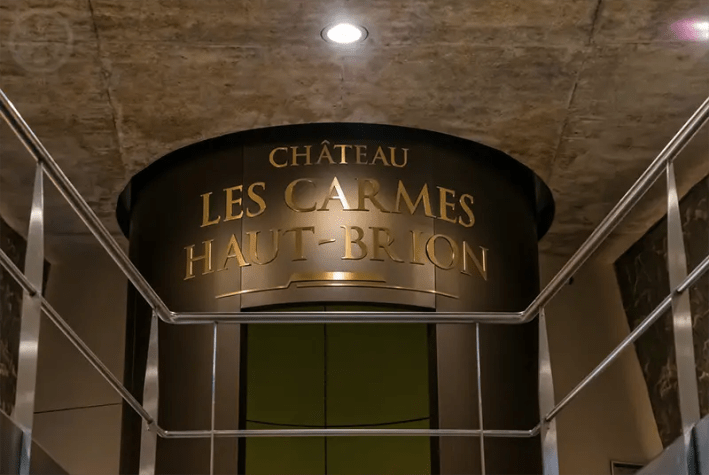 The cellar of Château les Carmes Haut-Brion is a raw metal blade plunged in the terroir. With no reference of scale, time or culture, this construction pushed to the minimum is the opposite of a constraining and ostentatious human architecture. “Was this raw metal blade pushed towards the ethers by telluric forces or did it fall here from elsewhere? It’s a magic encapsulated in a miracle from which will come the extraordinary. This blade isn’t frontal, but slightly inclined on which the gaze wanders. As a harmonic confrontation between Nature and human genius, it melts and blends in with the water, the soil and the tree bark around. It is the product of Nature improvement by Human intelligence; it is the expression of Nature’s pure intelligence.” –Philippe Starck Here, the contribution of Nature overcomes the input of Man, and anchors the cellar in its vineyard. Sanctuarized by the use of a natural and vital element, the building is surrounded by water as a thermic flywheel, which allows the wine to tolerate any temperature or season without being affected. The preferred raw and technical materials – matrix concrete, glass and metal – are arranged with a theatrical aesthetic, through lighting effects and a structure without a single loadbearing point. Major restoration work has also been carried out in the authentic and prestigious grounds of Château les Carmes Haut-Brion: the whole estate has been unveiled through a new entrance; the hydraulic systems and fountain from the 15th century has also been rehabilitated. Beyond the aesthetic aspect, the wetland restoration of the Château helps regulate runoff and protect the biodiversity specific to the site.

Every year, a concrete tank will be decorated by a renowned artist.

This unique architectural work anchors in the 21st century the history of Château les Carmes Haut-Brion, the only château in the heart of Bordeaux, situated 20 rue des Carmes.