you are here: if it's hip, it's here » food » The Most Bizarre (and some of the tackiest) Places To Eat In The U.S. 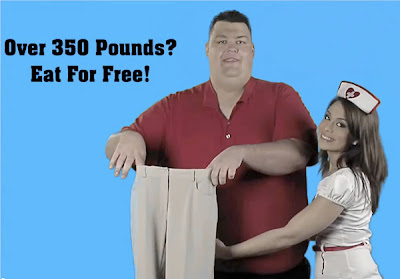 According to Forbes Travel, the following are the weirdest U.S. restaurants (and in some cases, I think the tackiest). A collection of ‘theme’ restaurants which are said to actually have good food as well (sorry, Medieval Times). The picks and descriptions are from their article, but I’ve added more images, addresses, phone numbers and links for your infotainment. Bon Appetit! 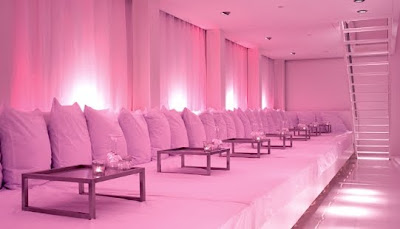 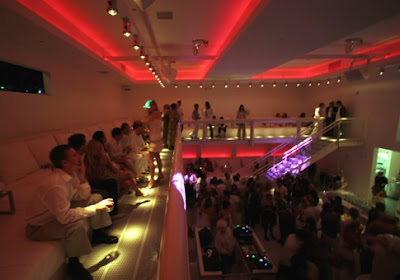 Designed to enlighten all five of your senses, this 11,000-square-foot, all-white avant-garde Harrison Street spin-off of a Dutch restaurant is unlike any other dining experience you will encounter. After being tucked into your bed/dinner table for your meal by a risqué performance artist/waiter, you’ll spend four hours dining and being serenaded by drag queens (and kings), getting rubdowns from a masseur, and wowed by acrobats. Even school nights end on the neon light dance floor that’s filled well into the morning. 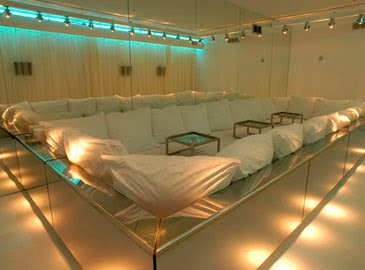 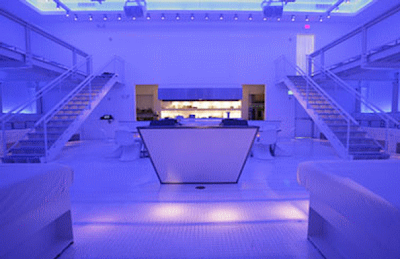 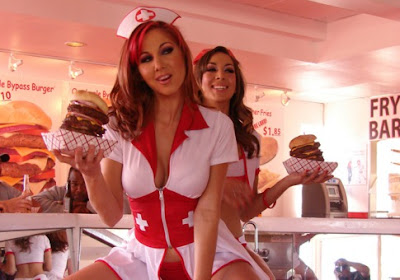 Customers are referred to as “patients,” orders as “prescriptions,” and the scantily clad waitresses as “nurses” at this hospital-themed bar and grill in Chandler, Ariz., which promotes that its fries are deep-fried in lard and allows diners who weigh over 350 pounds to eat for free. In complete disregard of any sort of health food movement, menu items like an 8,000-calorie quadruple bypass burger, Jolt cola and unfiltered cigarettes have led to the restaurant having to post, as required by the state of Arizona, that the nurses have no medical training.
Heart Attack Grill
6185 West Chandler Boulevard
Chandler, AZ 85226
(480) 705-9870 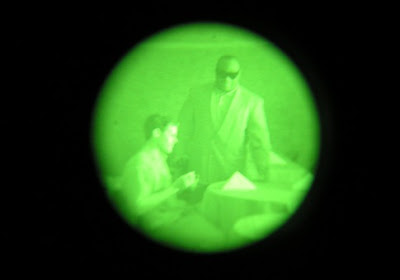 Altering the notion of food being eaten with the eyes, this Los Angeles culinary adventure serves a two-hour, multi-course gourmet meal to diners who cannot see their food. By dining in a pitch-black room–you’ll be led to your table by the blind and visually impaired waiters–your sense of taste, touch, smell and hearing will be enhanced by abandoning the “visual stigmas” attached to food for a more authentic experience.
Opaque
2020 Wilshire Blvd
Santa Monica, CA 90403
(310) 546-7619 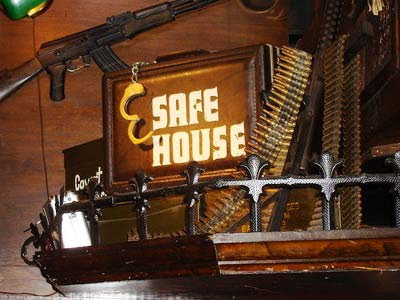 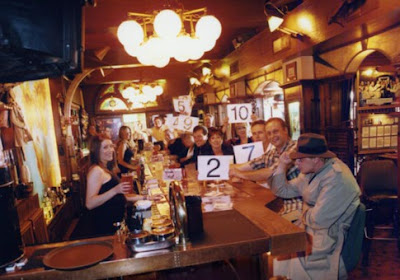 You’ll need to whisper the secret code into the ear of the doorman to enter International Exports Ltd., the fake front of this spy-themed Milwaukee restaurant that has been open since 1966. Inside the maze-like building, you’ll come across numerous secret passages–like to the Milwaukee Press Club–and spy holes among the walls that are decorated with spy memorabilia from movies and espionage books.
The Safe House
779 North Front St
Milwaukee, WI 53202
(414) 271-2007 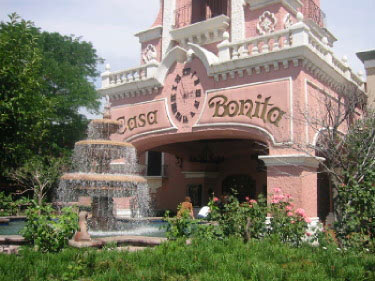 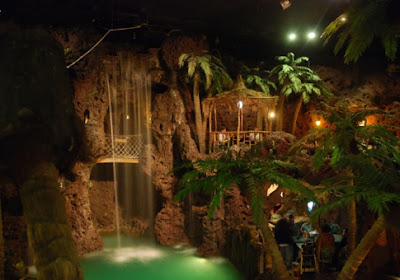 Casa Bonita is a sort of Mexican restaurant crossed with Disneyland, and is so well-known in Colorado that it was featured in an episode of South Park. The 52,000-square-foot restaurant that can seat more than a thousand is home to more than just all-you-can-eat beef enchiladas. Among the 22-karat gold leaf dome and pirate caverns are cowboy shootouts, escaping gorillas, cliff divers, and a mish mash of Mexican-related performances. 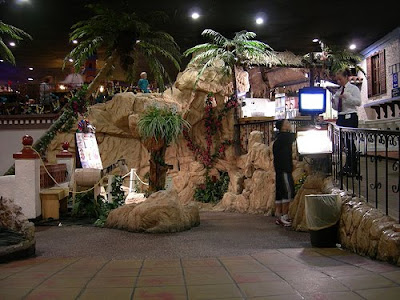 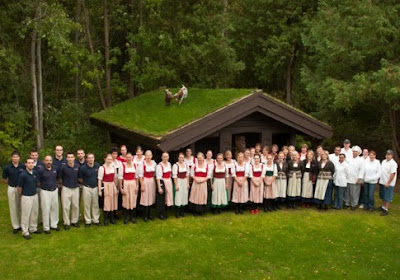 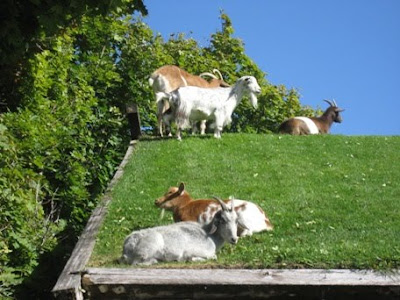 Visible from the center of Sister Bay, a single log house on a hill designed in Norway and assembled in the States piece by piece, sticks out with its grass-covered roof topped with live goats. The 60-year-old Scandinavian-themed pancake house, where mostly Northern European waitresses dressed in traditional garb, has dished out Swedish meatballs and lingonberry to rural Wisconsin for more than three decades. 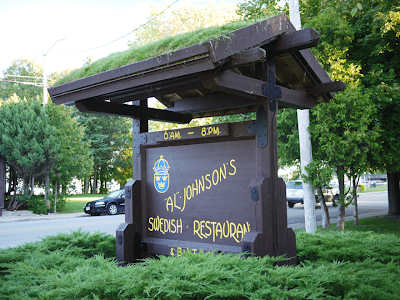 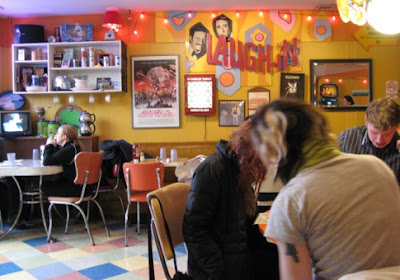 One of Chicago’s cult classic eateries, this oddity just a half mile from Wrigley Field–known for its chicken and waffles–lures eaters in with what may be the world’s only ’70s funksploitation-film-themed restaurant. You can enjoy their weekly Hangover Brunch while admiring the vast collection of beer cans, lava lamps, Billy Dee Williams images, “Colt 45” signs, vintage lunch boxes, and H&R Puff’n Stuff action figures. 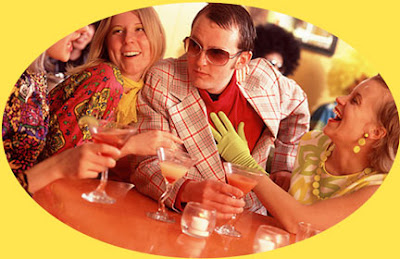 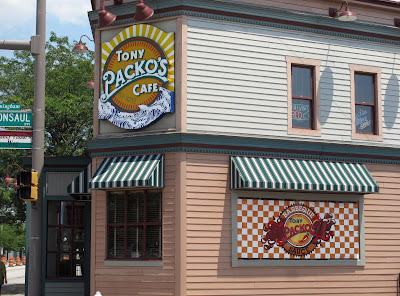 This Hungarian pickle and hot dog restaurant opened in 1932, but took off in 1976 when the Toledoan character Corporal Max Klinger of the TV show M*A*S*H* said, “If you’re ever in Toledo, Ohio, on the Hungarian side of town, Tony Packo’s got the greatest Hungarian hot dogs. Thirty-five cents.” Since around that time, like a bastard version of Sardi’s, they have been lining the walls with hot dog buns signed by celebrities and encased in glass. 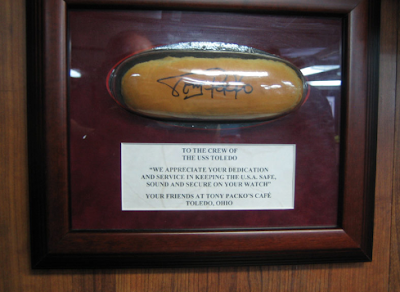 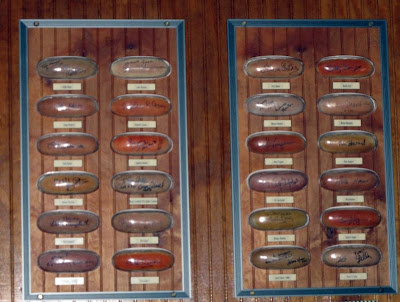 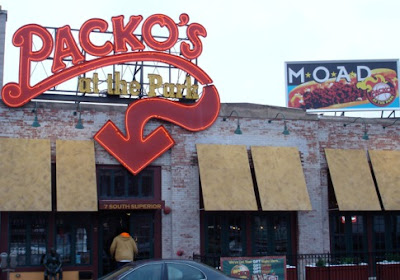 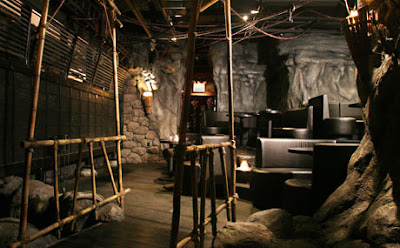 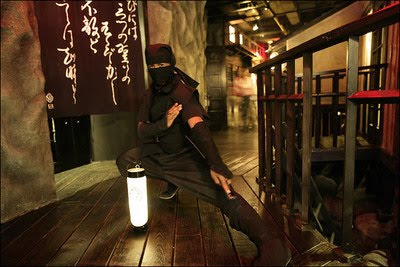 Screaming, bowing, smoke-bellowing ninjas drop from the ceiling and become your servers at this feudal- era ninja castle in Tribeca. The dramatic setting is based on partly fictional Japanese lore. Dark labyrinths must be navigated to reach the dining areas, which are either in cave-like dojos or a feng shui rock garden. Adventurous and creative Japanese fare like monkfish liver salad and sashimi are on the menu, but more memorable will be the Ninja Art Dishes that include the table-side throwing of Ninja stars and chopping of grapefruits by sword. 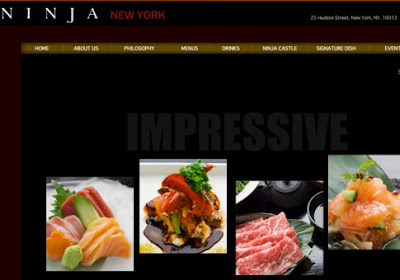 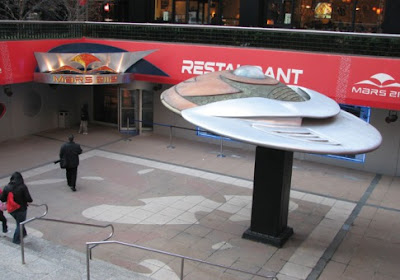 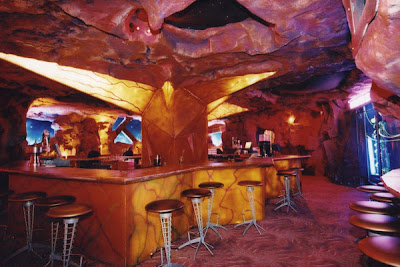 Thirty-five thousand square feet of Martian landscape define this restaurant and bar in New York’s Times Square. Dining rooms are modeled after spaceships and the red, rocky surface of Mars. To get inside you must “ride” to the multi-level restaurant in a private spaceship (aka elevator), and when the doors open you are greeted by a crew of resident aliens. Inside the Mars Bar find a TV with Mars weather forecasts, though the restaurant’s highlight is their unequivocal crystal tree with a glass window that looks back at the earth and stars. 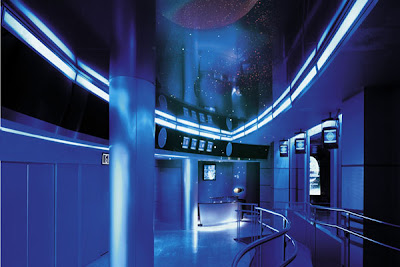 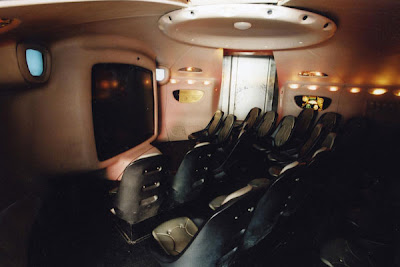 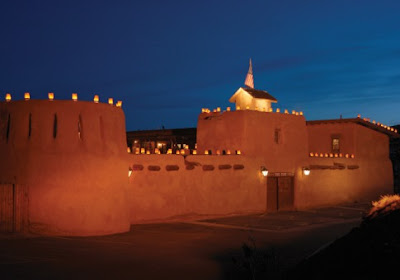 In 1962, when opening this replica of Bent’s Fort–a seven-acre 1830s fur trade and freighting center on the Sante Fe Trail–the owner researched more than 2,000 historic journals and diaries to guarantee the atmosphere and food were as authentic as possible. He built the structure out of adobe bricks and added fire pits, tepees, New Mexican farolitos, and a floor of earth and ox blood (now covered with wood planks). The restaurant now sells more buffalo meat than any other independently owned restaurant in the United States in the form of steaks, prime rib, hump, tongue, sausage and “Rocky Mountain oysters.” 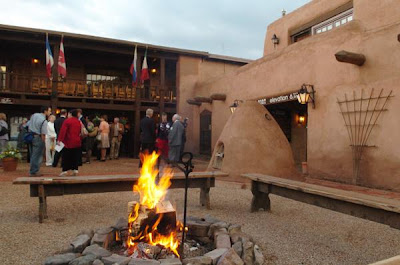