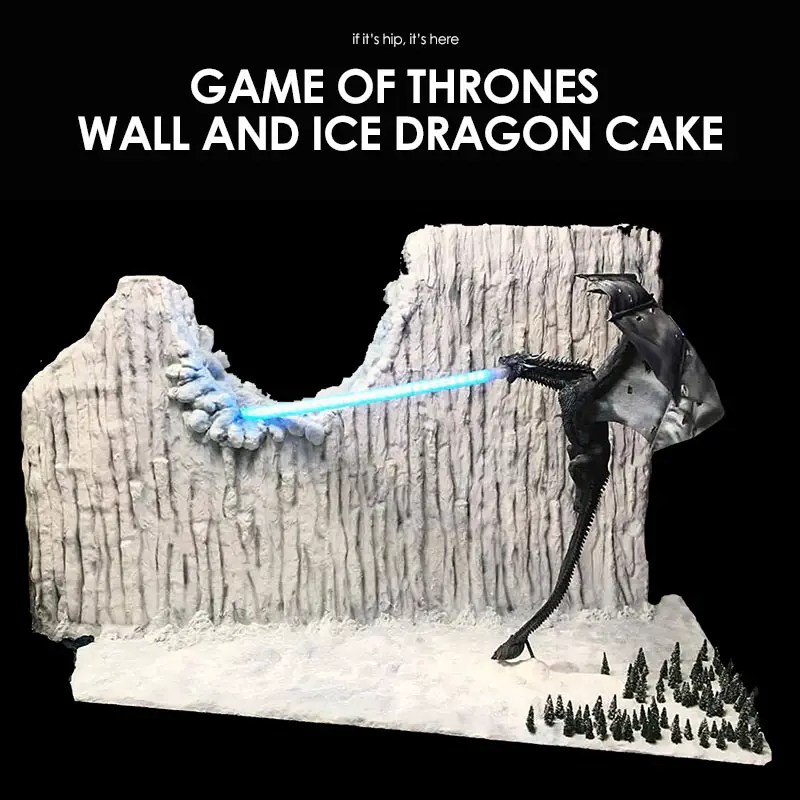 The Tattooed Bakers, Eddie Lebeau and Richard Amon, are masters at creating incredible, edible art. Based in London, they bake up original cakes for high-profile clients like Disney, Google, Star Wars, Marvel and Lionsgate. They recently completed an enormous cake to emulate the attack on “the Wall” in HBO’s Game of Thrones’ season 7 finale.

In the HBO drama based on the Fire & Ice books, “The Wall” is a colossal fortification which stretches for 100 leagues (300 miles) along the northern border of the Seven Kingdoms, defending the realm from the Wildlings who live beyond. The Wall is reported to be over 700 feet tall and is made of solid ice. It was supposedly constructed using both magic and mundane means some eight millennia ago, in the aftermath of the Long Night to defend the realm against the White Walkers who apparently dwell in the far north, though they are now considered myths by most. In one of the most exciting scenes from season 7 finale, Beyond The Wall, Daenerys (The Mother of Dragons) comes to Jon Snow’s rescue, only to have one of her dragons, Viserion, killed by The Night King with a spear. But instead of dying, Viserion returns – only now he is an Ice Dragon, a member of the army of the dead, who melts down the wall.

The Tattooed Bakers have turned this scene into an a giant edible cake that is pretty darn impressive. Check out this video of the cake:

The Tattooed Bakers approach each project with ambitious fresh ideas, pushing the boundaries of what can be achieved in the realm of Cake & Food art.