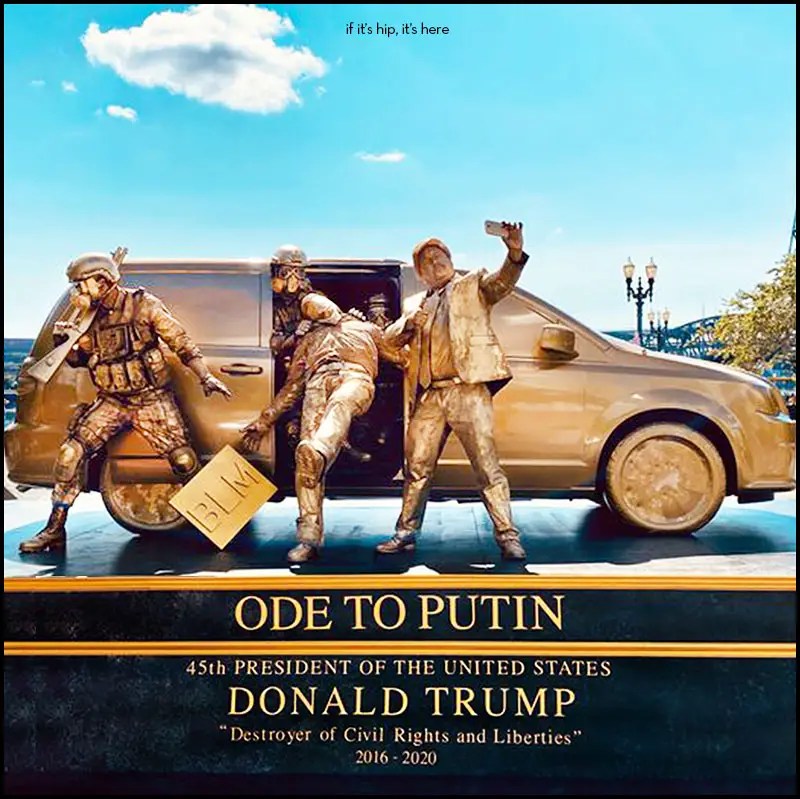 The first installment of three popped up in and around Washington D.C. in mid-July, the second installment of three appeared along Portland’s waterfront yesterday. They look like life-size gold statues depicting some of President Trump’s most divisive decisions, but in reality they are local performers painted gold and are part of commercial director Bryan Buckley’s Trump Statue Initiative. END_OF_DOCUMENT_TOKEN_TO_BE_REPLACED