you are here: if it's hip, it's here » snowboarding

The 2018 Winter Olympics in PyeongChang, South Korea (which at present has Norway in the lead in terms of medal standings), has been exciting and inspiring like the Olympic Games that have come before it. But, unlike the others before it, advances in technology and social media have increased the quality and the number of available imagery, respectively, to unprecedented proportions. Because of this there are a glut of fabulous photos from such events as skiing, snowboarding, figure skating, bobsledding, luge, hockey and more.  END_OF_DOCUMENT_TOKEN_TO_BE_REPLACED 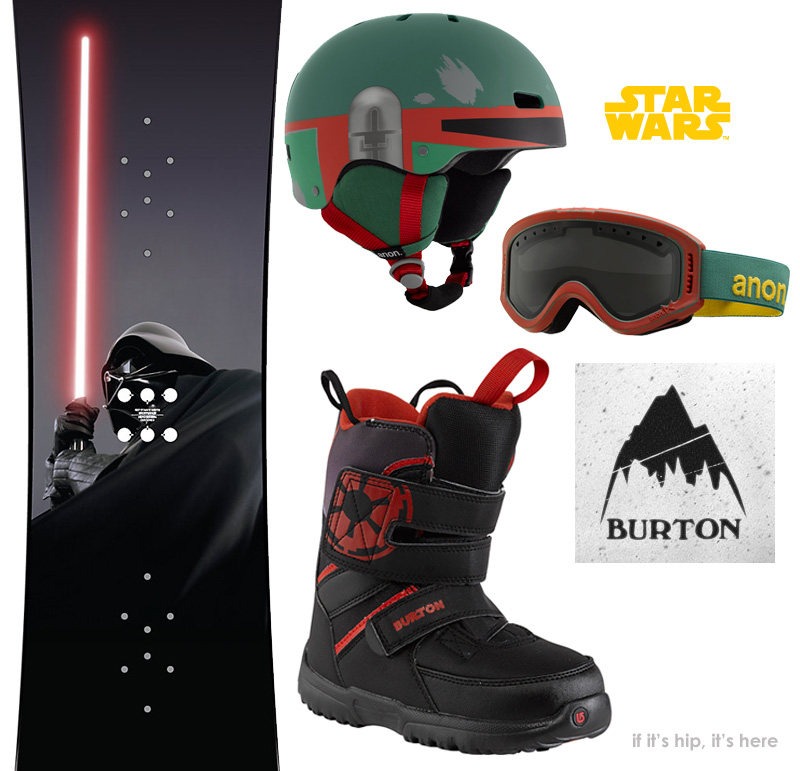 Burton and Lucasfilm have teamed up once again. This time for a new series of 8 Chopper Star Wars Snowboards, a Darth Vader version of the Grom Snowboard Boot and a Star Wars Boy’s Anon. Boba Fett Helmet and Anon. Boba Fett goggles. END_OF_DOCUMENT_TOKEN_TO_BE_REPLACED