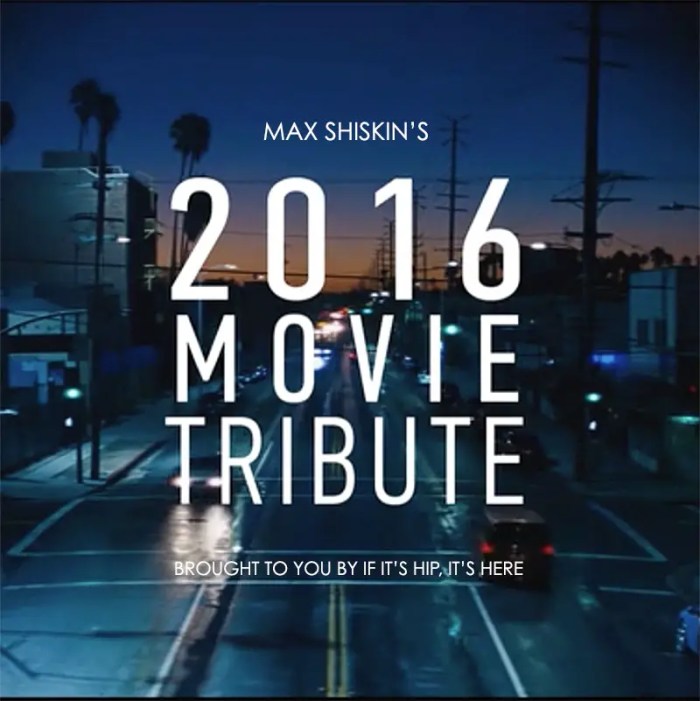 Creating a year end compilation from movies and tv is becoming an annual project for Max Shiskin who did the same in 2014 and 2015. This year’s 2016 Movie Tribute is seven minutes of footage from 154 movies (and some TV) released this past year edited together by similarly composed scenes and visuals. END_OF_DOCUMENT_TOKEN_TO_BE_REPLACED