you are here: if it's hip, it's here » modern dishes 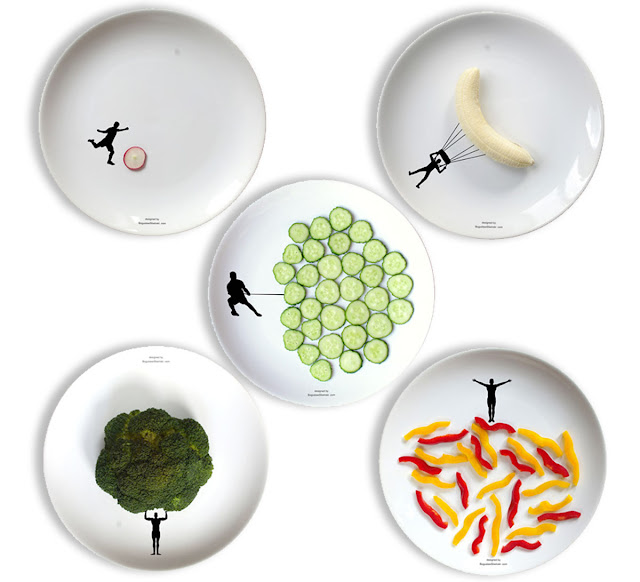 You may have seen his wonderful and whimsical Transportation Plates (shown at the end of this post) on some other design blogs such as Dezeen. Now, in addition to those, designer Boguslaw Sliwiński has come up with five new designs that feature a silhouette of a man in various athletic positions, giving the illusion of interacting with food placed on the plate. The five sports: football, skydiving, diving, tug of war and weightlifting are whimsical, but still stylish and will delight children and adults alike. END_OF_DOCUMENT_TOKEN_TO_BE_REPLACED

Adding his own narrative to what at first glance looks like classic Willow Pattern China (a style of dinnerware which originated in England in the early 1800s), designer Nille Svensson has created “Fake China.” END_OF_DOCUMENT_TOKEN_TO_BE_REPLACED