you are here: if it's hip, it's here » mixed media

Contemporary Colombian born artist Johan Barrios considers himself a figurative painter but not a portraitist. Despite the fact that his subjects are always humans, their faces are obscured and they exist in an unspecified location, transforming them into objects rather than subjects. The artist has an upcoming solo show at Denmark’s KIRK Gallery and we’ve got a look at some of pieces for the show as well as his new limited edition sculpture releasing today. END_OF_DOCUMENT_TOKEN_TO_BE_REPLACED

Australian artist Kendal Murray works in miniature to create playful little narratives imbued with social, symbolic and personal meaning. Setting the stage for these tiny mixed media scenarios are grass-covered coin purses, glass teapots and the ones that intrigue me the most – metal mirrored compacts. END_OF_DOCUMENT_TOKEN_TO_BE_REPLACED 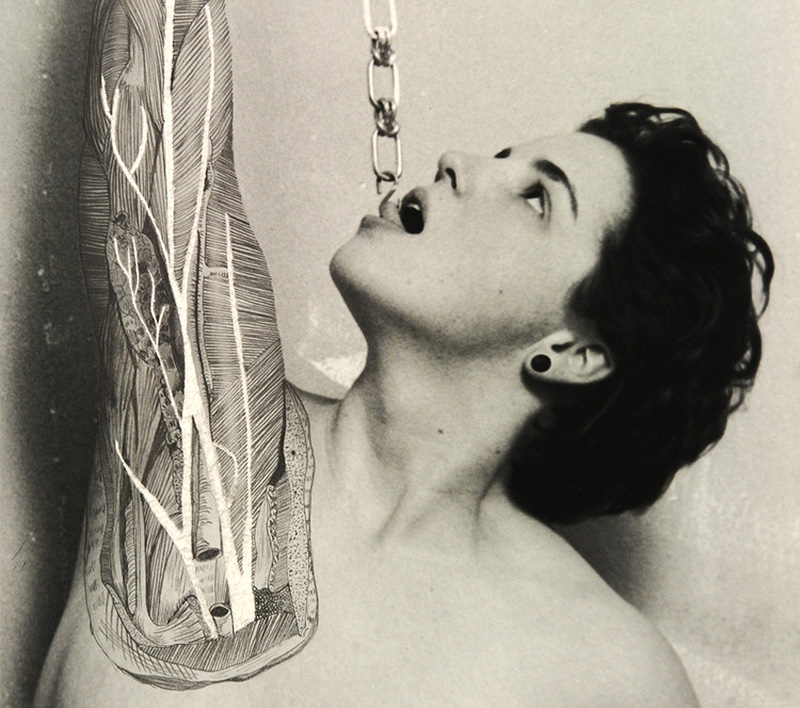 Photographer and artist Angela Christine Smith has this series of five works in a project called Dissections which feature herself, her silver gelatin photography and her inked overlay anatomical illustrations, combined for a compelling effect. END_OF_DOCUMENT_TOKEN_TO_BE_REPLACED