you are here: if it's hip, it's here » limited edition signed snowglobes

Designer and limited edition snow globes certainly have their appeal to the art world in addition to collectors of the shakeable snow-laden water-filled round glass objects. END_OF_DOCUMENT_TOKEN_TO_BE_REPLACED 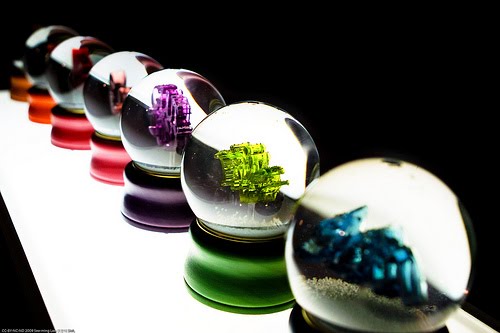 Only a select few know that I’ve got a ridiculously enormous collection of snowdomes ( also called snowglobes, shakies or waterglobes). Most of the over 300 that I own are packed away in boxes with the exception of a few of the more artsy and unusual ones. By that I mean limited editions, signed and numbered and sold either in museums, galleries or directly from the artist. END_OF_DOCUMENT_TOKEN_TO_BE_REPLACED 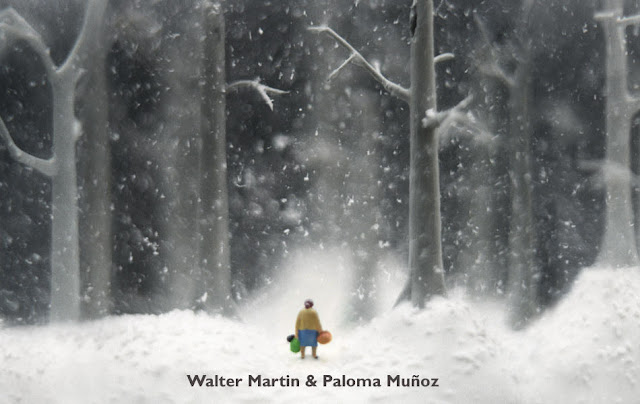 In honor of a White Christmas, which I am not experiencing today in Southern California, I’m sharing with you more of the collaborative artworks of artists Martin and Muñoz from their Traveler Series. Snowglobes and C-prints of snowglobes whose narratives at first appear charming, and then upon closer inspection are quite a bit twisted. END_OF_DOCUMENT_TOKEN_TO_BE_REPLACED

Like fairy tales or dreams Walter Martin and Paloma Munoz construct trancelike, metaphorical panoramic photographs and snow globes. The collaborative team, which have been working together since 1993, draw from art historical references ranging from Goya and Persian miniatures to literary references from William Blake to Zadie Smith. The collection of C-Prints and actual snow globes is called “Travelers.” END_OF_DOCUMENT_TOKEN_TO_BE_REPLACED