you are here: if it's hip, it's here » eames chair

Here’s a little eye candy…er, vegetable, for you. I came across this fun image created by illustrator Christoph Niemann for the New York Times and wanted to share it with you, along with the originals that it represents. END_OF_DOCUMENT_TOKEN_TO_BE_REPLACED

The Molded Plastic Chair (or Shell chair) that Mid-Century Modern design lovers have grown to covet is the epitome of the Eames process. Since its launch in 1950, details like color and height options, shock mounts, base variations, and use of upholstery have received constant improvements. END_OF_DOCUMENT_TOKEN_TO_BE_REPLACED 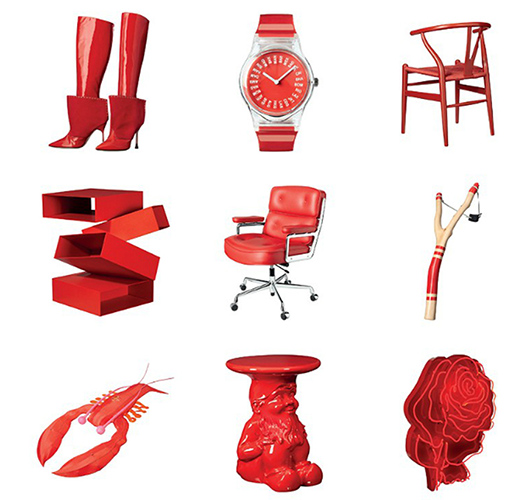 As a company Herman Miller is known for great design and working for a better world around you. Their new DESIGN FOR YOU contest, which began September 8 and continues through November 2nd, is a smart marketing ploy for Herman Miller to add people to their database. By entering, you are signing up for the Herman Miller Lifework (Retail) e-mail subscription. The more people who enter, the better the prizes. END_OF_DOCUMENT_TOKEN_TO_BE_REPLACED

The famous molded side and armchairs by Charles and Ray Eames, originally created in fiberglass in 1950, then made in plastic, now made of polypropylene, have become a little more comfy with the fully upholstered versions recently launched by Vitra. END_OF_DOCUMENT_TOKEN_TO_BE_REPLACED

above: Ideas Are Cheap Eames Chair by Joe Iurato

If you’re like most design lovers, you either own or have always wanted to own a molded Eames Plywood Chair. Well, now’s your chance to have a very unique one and benefit a good cause, all at the same time. END_OF_DOCUMENT_TOKEN_TO_BE_REPLACED