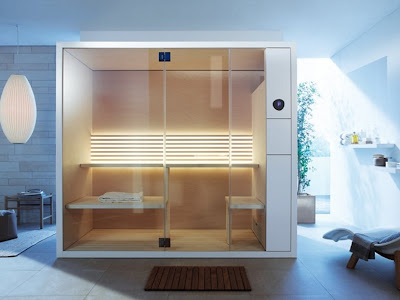 The Inipi sauna concept was inspired by the “sweat lodges” of the North American Lakota Indians, whose rituals included heating stones strewn with herbs in a fire. Initially introduced in 2009, this year they’ve come out with an even smaller one – the Inipi B, perfect for those who don’t have enormous bathrooms. END_OF_DOCUMENT_TOKEN_TO_BE_REPLACED

Not Starck. Starck X. In mathematics, the letter X stands for an unknown quantity. In Chinese Taoism, for elevation to the divine. In bath design, it represents the start of a new era. In his Starck X series, designer Philippe Starck maximizes minimalism. END_OF_DOCUMENT_TOKEN_TO_BE_REPLACED