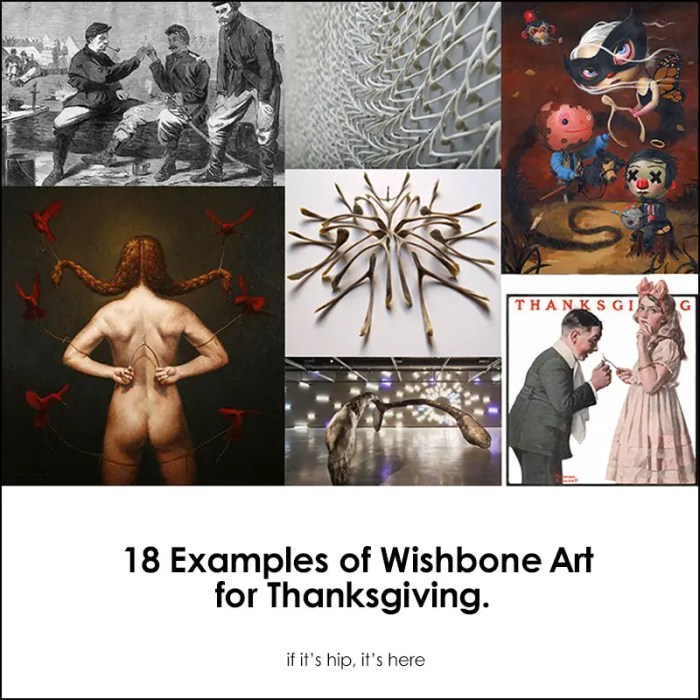 The most common belief is that the tradition of breaking the wishbone at Thanksgiving began with the ancient Etruscans and Romans who dried chicken wishbones and touched them as they made a wish. Lacking enough bones to go around the Romans fought over them – breaking them in the process. The Romans were said to have later introduced the practice into Great Britain. END_OF_DOCUMENT_TOKEN_TO_BE_REPLACED

Continue ReadingIn Honor Of Turkey Day, 18 Works of Art Inspired By The Wishbone.