you are here: if it's hip, it's here » consumer spending

They may be self-absorbed with their selfies and short-attention spans, but it turns out that, according to the following Shift Communications Christmas Spending Infographic, Millenials (ages 18-34) are actually more generous than the rest of us when it comes to spending money on Christmas gifts. At least in the United States. END_OF_DOCUMENT_TOKEN_TO_BE_REPLACED 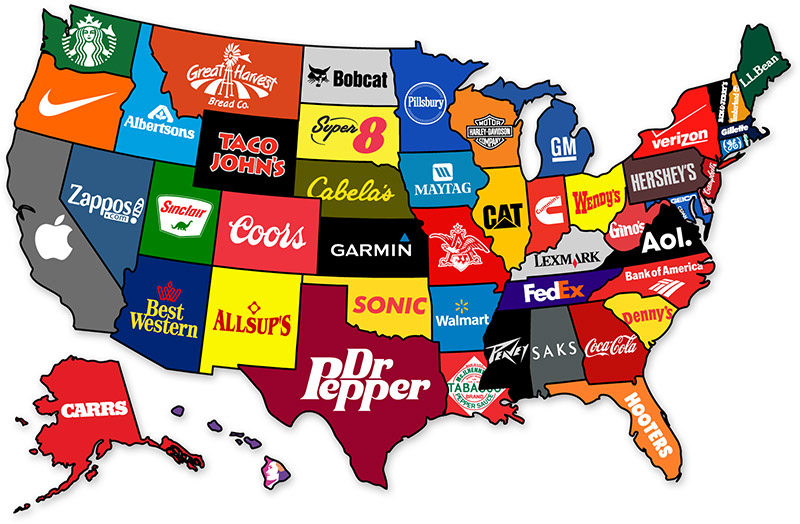 After writing an article about corporate feudalism, writer, artist and photographer Steve Lovelace took it upon himself to map out, subjectively, each state within the US and the corresponding corporations he felt best represented that state and the inhabitants within. 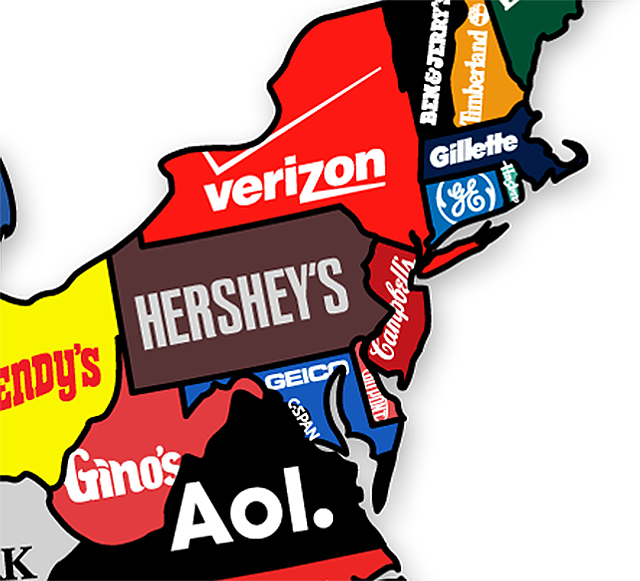 The visuals above illustrate his hypothesis that “that, as corporations become the dominant organizations on Earth, people will start thinking of themselves as citizens of Apple or partisans of Starbucks.”

Steve describes the project as follows:

“This is a map of “The Corporate States of America”. For each of the fifty states (and the District of Columbia), I selected a corporation or brand that best represented the states.

My criteria are subjective, but in each case, I tried to use a brand that a) is based in that state and b) is still in business (as of 2012). I created this map after writing an article about corporate feudalism. My hypothesis is that, as corporations and non-governmental organizations grow in power, the power of nation states will become increasingly irrelevant. We’re already seeing this on a small scale, as people turn to the Internet to make friends, instead of befriending their neighbors. I think that, as corporations become the dominant organizations on Earth, people will start thinking of themselves as citizens of Apple or partisans of Starbucks.

One thing I discovered while writing this article is that corporations are not evenly distributed across the country. Some states, such New Mexico, Alaska, Montana and West Virginia, simply do not host many big corporations. Others host so many that choosing one was difficult. In these cases, I went with the company that I though best represented the state, rather than the biggest or most notorious. Hence, I used Dr Pepper for Texas instead of ExxonMobil.”