you are here: if it's hip, it's here » Bruce Weber

Jennifer Lawrence is gracing the cover of Vogue’s 125th-anniversary September issue not once, but four times. The fashion magazine commissioned four different covers featuring the actress depicted by the some of the world’s best fashion photographers – and one very talented artist – for the celebratory issue. END_OF_DOCUMENT_TOKEN_TO_BE_REPLACED

He was cool. He was smart. He was sexy. He was Sam Shepard, a brilliant playwright, talented actor and all around badass who he lost his life to ALS, otherwise known as Lou Gehrig’s disease, yesterday at the age of 73. We take a look back at his impressive career, life, loves and accomplishments. END_OF_DOCUMENT_TOKEN_TO_BE_REPLACED 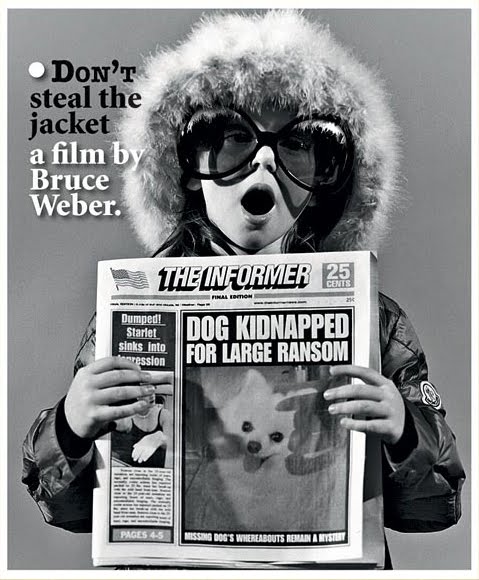 “Don’t Steal the Jacket,” a film and series of posters by photographer Bruce Weber, is the first episode in a series of promotional films for the fashion house Moncler. END_OF_DOCUMENT_TOKEN_TO_BE_REPLACED