you are here: if it's hip, it's here » Barack Obama

Former US President Barack Obama and former first lady Michelle Obama, like those before them, have had their portraits formally painted to hang at the Smithsonian’s National Portrait Gallery. The two refreshingly contemporary depictions of the Obamas were unveiled this morning. END_OF_DOCUMENT_TOKEN_TO_BE_REPLACED

Here is the official transcript of President Obama’s Farewell Address as released by The White House. Throughout the speech I have added seventy (70!) of my favorite photos of The President and his family during his two terms, predominantly taken by the Official White House Photographer Pete Souza. END_OF_DOCUMENT_TOKEN_TO_BE_REPLACED

END_OF_DOCUMENT_TOKEN_TO_BE_REPLACED 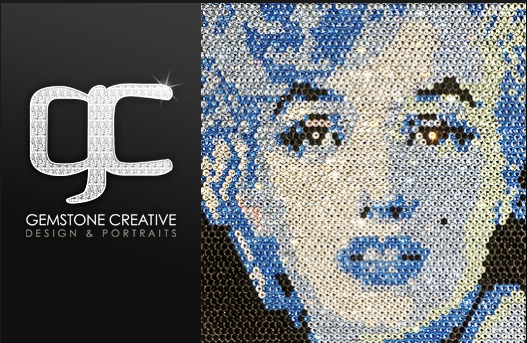 Looking for an incredibly personal and decadent gift to give someone special? How about a custom portrait made of diamonds and sapphires and set in 18k gold? Too much? Okay, then how about some semi-precious stones set in sterling silver? Either way, Gemstone Creative of the UK can make it for you. END_OF_DOCUMENT_TOKEN_TO_BE_REPLACED

With the inauguration of our President-Elect / Rockstar / Pop Icon/ Harbinger of Hope just around the corner, there’s a lot of Obamarama fun to be had. Don’t commemorate the special event with crappy ashtrays and keychains when you can have a signed basketball, a marvel comic, skate deck or Obama Nike Air Force Ones. END_OF_DOCUMENT_TOKEN_TO_BE_REPLACED