you are here: if it's hip, it's here » air purifier 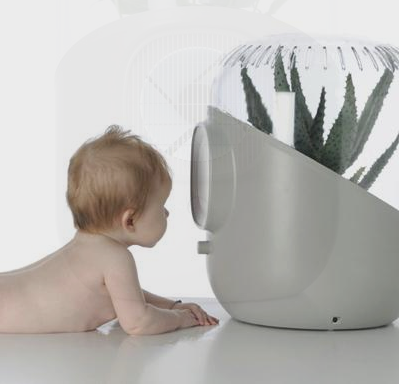 above: Once called the Bel-Air, The Andrea has now been mass produced

Originally named the Bel-Air, the modern looking purifier was an experiment between the French designer Matthieu Lehanneur and David Edwards and was initiated by Le Laboratoire in October 2006.

The final design optimized the filtration capacity of leaves, roots, soil and plant water to achieve a first Laboratoire artscience innovation. It was produced in five unique, original prototypes signed by the Artist, and first exhibited at Le Laboratoire in 2007. 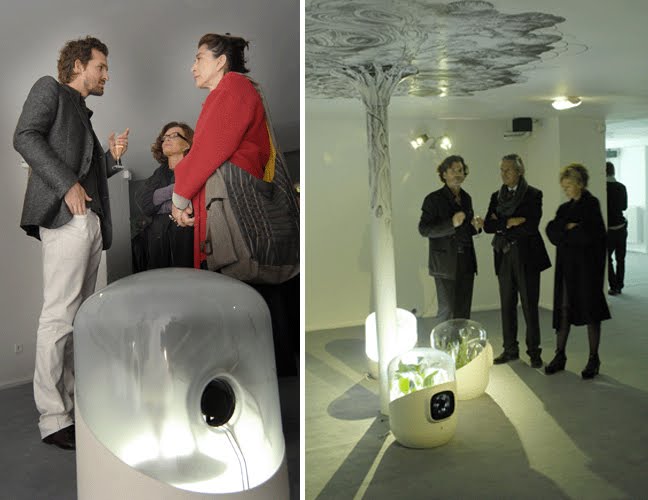 You may recall seeing it on some blogs, in some magazines or quite possibly read about one of the many awards this inventive air purifier has received. But it has since been rechristened the Andrea and can now be purchased online in europe and the US. 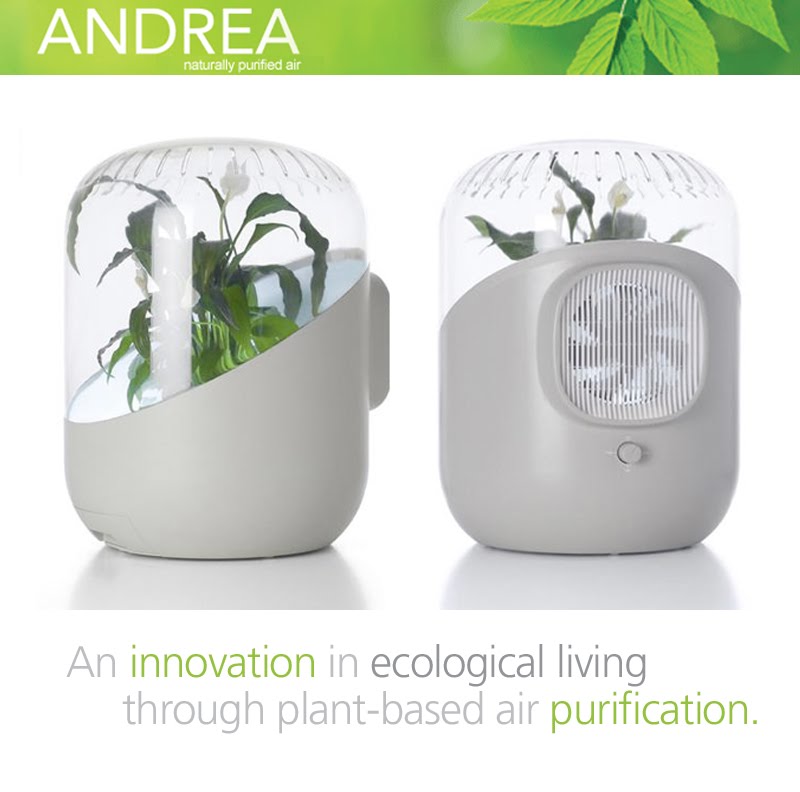 ANDREA is the first award-winning designed air filter capable of absorbing toxic gases, such as formaldehyde, from home and office environments through the natural absorptive and metabolic properties of living plants. 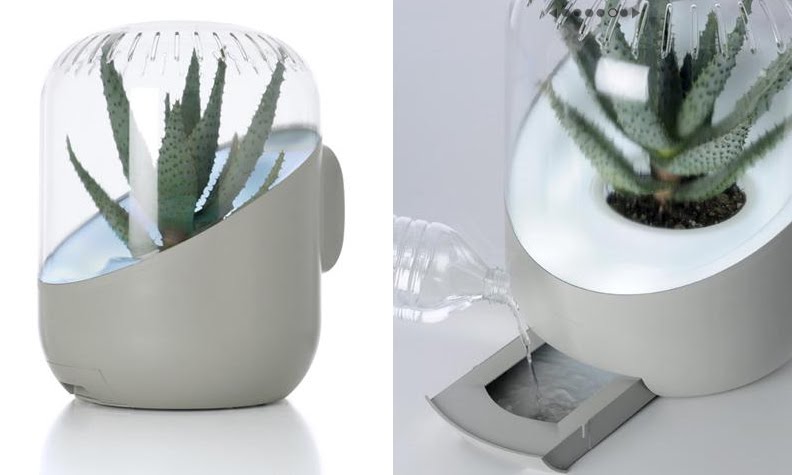 As described in Living Filters in Urban Design, to appear in Ecological Urbanism (edited by Mohsen Mostafavi, 2009), ANDREA elevates the science of pure air into an art form by bringing fresh air and stylish design into the home and office.

* Transforms any household plant into an effective air cleaner for your home or office
* Cleans air locally and rapidly, therefore can be turned on and off throughout the day
* Uses any household plant (sold separately)
* Absorbs and metabolizes noxious chemicals
* Biochemically transforms waste
* Ozone-free operation
* Low power consumption
* No replaceable filters
* Complements any décor (okay, that I cannot agree with… perhaps any modern decor)

Any kind of household plant can be used as the filtration agent, offering freedom to select the foliage that best suits the motif of any part of your home. Simply put, it’s where form and function come together beautifully.

ANDREA is perfect for any room in the house. It is especially effective in high-use areas where air can stagnate, and harmful gases gather, such as bedrooms, home offices, kitchens & dining, family and living rooms.