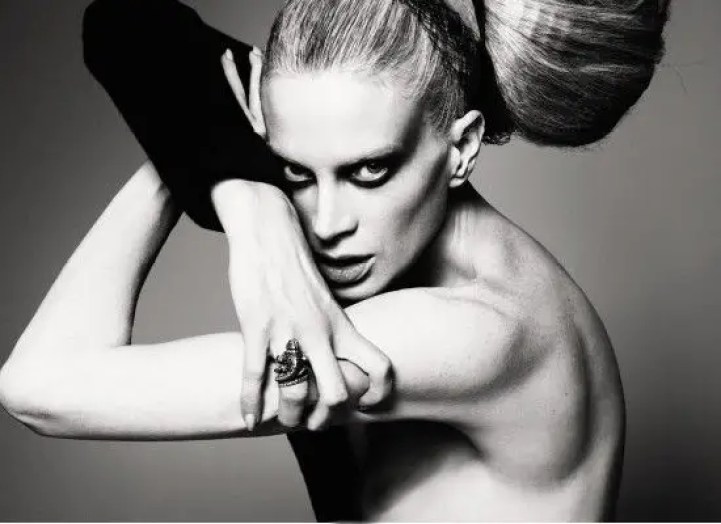 above: Kristen McMenamy from the interior editorial in the magazine

Shot by talented and respected fashion photographers Mert Alas and Marcus Piggott, and styled by Katie Grand, the magazine’s 3rd issue and its 8 covers were very hyped. The Gap (UK) even proposed a limited edition Tee of each of the 8 covers: The T-shirts went on sale now at Dover Street Market in London and Colette in Paris, priced £30 and quickly sold out. All profits from the GAP LOVE tee shirts went to support Haiti. The one exception was Kate Moss’ tee, whose profits went to Great Ormond Street, a UK children’s charity.

The R-Rated images must be seen on our tumblr site
Because the following 18 photos of the covers and editorial images are very risqué, they are not in compliance with Google Ad Sense and therefore must be viewed on our tumblr site here.

From Waste to Wow: McDCouture Collection Created From McDonald’s Packaging.

Luis Monteiro for Shady ZeinEldine, The Melding of Great Photography and Great Fashion.