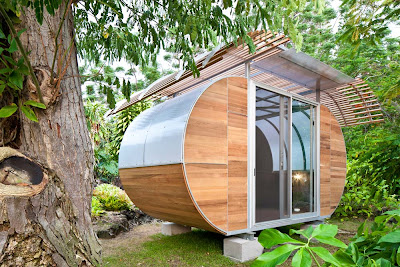 The House Arc is a modular off-the-grid housing solution where the pieces are shipped (ideally, fabricated locally) to the site and erected by the user or community. The future goal of the House Arc is to house people in devastated areas after catastrophic events and replace housing that was not built to withstand such forces. 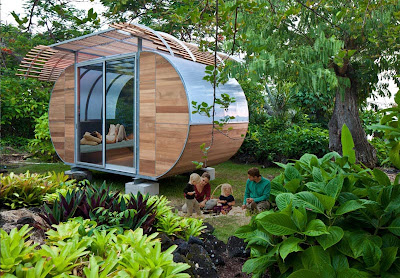 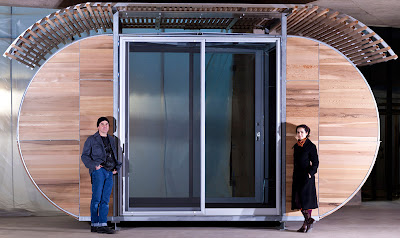 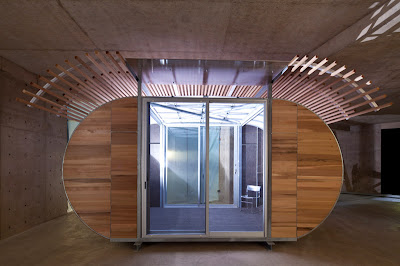 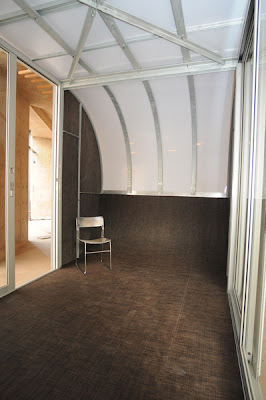 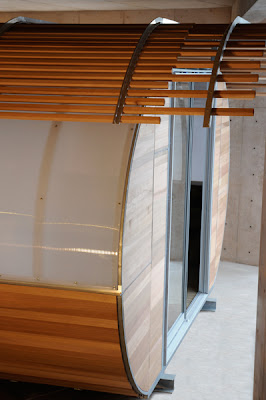 The House Arc could be utilized in locations where natural disasters have displaced people, such as Haiti and New Orleans. Hopefully, organizations dedicated to finding the most affordable off-the-grid modular housing solutions will consider the House Arc. 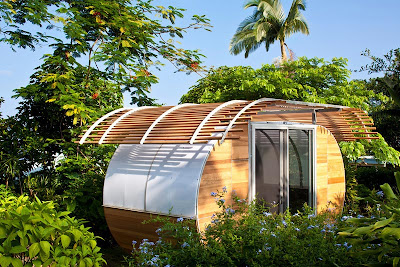 The first House Arc was permanently installed on the Big Island of Hawaii in 2010 (a time lapse video of that construction can be seen at the end of this post.) Large windows provide natural light, maintain views, and funnel in ocean breezes to cool the interior while the shading trellis limits heat infiltration. 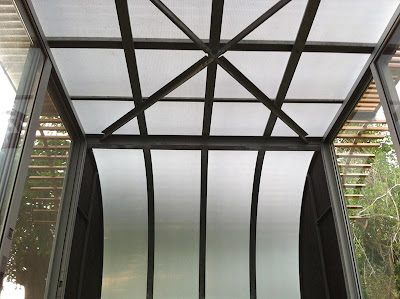 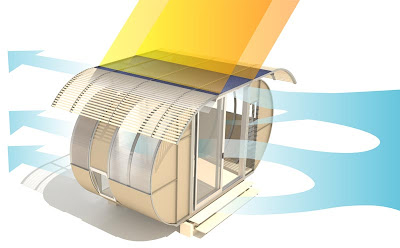 The raised structure allows air to flow underneath for cooling, functions with the site terrain, and maintains the permeability of the site. 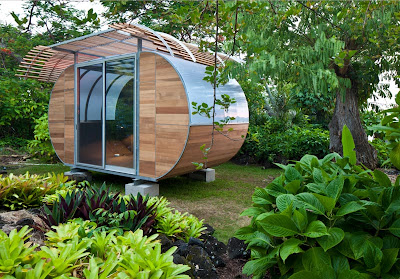 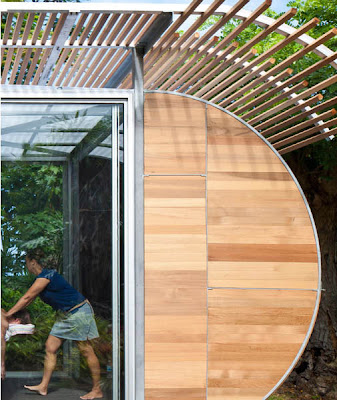 The House Arc’s simple and modular design allows it to be assembled extremely quickly. Construction assembly is much like building modular furniture with a kit of parts and an easy-to-follow, graphic installation manual requiring no special training. 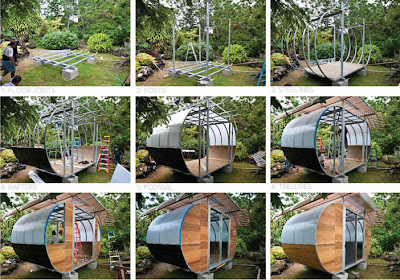 Time lapse video of the House Arc being constructed in Hawaii:

The Rock House by Jarmund/Vigsnæs Architects