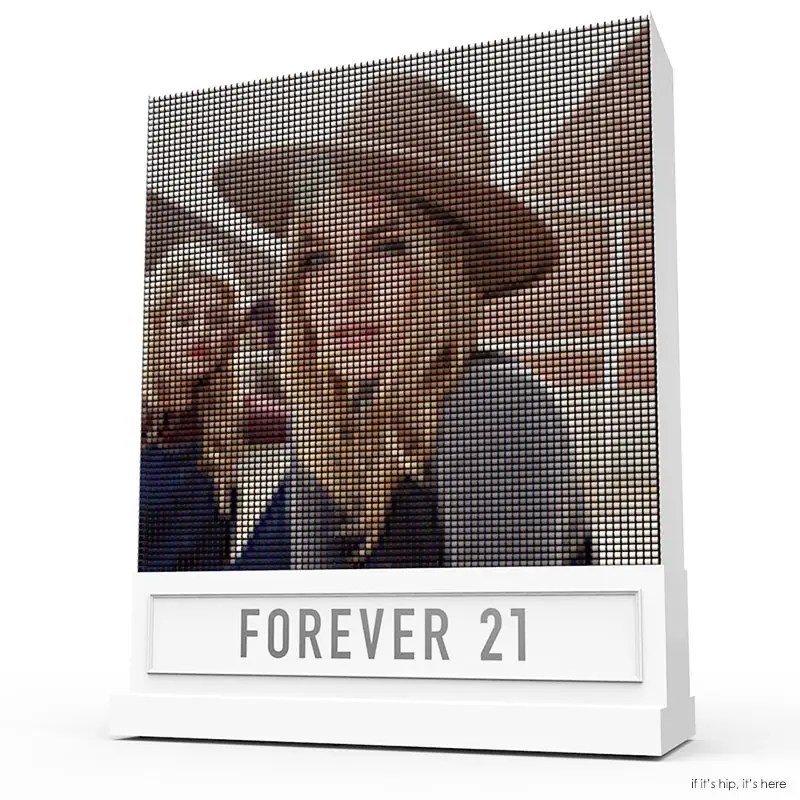 Trendy fashion brand Forever 21 and BREAKFAST New York have launched the F21 Thread Screen, a 2,000 lb machine that uses 6,400 mechanical spools of thread to display Instagrams that are hashtagged with #F21ThreadScreen.

It will be streaming live online 24 hours a day from July 22-28th, and users will receive an auto-edited video of their Instagrams being displayed on the screen. The F21 Thread Screen is celebrating Forever 21’s back-to-school Tried and True campaign, allowing best friends from anywhere around the world to receive a video of themselves together unlike anything they’ve seen before. 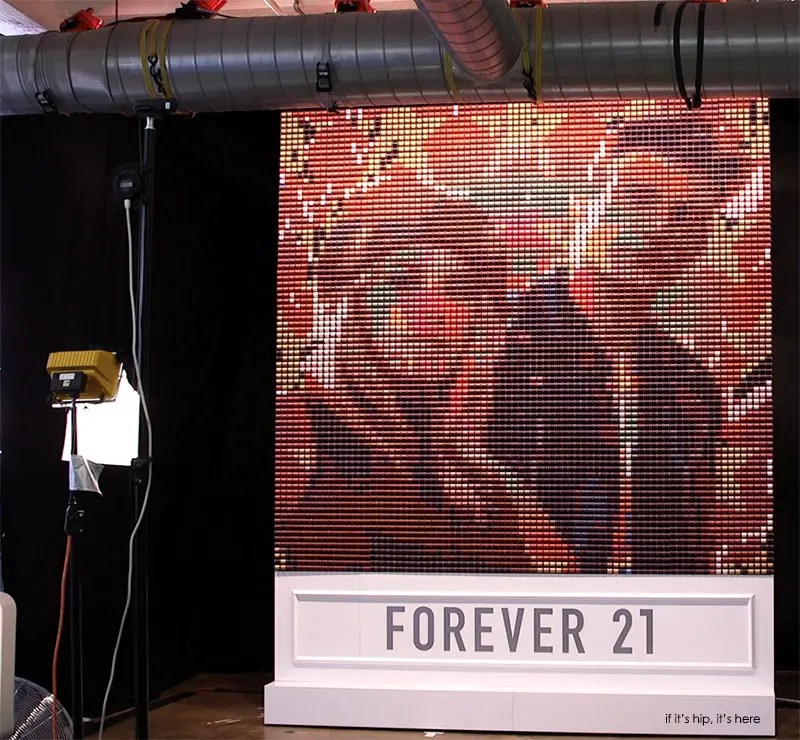 The F21 Thread Screen is a 2,000 pound machine that uses 6,400 mechanical spools of thread to display Instagrams hashtagged with #F21ThreadScreen. Melding fashion and technology, the Thread Screen is truly beautiful and unique. Hashtag an Instagram of you and your Tried and True friends and see yourselves in a way unlike anything you’ve seen before.

An example of one in progress:

How Does It Work?

The F21 Thread Screen is one of the most complex machines ever built for a brand. It’s comprised of 200,000+ parts – over 8 times what you’d find in your car. Every component, from the thousands of motors and gears, to the 600 pounds of milled aluminum, to the turned wooden spools – all have been custom designed, engineered, and manufactured from scratch. Despite the massive complexities living under the hood, the result is a beautiful and simple looking display that is mesmerizing to watch.

Testing an animated gif on the screen at Breakfast: The Superstructure:
Supporting thousands of pounds requires a serious supporting superstructure. Made up of over 100 individual pieces of aluminum, the superstructure creates an extremely strong, yet lightweight, foundation for the screen to live on. 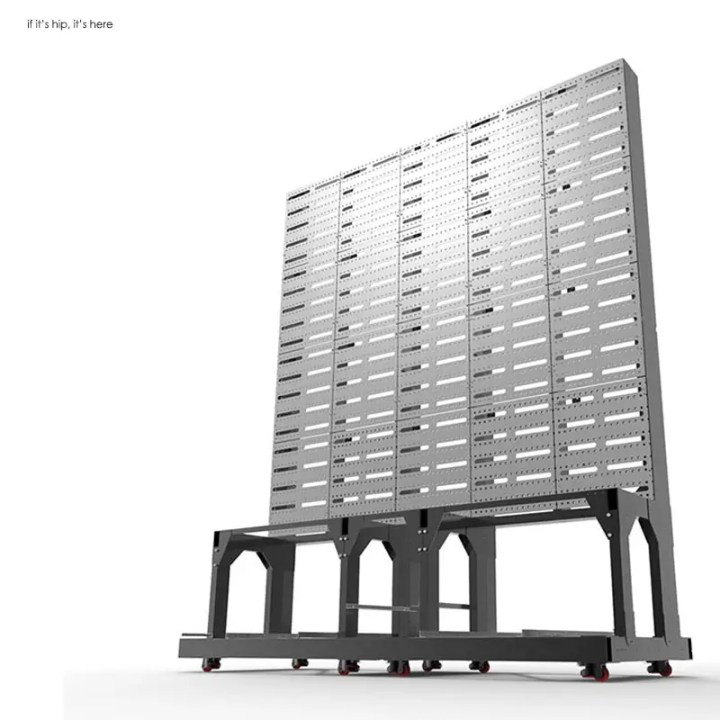 Forever 21 Thread Screen: Behind the Scenes:

Adweek reports “Forever 21 was looking to experiment with something quite different than what they’ve done in the past,” says Breakfast co-founder and chief creative officer Andrew Zolty. “They gave us a rather open brief, and from the start we knew we wanted to build a Web-connected experience that anyone could try from anywhere in the world.” He adds: “We focused on thread, with it being the most basic element of fashion and quite versatile. We also focused on Instagram, as it’s the most artistic/creative of social networks, and Forever 21 has a massive following on there. [With 7.5 million followers, it’s the 45th most followed account.] The idea developed from there.”

About Forever 21
Forever 21, Inc., headquartered in Los Angeles, California, is a fashion retailer of women’s, men’s and kid’s clothing and accessories and is known for offering the hottest, most current fashion trends at a great value to consumers. This model operates by keeping the store exciting with new merchandise brought in daily. Founded in 1984, Forever 21 operates more than 700 stores in 48 countries with retailers in the United States, Australia, Brazil, Canada, China, France, Germany, Hong Kong, India, Israel, Japan, Korea, Latin America, Mexico, Philippines and United Kingdom. For more information please visit: www.newsroom.forever21.com

About BREAKFAST
BREAKFAST LLC, headquartered in Brooklyn, New York, is a rapid product and prototype company that develops IP for companies and brands, along with developing their own products such as Points – The Smart Street Sign, and Instaprint – The World’s Most Popular Photo Booth for Instagram. For more information please visit: www.breakfastny.com.

Eggs + Sharpies And The Egg-Bot Will Do The Decorating Work For You.